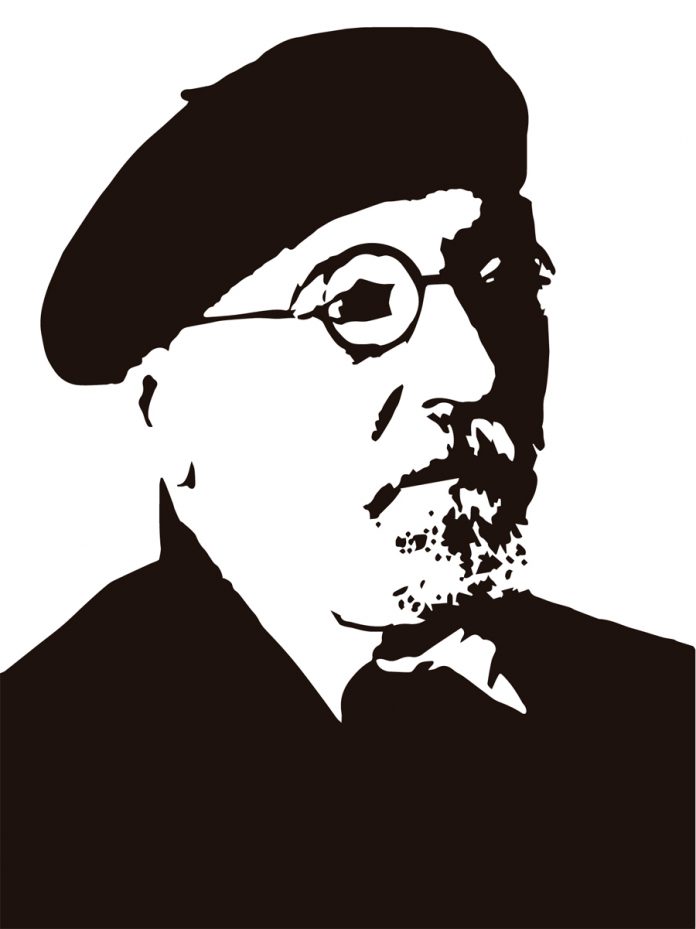 The writer Miguel de Unamuno arrived in Fuerteventura as an exile in March 1924. The reason, having insulted Primo de Rivera’s dictatorial regime. The time he was confined in the island was dedicated to reading, writing some sonnets that would be published, later on, under the title «From Fuerteventura to Paris»; he also toured different points of the island geography by camel or by car.

He was struck by the names of its villages, the local flora and fauna, and the life style of «majoreros». He wrote down his impressions on some notebooks that he published later on in some articles and literary works. Ninety-three years after his visit we tour again, carrying his works in our hands, the places and landscapes that captivated that man from Bilbao.

Our first stop is Miguel de Unamuno’s Museum house, in Puerto del Rosario, a dwelling from the XIX C, an inn at those times under the name of Hotel Fuerteventura. It took in this writer and his exiled fellow Rodrigo Soriano for the four months they stayed in the island. This dwelling still has some furniture used by the author of Niebla, apart from some pictures, literary passages where he talks about Fuerteventura and some letters he exchanged, later on, with his «majorero» friend Ramón Castañeyra.

Some metres away from the museum we find the church of Puerto del Rosario, witness of the friendship between Unamuno and the priest Víctor San Martín, from La Rioja, who in 1924 officiated the mass in Nuestra Señora del Rosario and with whom he went for some walks and had some conversations about the existential doubts that tormented the author of San Manuel Bueno Mártir at those times.

Other spots of the ancient Puerto de Cabras were also witnesses of the writer’s visit, like the crag located near where today we find the Training and Congress Centre,«that crag where I used to go and dream», La molina de los Oramas, which he mentions in his article «El Gofio», published in The Argentinian magazine Caras y Caretas, in June 1924; the ancient Casa de los Miller in the quarter of Los Pozos or Playa Blanca, to which he dedicates a sonnet whose verses read:

Next to Ramón Castañeyra and some other fellows of social gatherings that took place every afternoon in los Castañera’s home, he visited Casillas del Ángel, Tetir, Antigua, La Oliva, Tiscamanita, Vega de Río Palmas and Toto, and he was struck by the names of those places, coming from the aborigine culture.

The tour of Unamuno around the island also stops in Betancuria. There he gazes at the remains of the Franciscan monastery and he writes down some ideas to write, later on, another sonnet of his exile diary, which he dedicates to Betancuria:

Pájara is another spot of this literary stop. There, Unamuno is struck by the beauty of its church façade: «there is a small church and that «iglesuca» of Pájara has a façade where a sculptor, who seems to have been inspired by an aborigine from the Occidental India, has designed some borders and some symbolic figures that, due to their style, remind us of Inca or Aztec ornaments». He also goes to Ajui to see the palm tree, about which he writes in one of his sonnets: « es una antorcha al aire esta palmera».

His trekking of this island will also take him to the most singular mountains of the island: that of Cardón, about which he writes, in his article «Los Reinos de Fuerteventura»: «Y pasar al pie de la montaña Cardones!- Ayer la bordamos, sólo que en auto-, donde estaba la sepultura del gigante Mahán, que medía 22 pies de largo!», or in the north, La Montaña Quemada, in Tindaya, where he even says he would like to be buried. A bust on the mountain, by the sculptor Juan Borges, reminds us of the visit of the writer.

On July 9th, Miguel de Unamuno sets off to Caleta de Fuste. There, Zeelandia was awaiting him, the ship that would put and end to his exile in Fuerteventura.

The trace of Unamuno on the island will remain in time. A good way to remember him is to read his works and to visit those places that captivated this man from Bilbao.