Home What to see 5 must-visits in the municipality of Antigua to discover the history and... 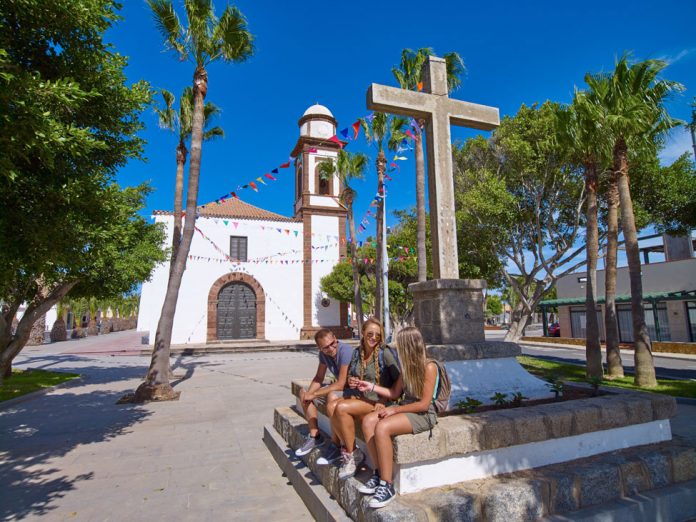 The island of Fuerteventura is a natural paradise known worldwide for its landscapes and hundreds of heavenly beaches.

But it is a land that also offers many stories to tell: stories of volcanic formations dating from more than 20 million years; stories of pirates and privateers, of aborigines, of conquests; stories of a friendly people’s survival in an inhospitable land…

We tell you some of those stories of the past through a visit around places of historic and cultural interest in Antigua, the municipality that includes Caleta de Fuste, right in the heart of the island. Its capital, called Antigua too, emanates tradition and culture everywhere; a beautiful church, museums, windmills, a traditional farmers’ market…

The valley of Pozo Negro, heading south from Caleta de Fuste next to the village and the beach with the same name, houses one of the historical wonders of Fuerteventura: the archaeological site of Poblado de La Atalayita.
This settlement, turned into a museum, is the best sample of the social organisation and way of life of the Mahos: the aborigines that inhabited the island of Fuerteventura until the beginning of the 15th century, when the Conquest by the European Normans started.
Hundreds of small constructions that were used as homes and cattle pens make up this must-visit that is, moreover, located in a natural landscape of great value and beauty.
Timetable. 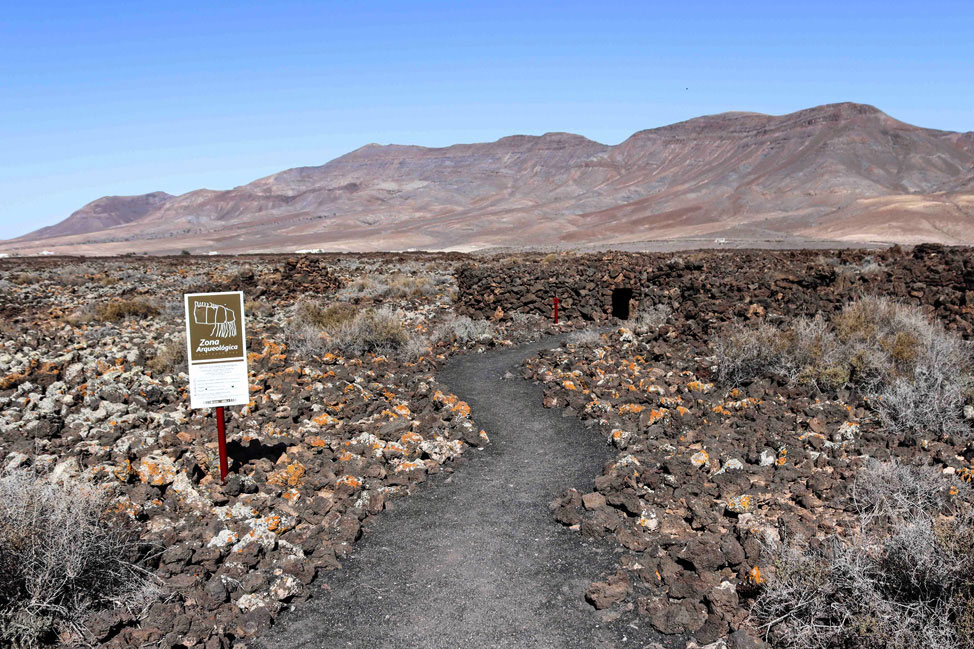 A few kilometres towards the south from Caleta de Fuste are the Salinas del Carmen salt works and its Salt Museum, one of the most special living witnesses to the history of Fuerteventura; to the history, because they were founded back in the 18th century and, living, because nowadays its salt pans, in the sight of the visitors, still produce one of the richest salts in the world using the traditional method.
The visit is unavoidable: a setting of great beauty, with the salt pans on the shore of the sea, the salt piles and the huge skeleton of a whale as a backdrop; an interactive museum full of curiosities, a restaurant with top views and an excellent menu… and don’t forget to visit the shop and take home a piece of Fuerteventura in the way of salt, which is, by the way, exquisite.
From Tuesday to Saturday from 10am to 5pm

The Antigua Windmill, located in the town with the same name, is many things: it is an Asset of Cultural Interest, together with the other 22 windmills on Fuerteventura; it is a sample of the way of living of the island’s people and their self-provision techniques in a deserted and hostile land; it is a beautiful garden with cacti and local plants and, since some years ago, it is the museum of the renowned Majorero cheese, pride of the island with Denomination of Origin since 1996.
From Tuesday to Saturday from 10am to 5pm

If you come to Fuerteventura on holiday and you stay in Caleta de Fuste, we recommend to you without any doubt the stunning stone tower taken from another era that you will see at the end of the beach: the Tower of San Buenaventura. Today it is a decorative architectural element, a remainder of the history that the island has behind it, but in the early 18th century it had an important mission: defend the bay of Caleta de Fuste, one of the three main ports that the island had, from the constant attacks of the privateers and pirates with the iron canyons that it had on its top. 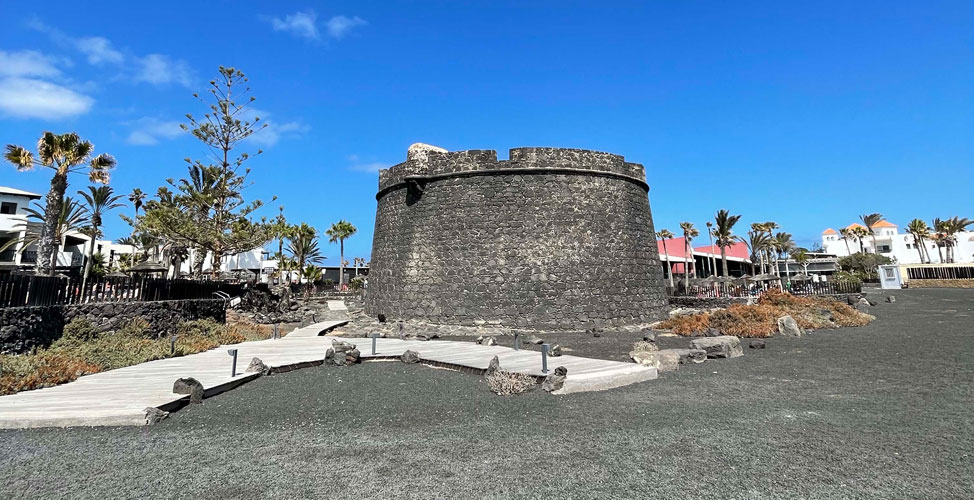 Another proof of the way of living of the ancient Majoreros can be found scattered on the coastline of the island here and there. They are lime kilns, constructions where the limestone used to be cooked. One of the most beautiful and well-preserved kilns is at the end of La Guirra beach in Caleta de Fuste, which was one of the main ports for the lime market. 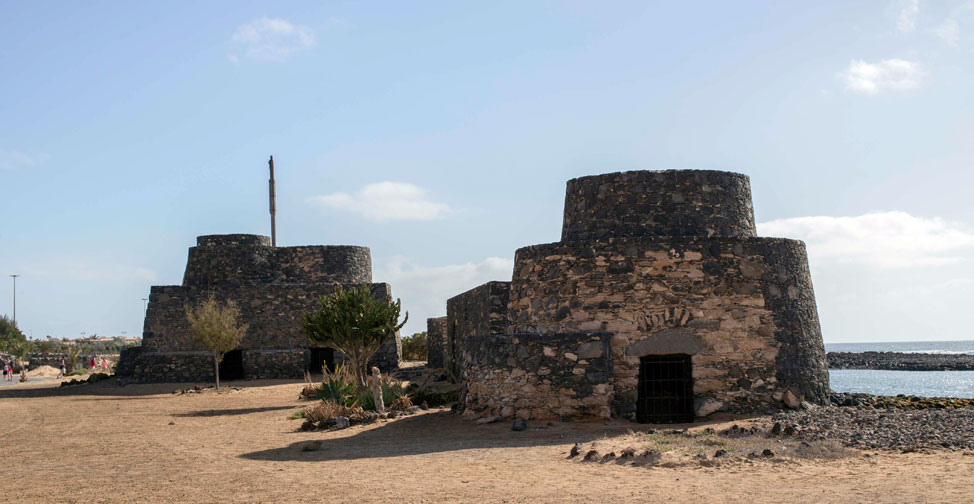 All this is just small evidence that next to the fine sand that surrounds the island that has been forming for millions of years to give us these dream beaches, is the legacy of a people of different eras and their strategies to manage to live here, leaving in their wake endless stories for us to discover.