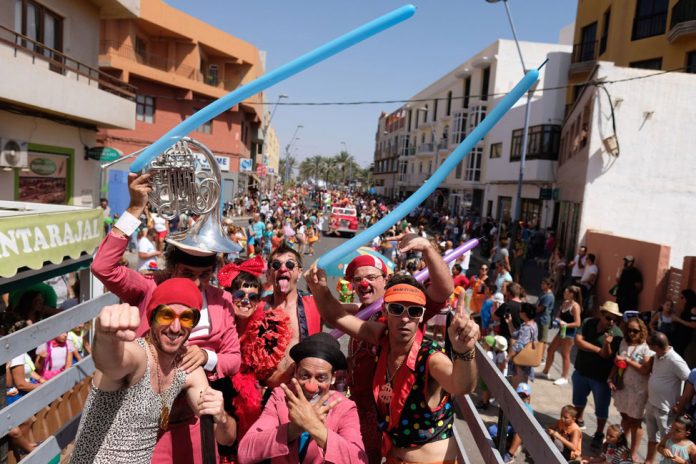 The International Clown Festival of Fuerteventura, Tran Tran, one of the funniest family appointments in The Canary Islands, will have artists coming from all over the world who will delight us with over 50 performances in the streets, squares, avenues and in Gran Tarajal beach.

OVER 20.000 PEOPLE ARE EXPECTED IN THIS 9TH EDITION OF THE CLOWN FESTIVAL IN FUERTEVENTURA, WHICH WILL TAKE PLACE BETWEEN THE 13TH AND 15TH OF SEPTEMBER IN GRAN TARAJAL.

An event specialized in the clown genre, where we’ll enjoy circus shows, magic, acrobatics, street theatre, humour, dance or juggling for all audiences. More than 50 free performances and activities with artists and companies coming from all over the world: Uruguay, Chile, Poland, Argentina, Italy, Aragon, Madrid, Catalonia, Valencia, Andalusia, Asturias, Extremadura and The Canary Islands.

The festival starts on September 13th at 18h00 with a programme where, apart from the performances, a great amount of parallel activities for all audiences stand out.

The great parade, the festival emblem, will take place on Saturday 14th at 11:30h, a display of colour and joy created, to a great extent, by the neighbours of Gran Tarajal themselves who, with effort and eagerness, have managed to place this event as one of the greatest clown parades in Europe.

Once the great parade has finished, performances and parallel activities will take place on the different stages, and they won’t stop until late at night. Workshops of laughter therapy, balloon sculpture, clown initiation, artistic make-up, soap bubbles, juggling for the youngest and «the great cake war» where all the family can take part in.

Among the more than 10 different stages proposed by the organization we must highlight the circus tent, located on the beach, which changes the look of the bay completely, giving it the appearance of a true circus fair.

One more year the different theme areas have been fitted out with specific activities: The NGOs charity zone, the flea market, fair attractions, music, dance and recycling areas, and the Hospitrán area, with a fair of laugher and charity events.

And for night birds, la «Fiesta Perraka Clown», an amusing show fusing Dj-Clowns and the participation of the public, which is consolidated year after year.

At the same time, there’ll be visits to the Hospital of Fuerteventura island and schools with didactic sheets by the clown Chanita, one of the most interesting actions to promote the new public linked to education and the promotion of values. Moreover, two charity gala events will be celebrated on Wednesday, September 11th in the Auditorium of Corralejo and on Thursday September 12th, in the Auditorium of Puerto del Rosario.

The Festival will finish on Sunday, with a day where laughter and performances by the sea will intermingle, together with the popular «cakes war», taking place at the very sea shore.
Tran Tran is an example of popular participation and social implication, as it has a team of 80 volunteers that are actively involved in the organization. A people devoted to the festival, where the very businessmen take part in by decorating their shop windows and by making promotions and special offers.

THE WHOLE PROGRAMME AND ALL THE INFORMATION IS AVAILABLE ON WWW.FESTIVALTRANTRAN.COM 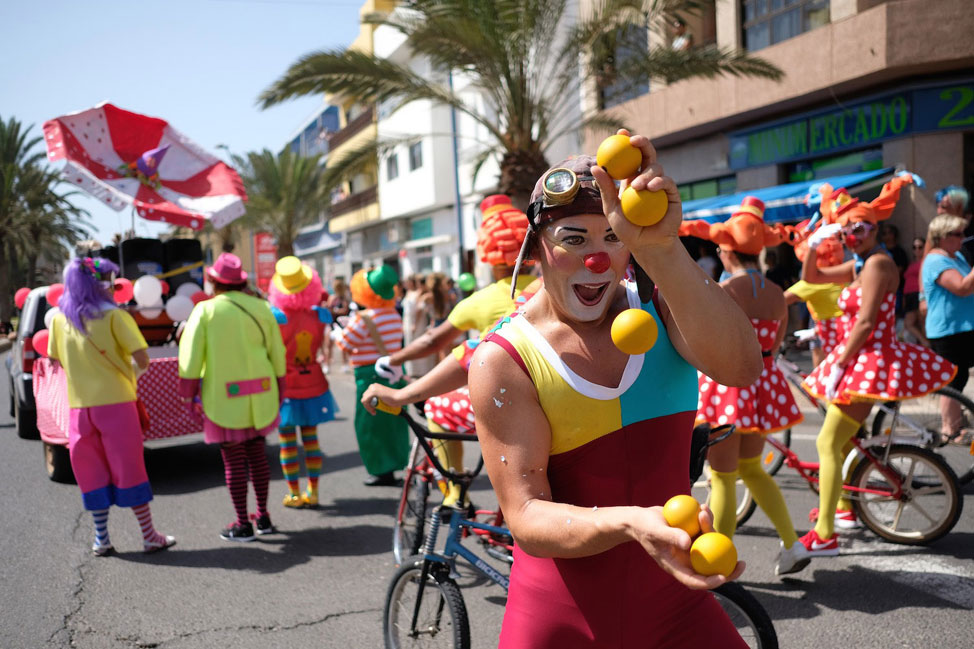 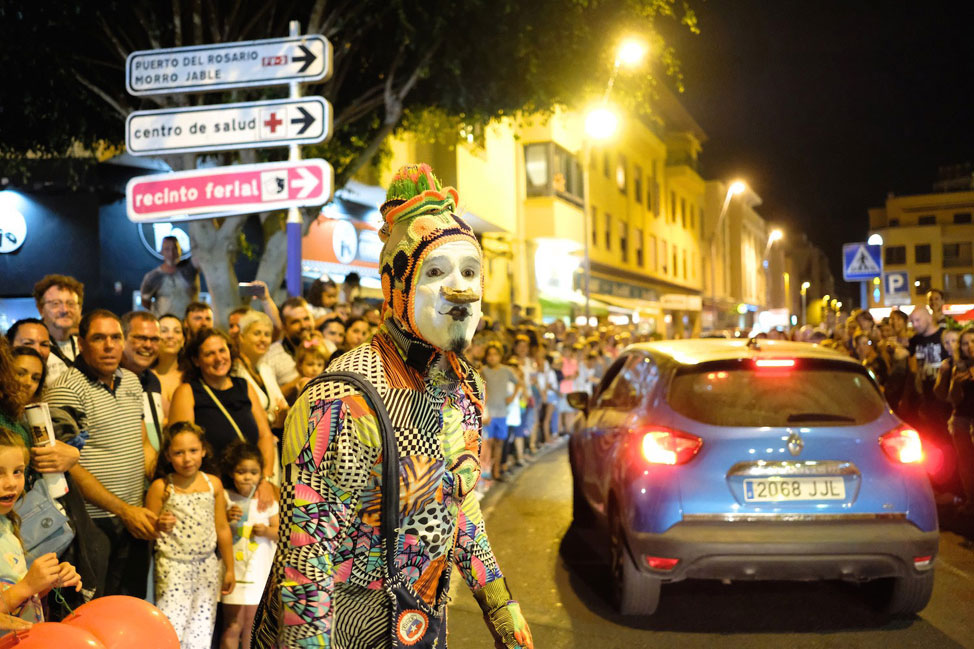 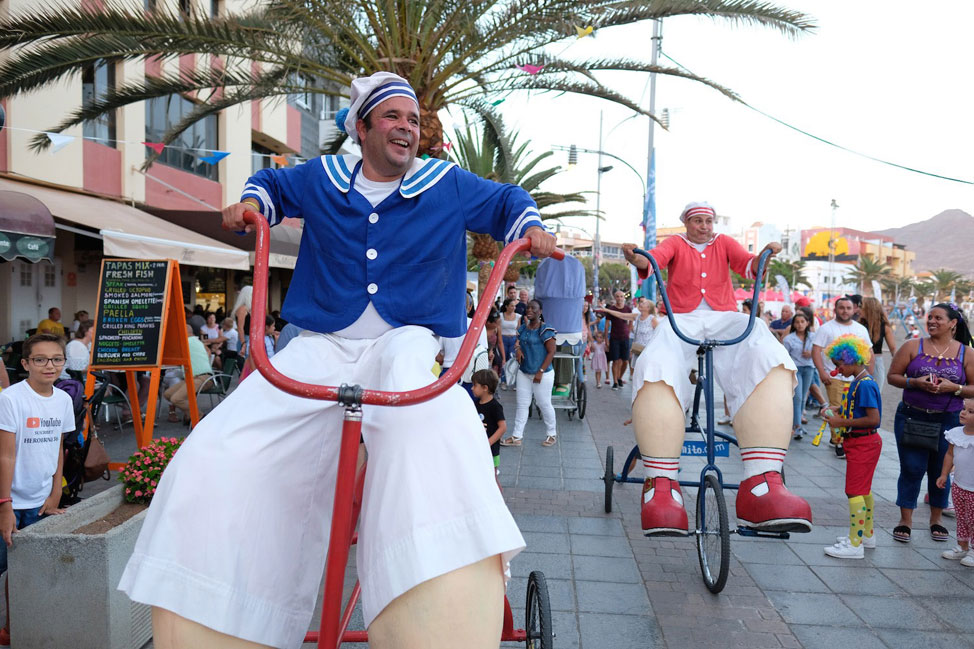 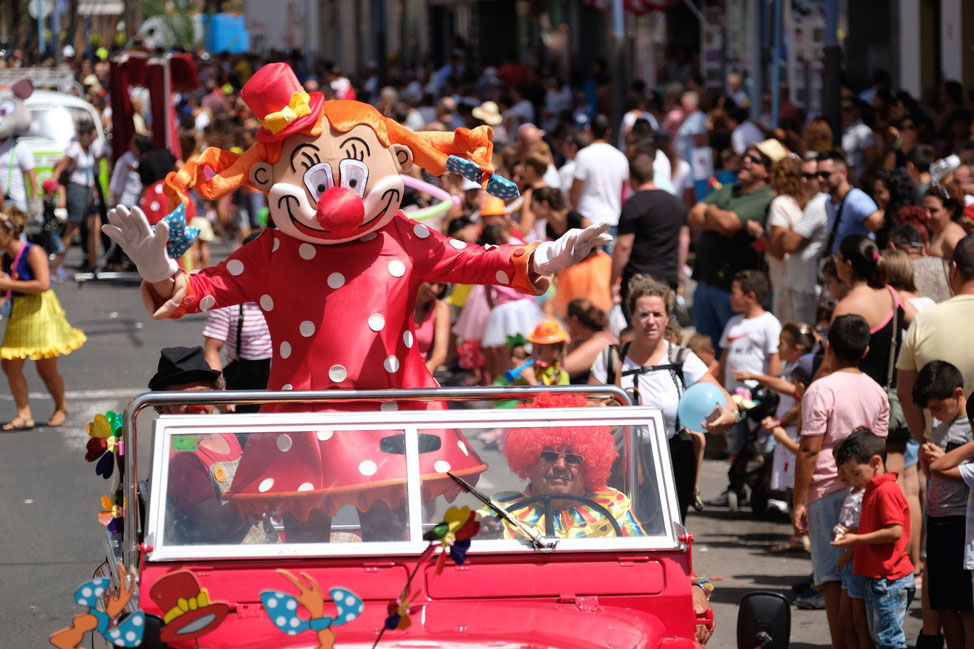