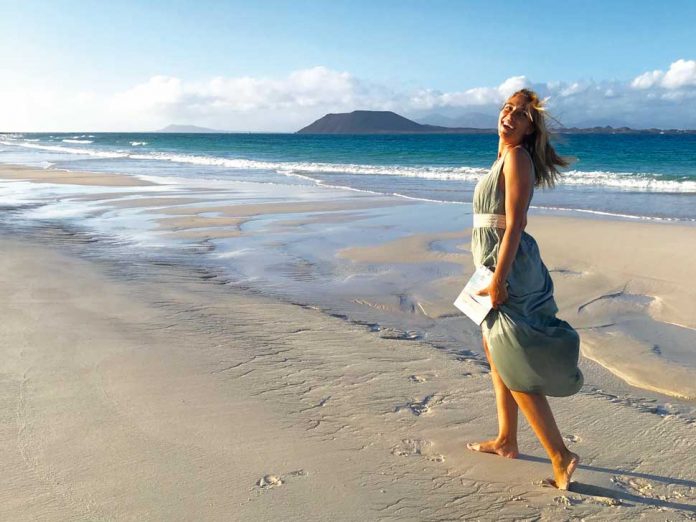 Agustina Cadel got to Fuerteventura some four years ago. This has been her last stop up to now in a very intense travel she set out on from her native Argentina. After studying law and working in different lawyers’ offices in her native city, developing professionally, she realised that in the puzzle of her life there was a piece that didn’t fit: she couldn’t feel the personal growth she longed for.

That piece, that non-conformism many of us occasionally feel, led her to look for other paths. So, in 2010, she settled down in Valencia, where she studied oriental philosophy for years and she introduced into the practice of yoga, whose teachings really determined her life style and her understanding of everything around her, «everything started to make sense in my life».
Writing was always among her hobbies, but it wasn’t until 2014 that she had the idea of writing this novel and the time to materialise it: «I wanted to write something that could be useful to all those who want to go beyond the boundaries their own lives seem to have, to experience that which they’ve always wanted to, setting out on the interesting trip of understanding how our mind works». This is how #todoesposible starts to take shape, a book that, as Agustina tells us, «though it could be among the self-help book shelf in libraries, it’s got the shape of an attractive narration told by a character that brings us her own self-discovery experience so the readers can identify their own process.

Is this an autobiographic novel? Is it your own experience you’re telling us?
No, it isn’t purely autobiographic, it’s fiction, though there are pieces of me in it and, of course, I recognise myself in many characters. Well, actually there is a character who is entirely based on someone I know, someone from Fuerteventura, and I’m looking forward to that person recognising themselves and telling me (lol)

Tell us about #todoesposible, a little review.
It’s about a trip, an adventure the main character embarks on and leads her into the world of self-discovery and ends up by revealing the secrets of a happy life. A message of hope, with plain explanations to initiate this path of personal knowledge. It’s a cool novel, easy to read and leading us to the idea that everything is possible.

It must be gratifying, having your novel released at last, has it taken long?
Yes, it’s been a long but rewarding and entertaining process of which I’ve enjoyed every single second. I started to write it in 2014, I finished it in 2016, and from that moment I’ve been editing it every time I’ve wished to, without obligations and timetable. At a personal level, It’s been a very gratifying and creative experience. In April this year I finally presented it in the book fair in Barcelona; then, in the Book Week in Fuerteventura, and nowadays I am in full process of promotion. What I’ve enjoyed the most been the materialisation of something that seemed distant, from the day I had the idea of embarking on this trip to the moment I’ve had the book printed, so, everything is possible.

It’s also an illustrated novel, with beautiful illustrations by Ilaria Morresi(@ilalovesmowgli), What does this contribute to the story?
Ilaria is a great illustrator, and she’s caught, in beautiful images, what I was depicting in words. We set down to work and we understood each other right away; we decided not to show the characters in these illustrations so the reader could fly and imagine freely. I’m happy about the outcome.

Where can we get #todoesposible?
In almost all the digital platforms, in my web site www.agustinacadel.com, and here in Fuerteventura it’s available in Tagoror bookshop, although you can order it in almost all the bookshops in the country and, of course, I have it… And mine includes a dedicatory.

Have you got any future publication currently on the table?
I’ve got a story book in full swing, nothing to do with this novel, but every story has a kind of message that makes you think, addressed to adult readers. And of course, I have the second part of #todoesposible on the go, which isn’t exactly a continuation but a split of the same main character.

Looking forward to seeing her future releases, we set down to reading her first novel, to embark on that trip that leads us to understanding and internalising that actually, everything is possible. 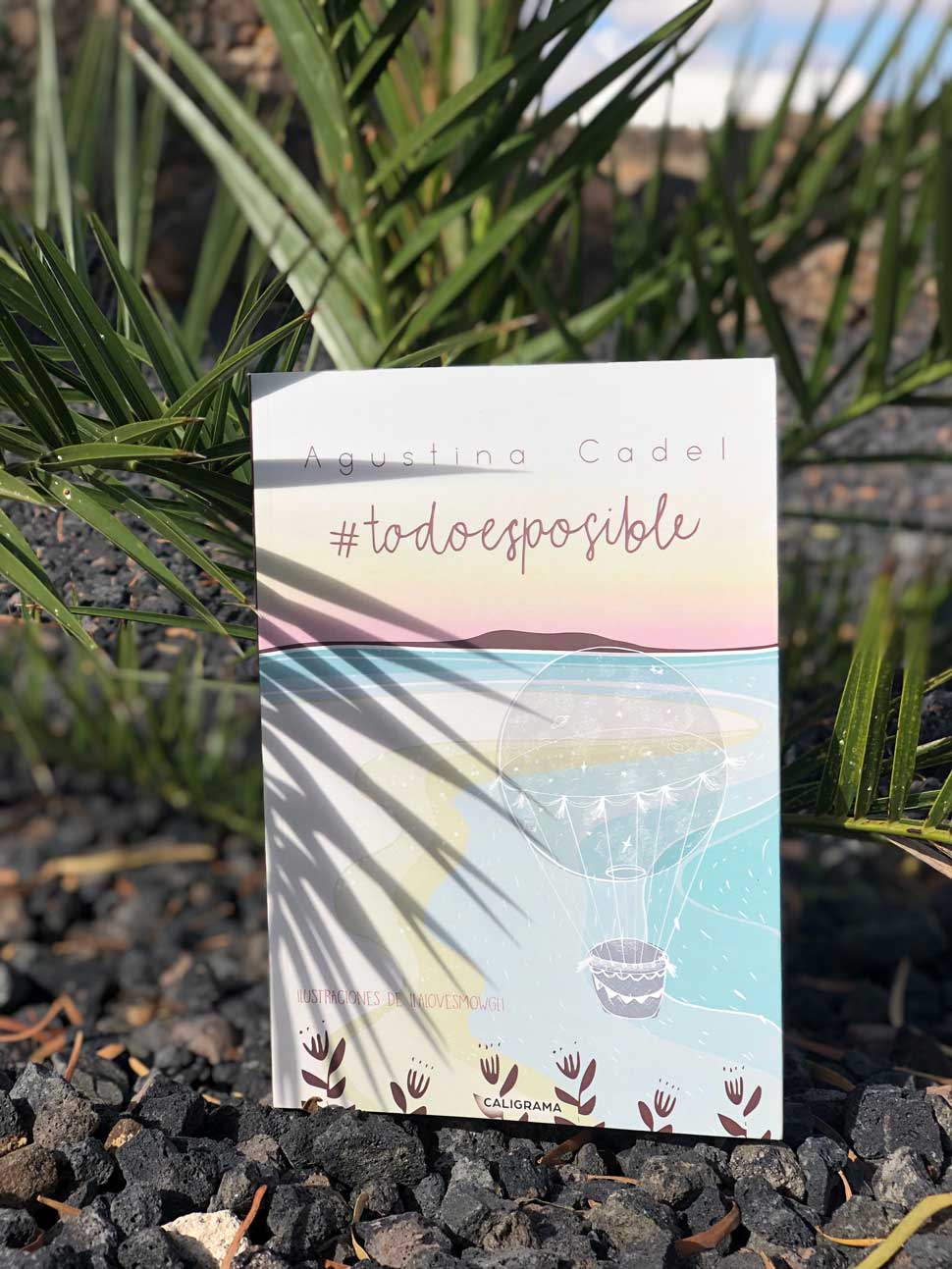 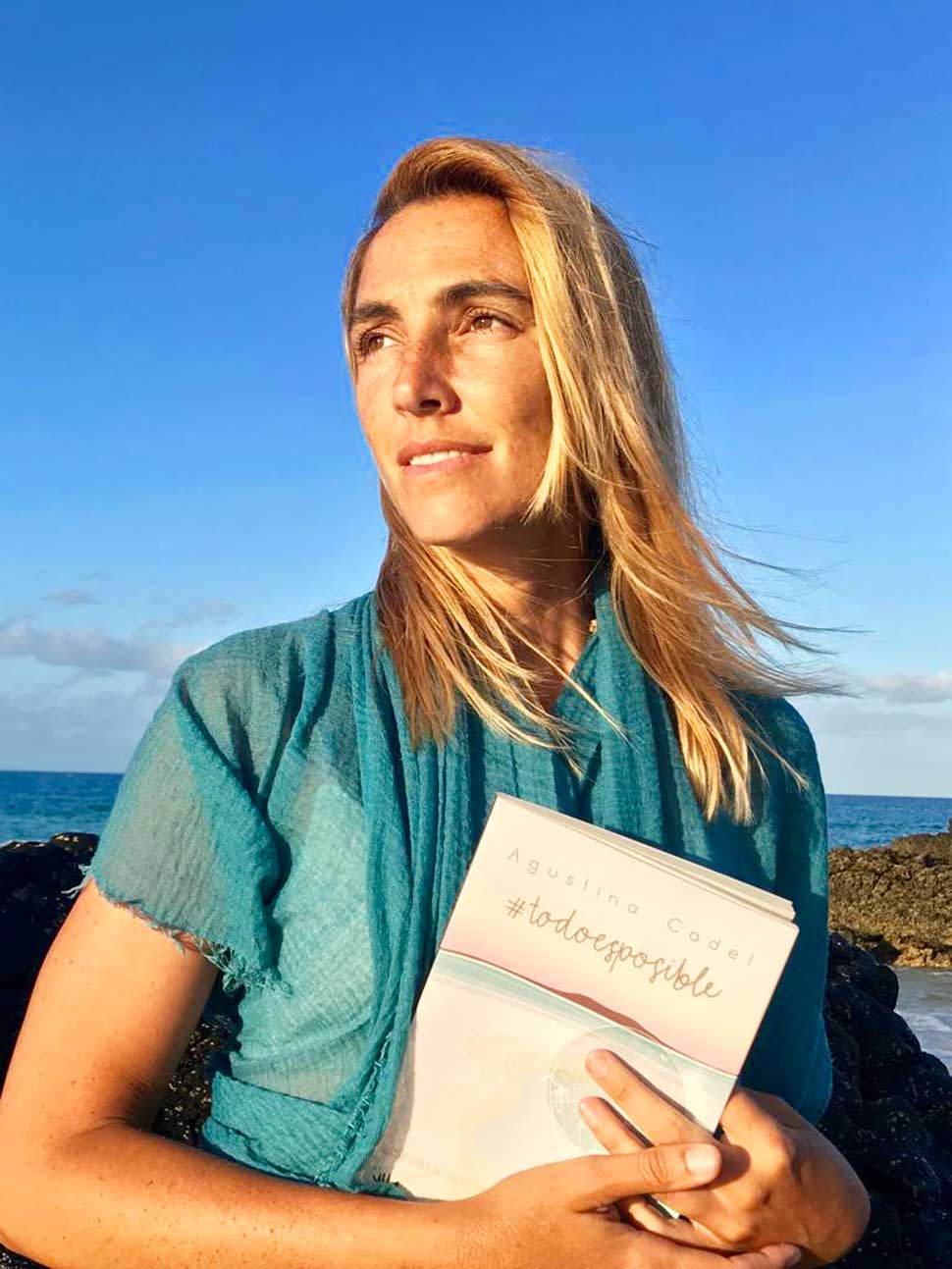