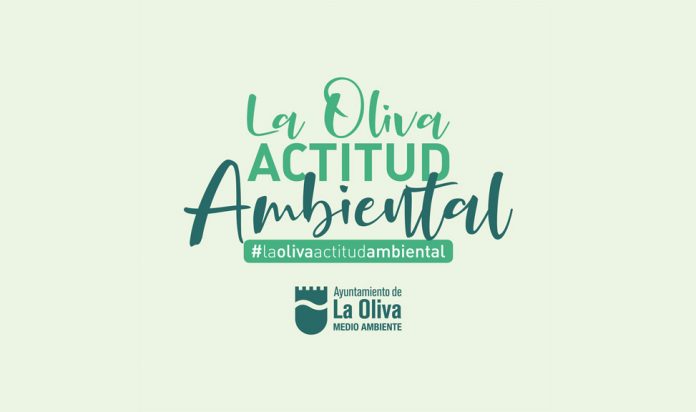 The campaign #LaOlivaActitudAmbiental, an initiative promoted by the townhall in La Oliva from the department of environment council, makes the population of this municipality in the north aware of the respect for the natural environment.

I PROMISE AND GET INVOLVED

As a starting point of this campaign, a series of “nature protectors”, people and collectives from the village selected for their environmentally friendly attitude and their influence, have been in charge of spreading it in the social networks. Through a video where they show this attitude, under the slogan “I promise and get involved” everyone of them promises to be aware of the respect for the environment and involves other people or firms to join the campaign, making it viralize the web and reach all the corners of the municipality.
The first protagonists that have offered their help in a most altruistic way, moved by their interest to do their bit to make out of the environment and the world a more sustainable place, have been: Luz Marina Rodríguez Luzma, well-known neighbour of El Cotillo and president of the association Cotillo Joven; Julia Castro, professional kitesurfer; Erika Castilla, designer and owner of the store Mojo Art Shop in Corralejo; Lazi Ruedegger, a local from Lajares, surfer and musician; Marcos Gutiérrez, famous chef in Casa Marcos; Salomon Moore, well-known dj and bodyboarder; Murga Las Sargoriás from Corralejo; Alina, president of the association Limpiaventura and Delfino, accompanied by other appreciated musicians in the municipality.
Thereafter, everything has been placed in the hands of the population and their wish to show their most committed and respectful side towards environment.
Many businesses and firms in the north of the island have wanted to join them showing in the social networks their environmentally friendly attitude, like Lapa Studio, SpaZensation del Playa Park Club, the home decoration store Mouja, Restaurante Marealta in El Cotillo, The school Parasalud de Lajares, Aloha Surf Academy, Consultorio Veterinario Lajares, Restaurante El Callao, Elena Azcue, Mojo de María, la Peña de la Amistad Femenino, Sicre Store, Pulaumi, Aguaprint… From here in Macaronesia, as it couldn’t have been otherwise, we also join to participate in such a nice and educational campaign.
We’ve seen tips of every kind by the neighbours who up to now have joined this initiative in the social networks, starting from a video of a neighbour on a bike and going on with a football team promising to collect and give bottle stoppers:
Not to use disposable plastic containers; reuse; to separate the waste properly; flattening plastic bottles and containers before throwing them away; consuming zero-kilometre products; pick up fag-ends from the beach, not the seaweed; to educate students in environmental values; respecting the hours of waste collection; using the car as little as possible; using the waste facilities for special waste,… are some of the environmental tips running in the web under the hashtag #LaOlivaActitudAmbiental.
But this doesn’t end here, the aim is that the campaign keeps spreading in time and space, and neighbours keep joining it to make La Oliva and the world a better place.
Municipal authorities, businesses, neighbours, visitors… we must establish environmentally friendly attitude in every corner and person, as to boast of environment the involvement of all of us is essential. 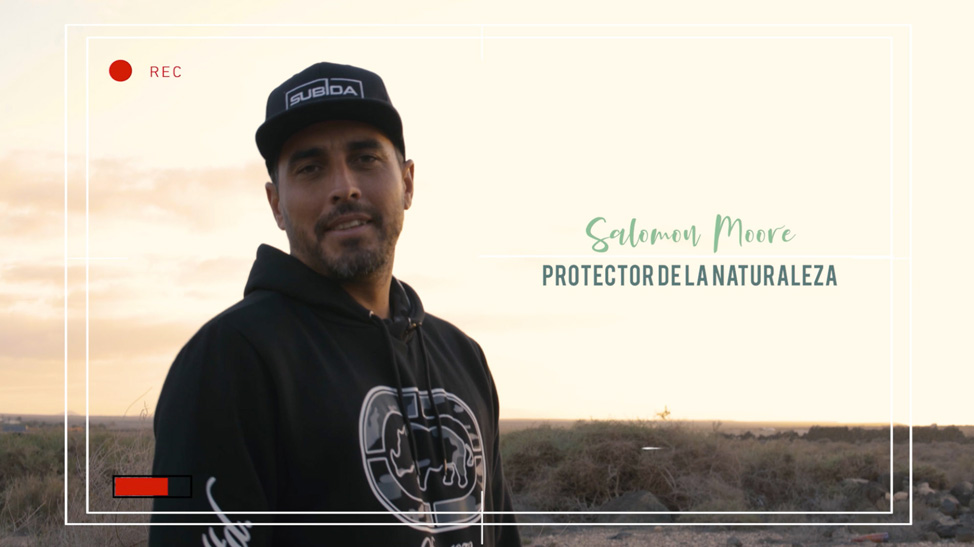