In 1739 Great Britain wages war on Spain, attacking colonies with its sea forces and with the help from Portugal. This is the so called War of Jenkins’ ear (1739-1748) and it takes place mainly in The Caribbean.

At those times, middle of the XVIII century, Fuerteventura was going through difficult times due to years of poor harvest that generated serious crisis and famine —many majoreros had no choice but to migrate to other islands in order to survive—; moreover, the established regime from the European conquest was that of dominions, which subjugated the population to the tyranny of the Island’s Lord.

From the declaration of war, The Canary Islands start to suffer the attacks by pirates, who captured loots and ships from the Islands to sell them later on in Madeira. Fuerteventura lacking fortresses and arm forces fot its protection was an easy prey, because of its geography and for being surrounded by beaches that allowed pirates and looters to access easily.

The majorero people was facing the danger alone, as well as the rest of the archipelago. In Fuerteventura, just like in the other islands, majoreros themselves organized popular militias, armed with sticks and stones to fight, if necessary, the pirates who intended to sack and control the island, either to occupy it or to exchange it for other lands later on. On October 13th 1740 a British corsair disembarks in Gran Tarajal and sacks Tuineje area; but a militia of neighbours in this region, lead by the lieutenant-colonel Sánchez Umpiérrez, decides to face the looters. We are talking about «El Cuchillete» battle, where the British were defeated by the popular militia, only armed with stones and sticks, so masterly handled by the Canarian people along history. 33 out of the 53 soldiers who disembarked were killed; the rest of them were captured by the majoreros.

One month later, on November 24th 1740, 55 pirates disembarked in the same area. This time the militia was more numerous and they counted on some fire arms they could obtain in the previous battle; we’re talking about the famous Tamasite battle. One of the strategies used by the islanders, and which seemed to be very common, was to use camels, so numerous then, as shields. Behind them the islanders and their masterly use of sticks and the few arms they already had, allowed majoreros to crush their invaders in the hand-to-hand fight. Gran Tarajal´s beach, in the municipality of Tuineje, became a battlefield for a moment.

The Canary islands were the target of constant attacks and loots during the XVI, XVII and XVIII centuries, by British, French, Berber and Dutch pirates and corsairs. Piracy fell in 1797, with the defeat of admiral Nelson in Santa Cruz de Tenerife, and it wasn’t until the XIX century that the Spanish Empire settled regular troops in this colony.

Every October 13th the village of Tuineje commemorates Tamasite Battle with its «Fiestas Juradas», which started with a promise made to San Miguel for having helped them defeat the British in 1740, playing out a large number of the facts that took place then. 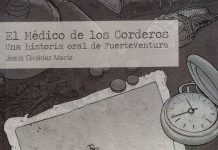