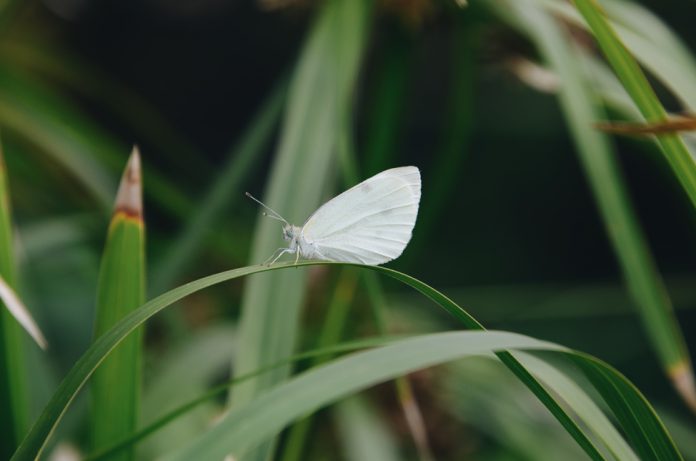 One of the things we notice in our environment is that the weather is different. Last February we’ve celebrated the global day of the wetlands under the logo «Let’s not let our wetlands dry up». And this is because the topic of this year is about weather change. The wetlands in our island are scarce but very valuable, and many of them are being affected by human action. They play a main role in the regulation of the water cycle, weather change and as a carbon sink. Their disappearance could bring about the releasing of greenhouse emissions in the atmosphere, not to speak about the environmental, social and economic benefits they entail.

Maybe it hasn’t rained a lot this winter (at least up to now), it only rained last autumn. This, together with the warm weather, makes the flowers in many plants bloom sooner and due to this, the number of animals feeding on them also increases, which is the case of butterflies.

Lepidoptera make up the second biggest group of insects after the beetles family, and most of them are night species. In Fuerteventura almost twenty different species have gathered; to write this small article I’ve been sitting in a garden with my camera for an hour and I’ve been able to count six species. Probably this list would grow if I waited for longer. Let’s comment on some of the day species briefly.

Fluttering on me I’ve seen quite a big monarch group (Danaus Plexipus), with their fragile, almost gliding flight. It’s unbelievable that such a delicate animal can migrate for over 4000 kilometres, having a stopover in the islands, which allows us to watch them.
Another migratory species is The painted lady (Vanessa cardui), very common in our archipelago when there is haze, or The red admiral (Vanessa atalanta). The Vanessa genus has endemic specie in La Macaronesia like The Canary red admiral (Vanessa vulcania). Butterflies feed on the nectar of the flowers they can suckle thanks to their proboscis. Some of them can suckle almost as quickly as a hummingbird!

I could also watch the cabbage butterfly (Pieris rapae), The Geranium Bronze (Cacyreus marshalli) or «La violetilla» (Zizeeria knysna), small but having a colour and some other details worth watching.