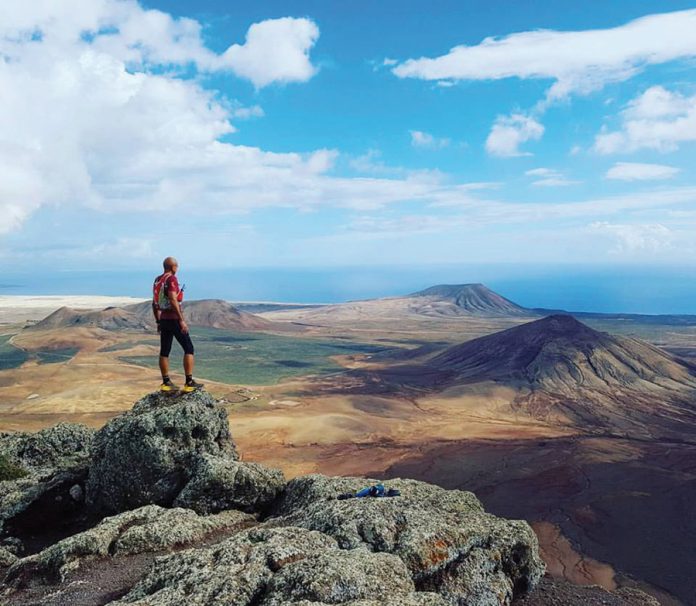 Rubén Novoa decided one day, in the late nineties, to exchange his daily shoes for sport ones and start running. He hasn’t stopped ever since. First on paved roads and, for some years now he has been running through mountains. This year 2017 he has become fifty and, as it couldn’t have been otherwise, he has celebrated it climbing up mountains as a challenge, from Punta de Jandia to Corralejo.

This man from Madrid arrived in Fuerteventura in 2013. At those times, the headlines talked about crisis, unemployment, and businesses closing down. Rubén Novoa was a victim of all of this, and he decided to pack the suitcases and come to work in some vilas in the North of Fuerteventura: «my father arrived in the island in the nineties to work in the construction sector. He kept 10 vilas and Villaverde and I decided to come and work renting these vilas» he comments.

Ruben’s life in Fuerteventura started in 2013. 14 years ago he had started another life having sport as his ally and races as his companions. His body was asking for a escape to get rid of work, stress and his life in Madrid, and running appeared as a good option to release himself, for some hours, from all of this.

First of all, five-kilometre races on paved roads. Later on, ten-kilometre ones until one day he met some sportsmen running a mountain marathon in Guadarrama area, in Madrid Mountains.

He remembers how he felt «interest and started to ask my friends». Rubén Novoa changed his mind and one day he exchanged the road for the mountains. From that moment he started to take part in short races, then half marathons and, later on, ultra-marathons, longer that sixty kilometres.

When this mountain runner arrived in Fuerteventura he found one of the main obstacles: the lack of mountains. Far from hanging up his boots he decided to look for other options and take what the nature in the island offered him. «I took advantage of the existing mountains, and what I do in order to train is climbing them up and down three or four times». «Escanfraga volcano», the highest in the northern area, was a great ally.

Since then a special link between Novoa and Escanfraga has been created. Every other day, Rubén tours on it. Moreover, last year he set in motion Escanfraga Trail together with several neighbours from Villaverde. Rubén tells about how this idea came about: «they asked me to prepare a tour on the volcano, I did it and we started to arrange everything». 400 people took part in it. Next November 12th the second edition will be celebrated.

During his tours on Fuerteventura mountains Rubén has found a good travel companion, Bruno Pancrazzi. This French man, sail instructor, arrived in the island in 1998 chasing the wind and the waves. Fuerteventura managed to steal his heart and he has lived in Maxorata since then.

This year 2017 both of them have become fifty. They have celebrated half a century of their lives climbing up mountains. The birthday party consisted of celebrating a challenge on October 7th from Punta de Jandia to Corralejo. Five more runners: Manu Martín, Iván Lema, David González, Iván Alonso and Miki Álvarez also participated in this peculiar «celebration» which lasted twenty-four hours, twenty-two out of them in movement.

A FASHION WITH FUTURE
Rubén Novoa is aware that the world of races is trendy and he is sure that this trend will grow. «There is a great passion in the island, but we lack means like tracks to run, gyms, etc» this sportsman assures, having taken part in heats like the Transvulcania in La Palma or the Transgrancanaria, apart from other races and challenges in El Hierro, Lanzarote or La Gomera.
In his backpack of satisfactions Rubén Novoa carries joys like having finished the ultra heats, going up the podium several times, being a regular among the first ten positions, apart from new friendship with people that «share with me the same illusions».
Ruben’s life revolves around mountains, work and evenings helping his children do the homework. Up to now he isn’t ready to leave any of that. Neither him nor Bruno will think of retiring except if stress came up. They must keep being «a pain in the neck» still for some more time. 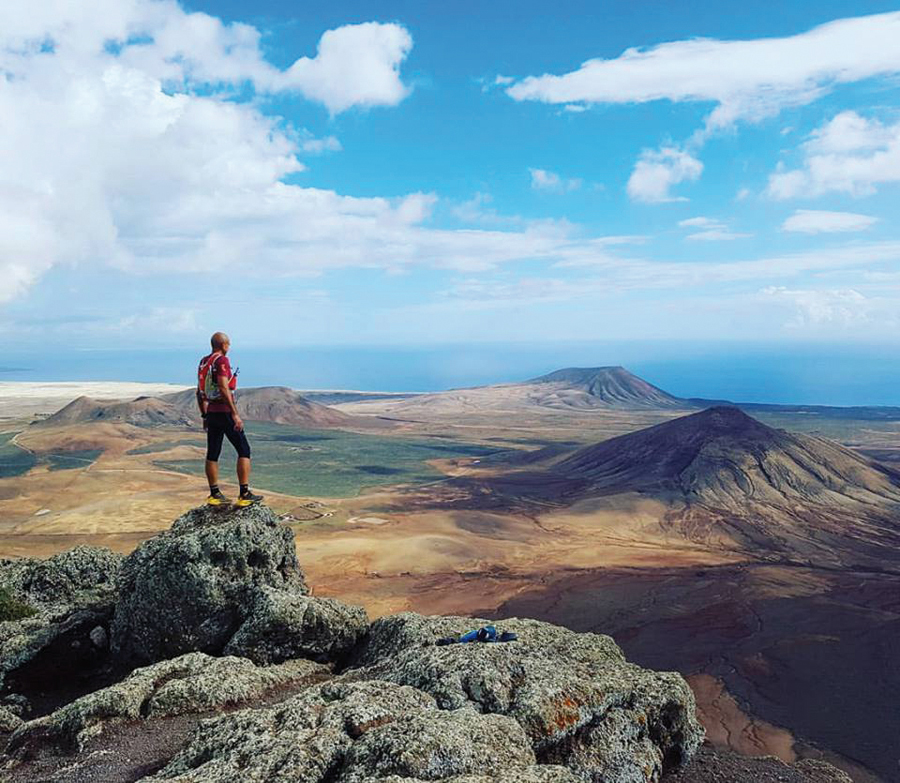