Home What to see Three routes through Antigua to get to know the most natural, eco-friendly... 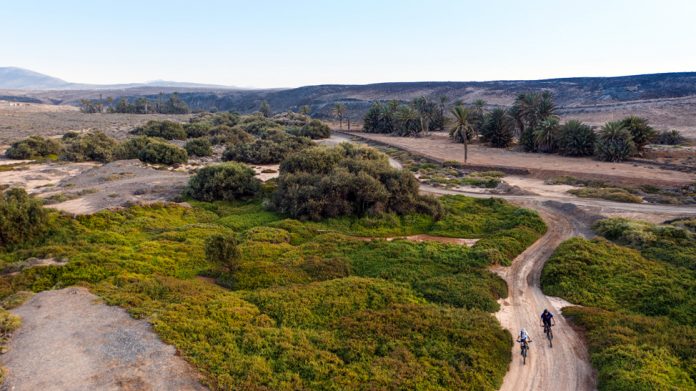 Fuerteventura is well known for its many amazing beaches and its privileged weather. But its wonderful coastline holds in its interior a nature and a history that captivate everyone who has the chance to learn about them.

We have three suggestions for you to learn more about the essence of the island and the natural environment of Fuerteventura in a sustainable and gratifying way.

1. A tour on foot along the most emblematic path on Fuerteventura 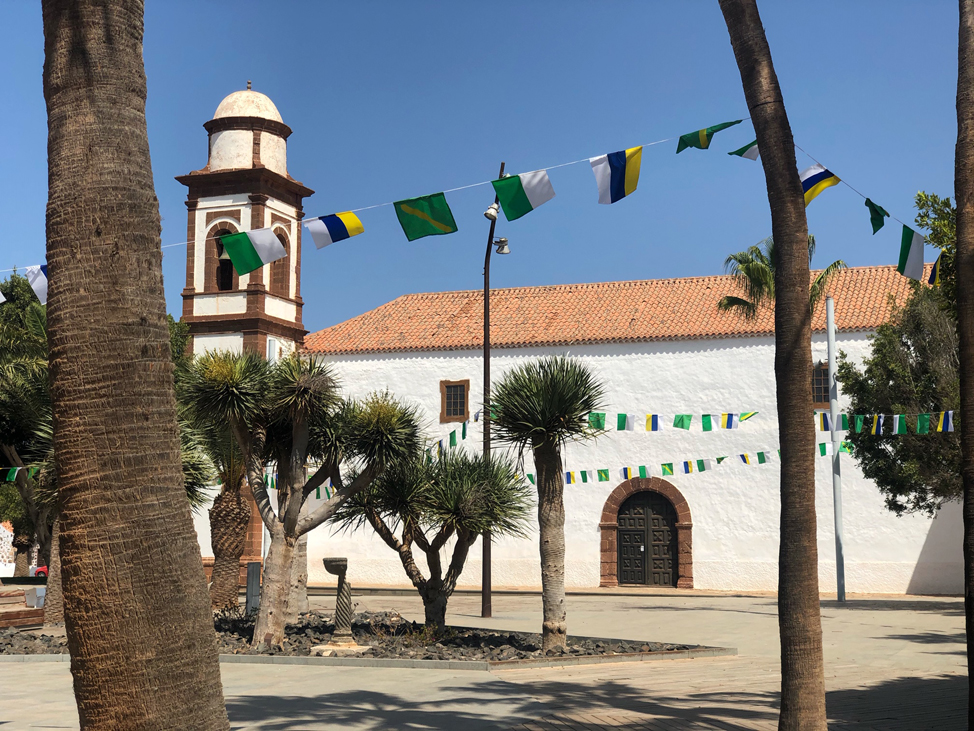 From the beautiful plaza de Antigua starts probably the most emblematic path on Fuerteventura and one of the oldest, which connected Caleta de Fuste with the Villa de Betancuria. For many years up to the present day, in the month of September, it is walked every year by thousands of pilgrims in devotion of the Virgin of La Peña, patron saint of Fuerteventura. 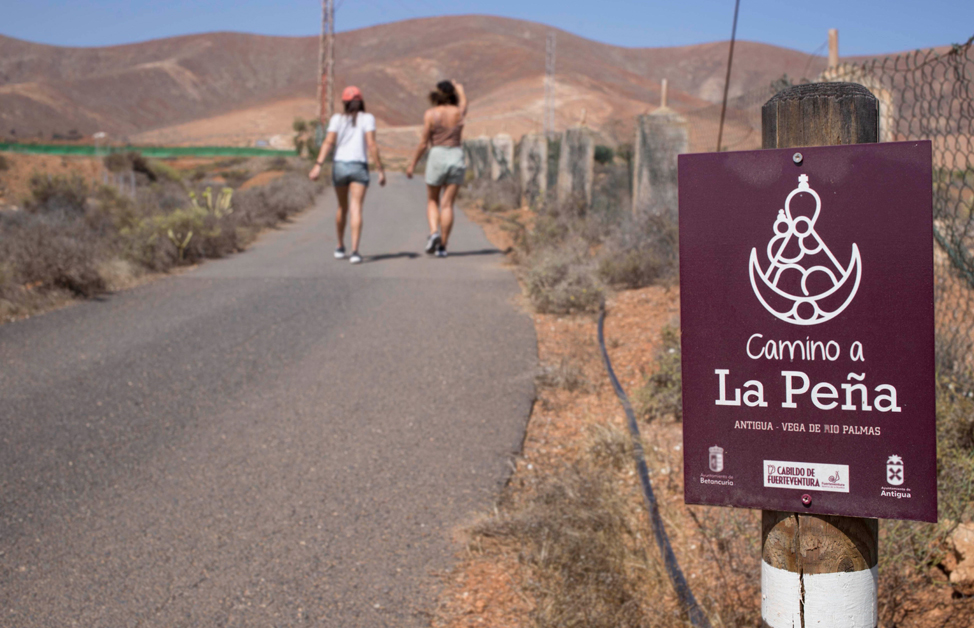 The path, which is catalogued as an official local path, has a duration of two and a half hours approx., a distance of 5.5 kilometres and a medium gradient. Along the way, apart from enjoying stunning views, you will find several points of interest: the Antigua church, where the route begins, two windmills, one of Fuerteventura’s typical mills where cereal was ground and another one to pump water; characteristic flora of the area while we ascend by the Degollada del Marrubio and, to finish, the beautiful Villa de Betancuria, with its peculiar streets among other charms, and the Santa María Church, end point of the route. 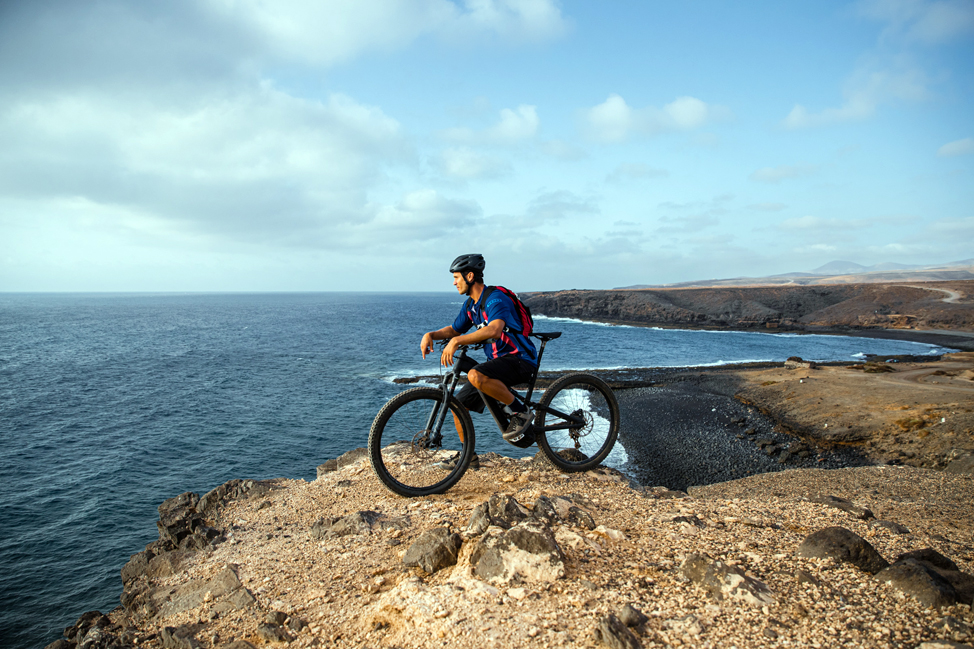 Another way to discover the island’s hidden spots in a healthy and respectful way is by means of some of its many cycling routes. We suggest one that joins together everything you need to have a wonderful experience: it goes parallel to the coastline and offers stunning views, it has a short duration, of one hour approx. and doesn’t have much difficulty, although it does have some gradient as it goes across several ravines; it fully goes along dirt tracks, far from traffic and is less than 7 kilometres long. You will find a lot of things of interest from the landscape, natural and also historic points of view. 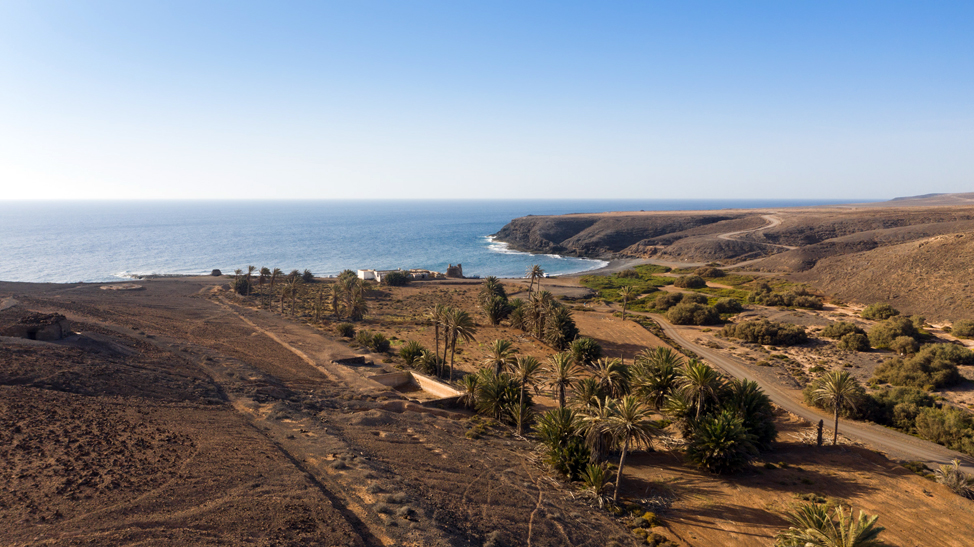 The starting point is Las Salinas del Carmen, a small village located just south of Caleta de Fuste that, as its name indicates, is home to active saltworks, where top quality salt is still produced through the traditional method and whose museum makes it a very worthwhile visit. Taking the dirt track to the southeast, the first thing we encounter after pedalling by the typical arid landscape of Fuerteventura is a big ravine scattered with palm trees, Barranco de La Torre. It shows a sample of the island history in form of architecture: a lime kiln, one of the many that are found on the coastline of Fuerteventura. All that area is a special protection area for birds (ZEPA), so it is not strange to come across some of the native species of the Majorero birdlife. 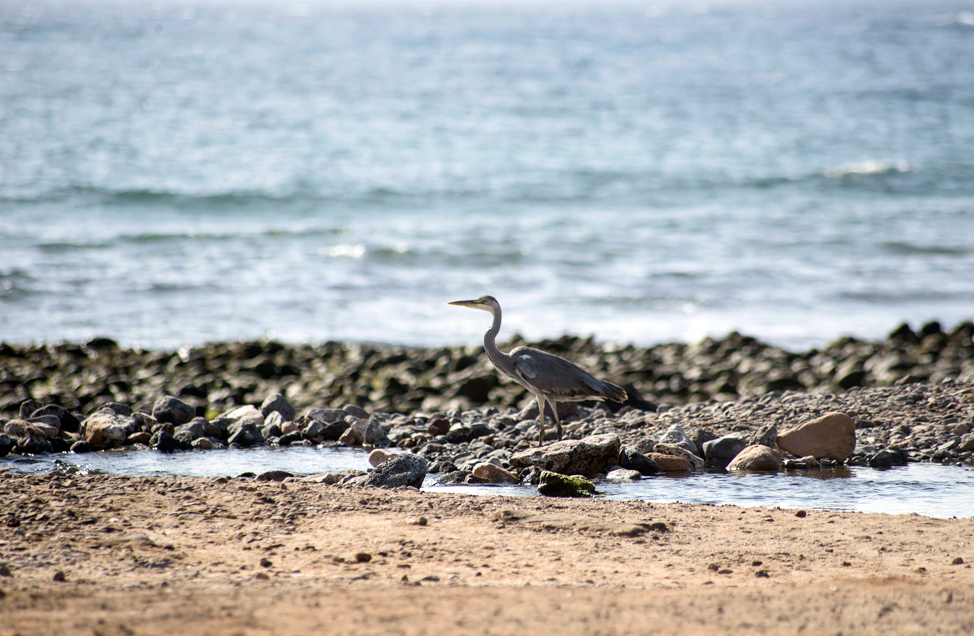 The route continues by the dirt track, crossing several ravines up to the Majada de las Cabras beach, recognizable because it has another lime kiln, which indicates that we are at one kilometre from the end of the route: Pozo Negro, a charming small village with a beach of calm water and black sand where you can enjoy of a well-deserved swim.

3. The value of nature in a unique experience 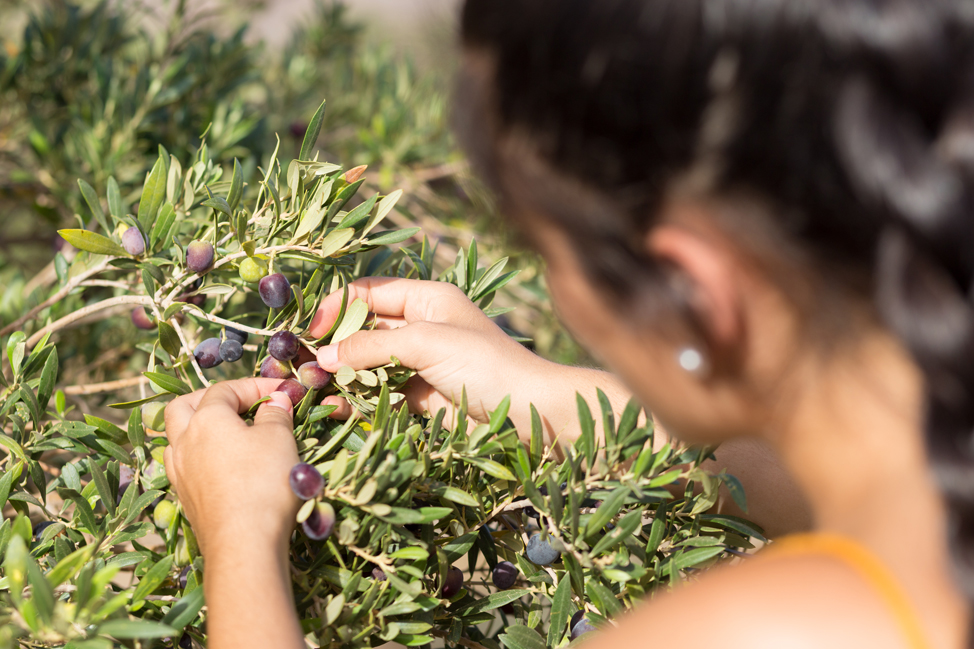 One of the best ways to get into the essence of Fuerteventura, from the point of view of its nature, culture, history and tradition, is to visit the Verde Aurora Biofarm and enjoy the excellent experiences they offer. The tour through the farm becomes a tour along the island itself, of its past, present and future.

Along the route we will learn all that makes the island of Fuerteventura a special and unique land: its environment, its natural and protected spaces and its native flora and fauna; the Majorero customs, from the traditional agriculture, cattle-breeding and architecture to the gastronomy, with a tasting of Majorero cheese (delicious goat cheese with Denomination of Origin since 1996), tasty tomatoes or the typical papas arrugadas con mojo (potatoes boiled with its skin in salty water served along with Canarian sauce), the products of an arid but rich land, such as the Aloe vera, star product of the land of Fuerteventura, or the exclusive and excellent olive oil of in-house production. An extraordinary experience for all the senses. 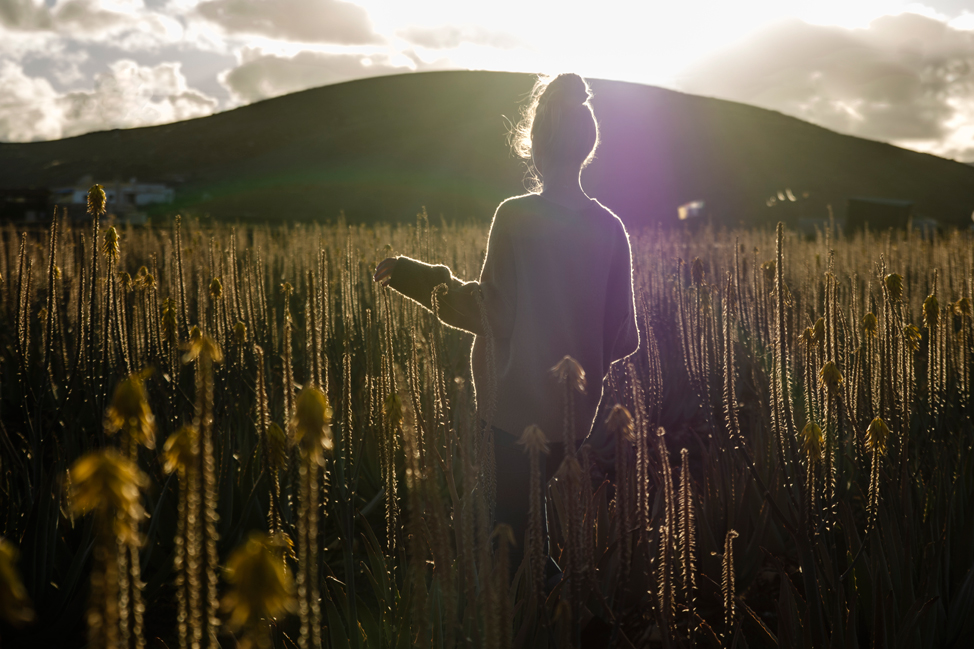