Home News ONEXE, «Another way to feel the sea» 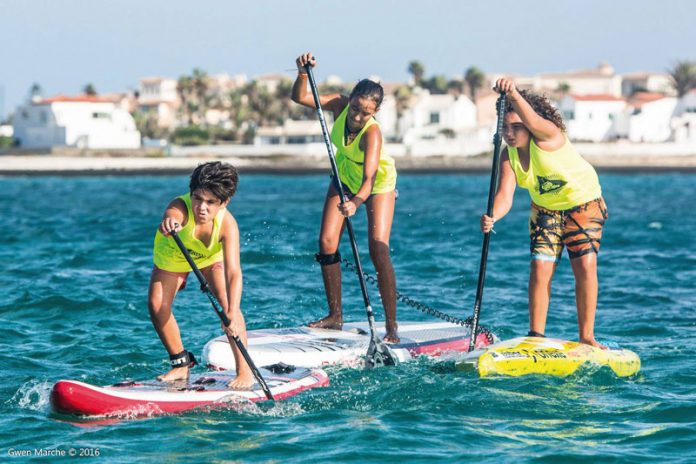 The sea, the salt, the waves, the island of Lobos watching, the board and the paddle are the ingredients of Onexe.
Illusion, perseverance and sacrifice are the recipe for success in this project.

Onexe arose in 2012 with Nayra Martínez, a great passionate of surf, windsurf and Paddle born in the heart of Corralejo and BSc in Sport Science and Science of Physical Activity.

The initial goal of Onexe project is, apart from supporting the athlete, opening a door to those children dreaming of becoming champions and, at the same time, being a means where people can find out the effect that the sea generates in oneself.

To make this dream come true, Onexe focused on water sports, spreading its practise and approaching it to the inhabitants of La Oliva through different programmes and projects that the nautical school in Corralejo carries out, clearly aimed to increase the participation in Sup, Sailing and Canoeing weekly classes.
In these five years of experience, Onexe has focused all its efforts in the creation of a team for the development of Stand Up Paddle in Corralejo. In the club they have leaders like Stephane Etienne (Spanish Champion Sup Wave 2011) or Nicole Boronat ( Spanish runner-up Sup Wave 2017). Both of them come from the world of Windsurf, where they have competed against the great names in this sport and they have been living in Fuerteventura from the year 2000.
They also have with them Pablo Valencia, a northerly neighbour settled in Fuerteventura since 1997, runner-up Spanish Sup Wave 2012 and short-listed in 2013 to make up the Spanish SUP Wave team for the World Championship in Perú.
As a Godmother of the club they have the well-known Iballa Ruano, who has headed, for the fourth year running, her title of European Champion and who has been Spanish champion for six times.
Another great name, currently a trainer in Onexe Team, is Jaran Rodríguez, completely devoted to instil his passion for water board sports to his students, as well as his experience as high performance athlete.
The Sailing section of the Nautical School is run by Esperanza Barreras Sanjurjo, which has been Pre-Olympic in Mach Race and is a high ranking athlete, which she proved when she became Spanish Speed Champion in Aranjuez, and the fourth one in SUP Wave in Spain.
That way, Onexe athletes have gone from success to success. So far this year, Onexe has won the Spanish Championship SUP Speed in «Madrid Sup Games», celebrated on May 26th in Aranjuez, and getting 17 medals (7 golden medals, 5 silver and 5 bronze).
Twenty members of this team, from age 9 to absolute category, paddled to their best to achieve a place on the podium, becoming the protagonists in all the races and dyeing the river in yellow with their t-shirts.
Currently, the members of the Onexe Team are children among 8 and 17, who make up the first team in The Canary Islands and that have won several national titles in the last years. All of them are winning prizes and they improve day after day thanks to the support of the club. Among them,Thiago Sosa stands out for being the Spanish Champion in Sup Race 2016, and Spanish Champion Sup Speed 2017.
The cosy atmosphere you can breathe in inside the Club accompanies them in their trips to the different championships in the national and regional territory, promoting the image of Fuerteventura in all the nooks of the world where they go to compete.
But not only do they participate in competitions, they also organize them. The energy of Onexe to spread its passion has taken them to organize several high level sport events. The most outstanding one, which is inside the calendar of the Spanish and Canary Islands Surf Federation, is that of «Fuerteventura Sup Challenge». This consolidated event will celebrate its fifth edition in November, and it’s a must for all the SUP professionals, where a Wave, a Long Distance and a technique race will take place, and the most skilled one will win.
Onexe has also challenged itself to organize, for the first time in The Canary Islands, an international event integrated in one of the most important world circuits of Stand Up Paddle, the well-known «Euro Tour». In this event, the athletes will join Lanzarote and Fuerteventura together with their paddles in a very attractive downwind.
The efforts by Onexe- organizational, professional and human- motivated by the joint excitement of the people and entities that make it up, don’t stand out only on a sports level but, mainly, on social, recreational and cultural levels, extending the practice of water sports to the inhabitants of the island as a key element for the development of the young society of Fuerteventura island.
It’s very probable that for the year 2024 SUP will become an Olympic sport, and the efforts and prizes won by Onexe foretell that the members of the junior team of this club may be eligible to become members of the national team.
Onexe continues his working line day to day, supporting a comprehensive nautical centre, open to the community and carrying out activities that protect the environment, with a complete high quality recreational and nautical offer, boasting all the nautical activities developed in the island.Onexe fights, with all its work in trainings and competitions, to achieve the title of Stand Up Paddle Technique centre, granted by the Superior Sports Board.
In this moment, Onexe team is getting ready to participate at the Spain Summer Championship in Santander, which will take place in September.

The Sea is infinite, as much as the eagerness, energy and illusion of Onexe to reach the finishing line in every race they participate in. 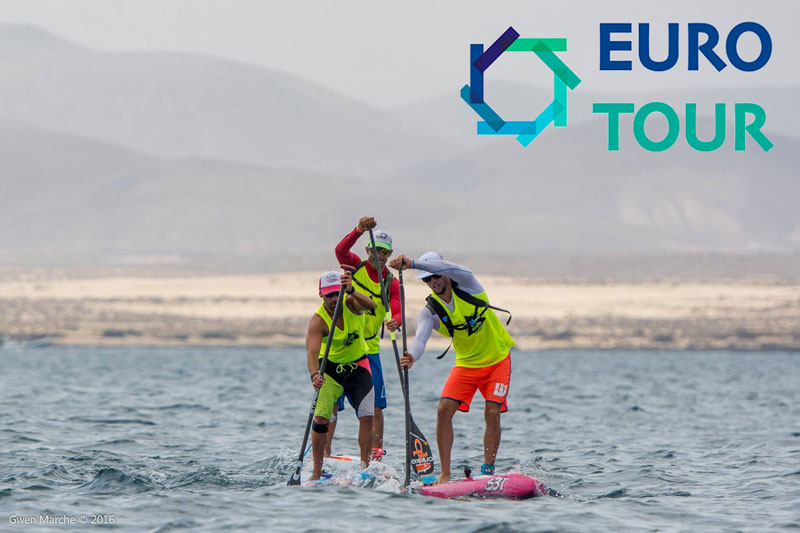 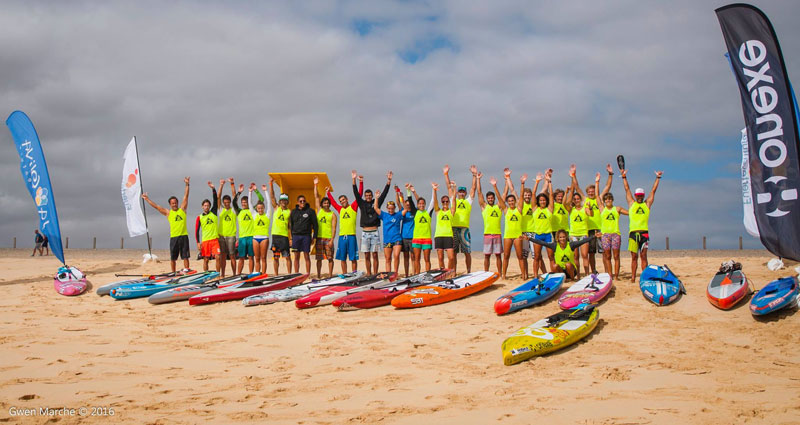 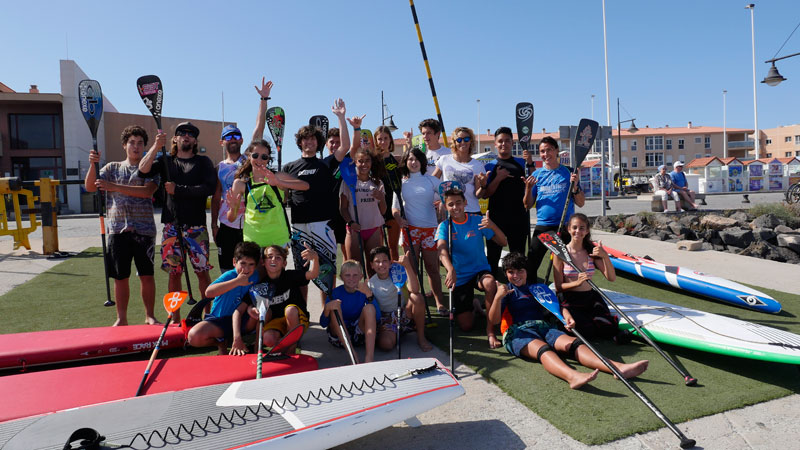 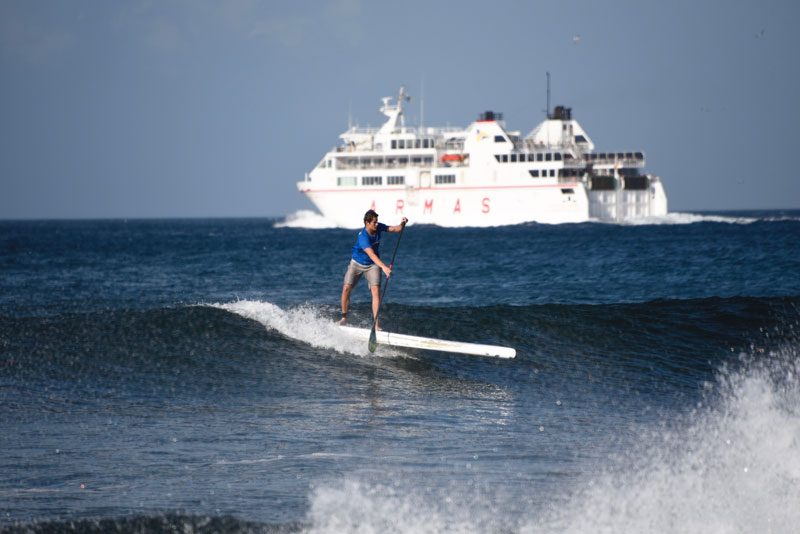