Onexe Club, in Corralejo, finishes the season with the title of Champion Spanish Club, apart from many other individual awards which turn it into a national benchmark in a sport that is gathering more and more participants and clubs.

But apart from this, Onexe, dedicated to Sup in all its modalities, is standing out internationally too, as many of their members, between 14 and 17 year-old athletes, have started to compete in European and World championships. We must highlight the performance of one of these champions, Esperanza, who in just one year has reached the female Top Ten in the world.
This club, which has the biggest national team, finishes the season with six Spanish champions in Beach Race (Esperanza Barreras, Benjamin Moreham, Rakele Mannino, Vince Duschneit, Antonio Valero y Luca Boni) and three champions of Spain in Long Distance (Esperanza Barreras, Izaskun Martin y Antonio Valero).
Besides, this year, the club prepared a team to take part in the European Circuit where they carried out 5 out of the 12 tests (San Sebastián, Bilbao, Gran Canaria, Holland and Germany) getting wonderful results such as those by Nicolas Trujillo and Bárbara Bellavia, who got the podium in the Iberdrola Bilbao World SUP Challenge.
In the Race modality, Onexe took part – just in September – in the four most important national competitions this year, from where they brought back a total of ten golden medals; a true challenge not just regarding sports but also regarding logistics and economy, as they have to travel in a trailer with 20 4-meter-long boards.
And more successes: Onexe Surfski team took part, for the first time, in the Spanish championship taking place in Mallorca with 4 athletes of the club. The young Iago Camacho Boam, who already enjoyed the Canary Islands champion award, got the second position.
All these results could be obtained thanks to Onexe High Performance Centre, the first national centre credited by the Surf Spanish Federation and which has just become one year old. We talked to Óscar Ruiz, coach of the centre.

In just one year you have become the best Spanish Sup Club and you have started to have international and even global outreach. What has brought about this important leap?
This High Performance Centre has allowed us to talk about high performance training, we have raised the standards a lot. Competing abroad requires not just sacrifice but also persistence, values I instil in my athletes every day. Moreover, it’s not just about training in the water, we are for multi sport: functional training, jog outings, swimming, etc. It’s about assuming a sport life style, full of values and benefits, we even teach them nutrition.
This evolution is also due to well programmed team work, and this is because we have great coaches, Esperanza Barreras (SUP), Mauricio Correa (Surfski) and Javier Cozar (physical trainer) who being high performance athletes themselves also transmit this life style to the youngest athletes.
The answer of the team has been most satisfactory, they have showed a great change of mind and a complete dedication: for example, this Summer, 14 to 17-year-old youngsters haven’t just doubled the amount of training time but they’ve also worked in Summer camps we were carrying out in the nautical school. This says a lot about them!

How does a coach feel when they can see their work giving such results in such a short period of time?
I feel proud of the commitment they have assumed thanks to their motivation and to realising that work always gives results: all the podiums they have got to! It’s important to say that in Onexe we’re a big family, a team in which we motivate one another. When one of us gets a podium, despite being an individual result, all of us consider it as team work, because all of us have sacrificed, trained and motivated together. In one year they’ve reached a standard of training they themselves didn’t know they could reach. They said I was crazy when I told them to row for an hour and a half non stop; now they do it for two hours and they still run for half an hour after that to run flat; they laugh when I remind them (lol)
Above all, I feel prouder of this change of mind rather than for the awards, although podiums are necessary to be noticed and to get the funding we need to travel and compete, as carrying so much equipment is really expensive.

How does this success affect the Club?
The fact of standing out nationally and internationally is making Fuerteventura be known, especially the High Performance Centre; several international riders will come to train with our team to take advantage of our excellent weather and waves during the next Winter season.

ESPERANZA BARRERAS AND BENJAMIN MOREHAM, the two great stars of the club this season

The athlete Esperanza Barreras has managed to be among the female top ten with two silver medals (San Sebastián and Holland). She is positive that «this leap has been the result of the kind of training Óscar is carrying out in the High Performance Centre this year, not forgetting that the most important is to have fun and train in group, the team motivates a lot!»
How has this changed your life?
Now I spend longer in the water (lol). These results make me feel like keeping training to get better results. It’s a dream to have classified and represent Spain in the World Championship that will be celebrated in El Salvador at the end of November. I want to thank Onexe Club and Nayra Martínez, who help us to be able to make these trips, and to Iballa Runano and Sonni Honscheit, who always help us. They are examples of renowned athletes in the world.
The other big star is Benjamin Moreham, the first child from Onexe team with a potential still to be developed, who stood out internationally in China world championship 2018 (under 18 category) but who despite having classified to compete in El Salvador won’t be able to attend for not having applied for the double nationality in time.

The last event of the season will be here in Fuerteventura, organised by Onexe. We mean FUERTEVENTURA SUP CHALLENGE WAVES & RACE 2019, in its VII edition, consisting of 5 EVENTS, and it’ll be celebrated from December 6th – 8th in Majanicho, in Corralejo bay. Fuerteventura will become, these days, the SUP epicentre, gathering the best national and international riders in Spain championship of SUP wave and Spain Cups of Race and Beach Race, Longboard championship in the Canary Islands and the Prone_Lifesaving championship. Moreover there will be parallel activities for all audiences. 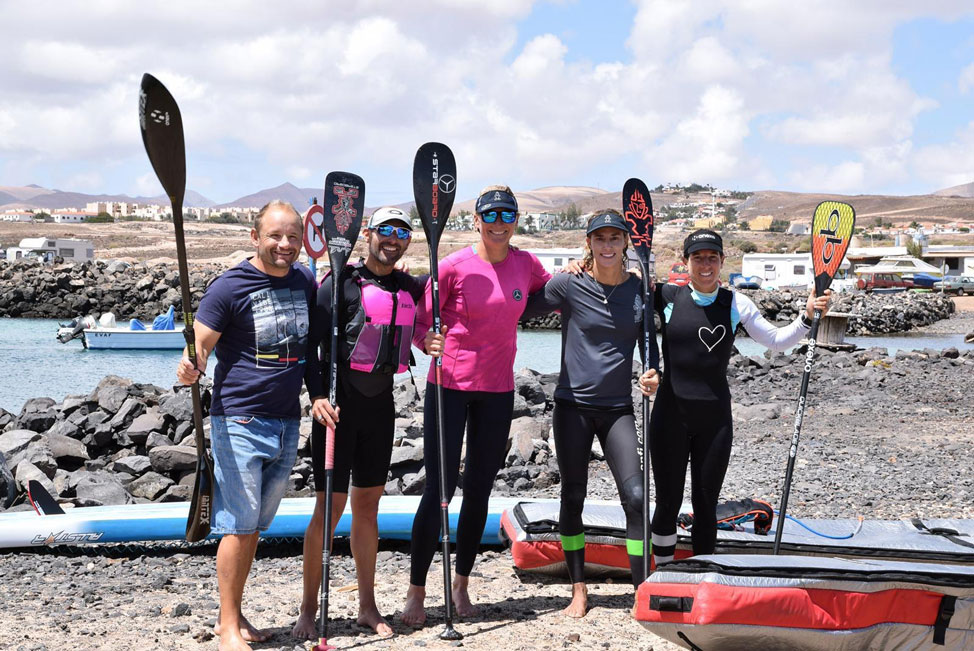 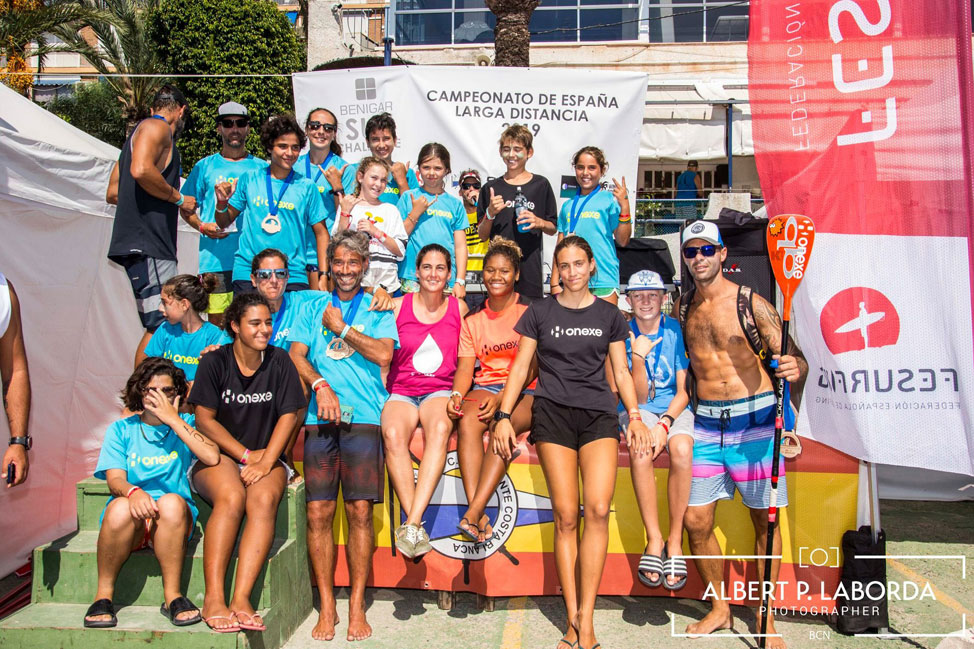 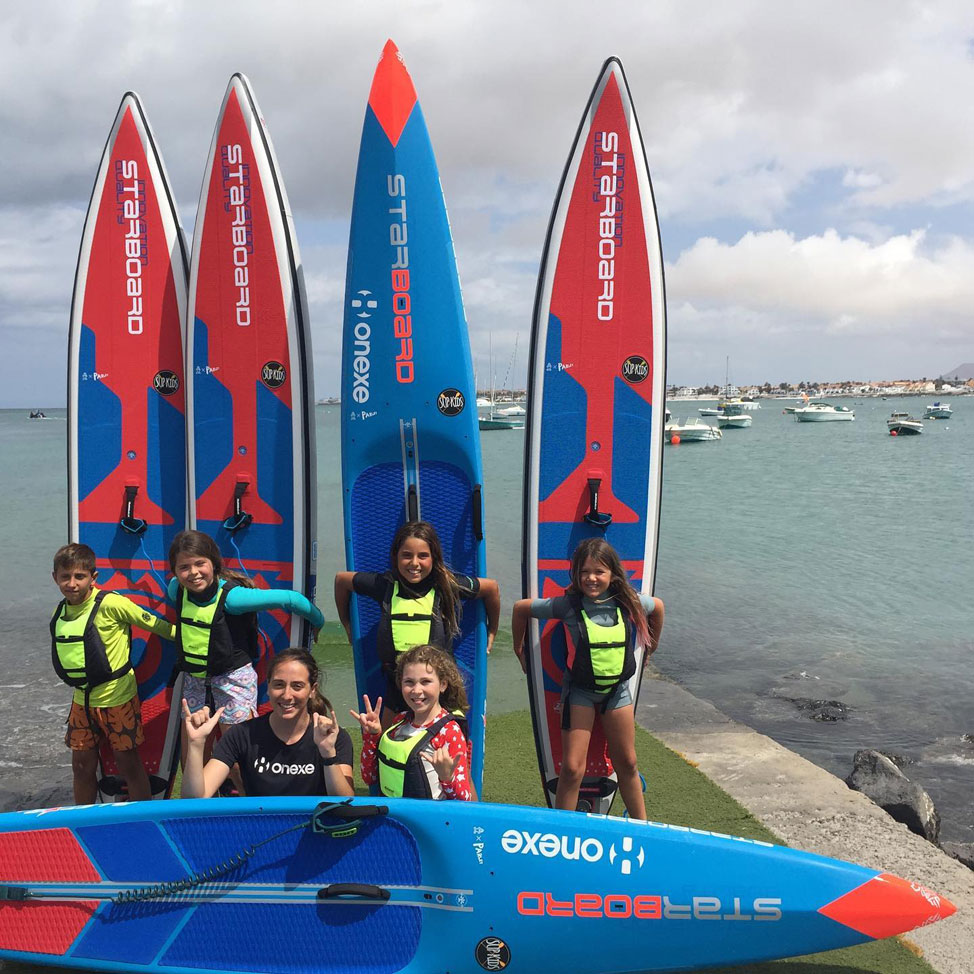 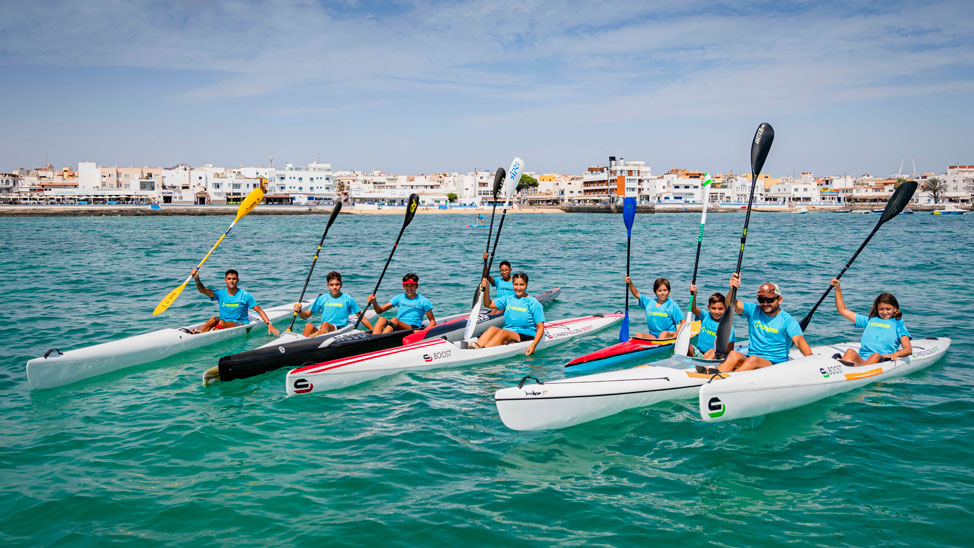