Home Articles Malage, the artist that turns stones into fish 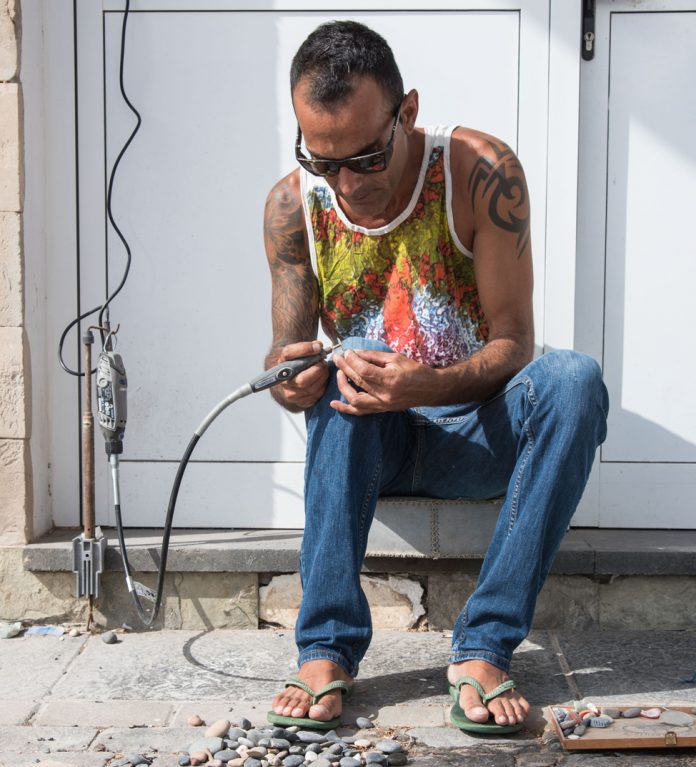 The personal story of Miguel Ángel Chacón (Malage) started 41 years ago in Puerto del Rosario, although some chapters happen in El Cotillo. There he has managed to make a living out of art and decoration, and one of his works of arts, the fish, has become the symbol of the village. In El Cotillo he’ll also make one of his dreams come true: opening an art gallery.

The romance of Malage with the stone goes back to the times when he used to work as a master mason. However one day the crisis arrived and with it, unemployment.
Malage had to look for new perspectives and, without renouncing to the stone, he went in search for new horizons: “I found myself with no job and a mortgage. Then I left Puerto del Rosario and I went to El Cotillo. Then I reinvented my job and I started to use stones to make collars instead of walls”.

Craftsmanship and art weren’t new to him. He had already grown-up in this environment. He had two good teachers, his brothers Paco and Silvestre, related to the world of craftsmanship and decoration.

The idea of collars had a good start. Suddenly, Malage’s fishes were worn by the people in El Cotillo and also travelled to Europe on the tourists’ necks. Now, fish share limelight with such varied species as spiders, flies, mosquitoes….

For his creations, he uses sandstone, basalt and limestone. With them he makes collars, rings, trophies, sculptures… He also works with other materials such as crystal, iron and wood. His sculpture is figurative and is related to recycling, and this is because he turns into art those objects the sea returns to us: wood, rusted iron… they become a work of art by Malage.

This man from Fuerteventura, belonging to Los Chacón (family) in El Cotillo, has found his source of inspiration in this village. He assures he works driven by stimuli. He finds inspiration in the beach, the sea, the environment of the streets and the tourists that visit the village. They are many the visitors who look for Malage’s house when they get to El Cotillo to buy a fish if he has some.

He expects to open an art gallery in El Cotillo in October. It’ll also be a craftsmanship shop. That way he’ll make a dream, which he has had in mind for a long time, come true. It’ll be called El Mirafondo, and there’ll be a craftsmanship shop and an exhibition hall inside.
Malage keeps in secret the name of the artist who’s going to inaugurate the exhibition hall, but it’s clear to him that this artist, as well as the rest of artists who will exhibit in the future, will be from the island or other nooks of the archipelago, always backed-up by an artistic career.

The gallery will be opened at his current home and workshop. Upstairs we’ll find the exhibition hall, and, downstairs, the shop where the artists will be able to sell their works. The aim is just to boost the art made in The Canary Islands.

At the moment, and while he waits for the art gallery to be opened, he is making a living as a decorator. This job came to him by surprise. One day some neighbours in El Cotillo called him to decorate the restaurant they wanted to open in the area. He liked the idea and he dared to do it. First he felt a bit afraid, but seeing the outcome he started to get excited. The restaurant, El Callao, opened in 2015, in an old two-floor house from the year 1700 where Malage, without renouncing to the rustic aspect, made a modern design with the pebble as protagonist.

He defines himself as a great fan of his fellow countryman and sculptor Juan Miguel Cubas. He expects that, once he opens the gallery, he’ll be able to relax and do what he really likes, “getting up in the morning and making a fish or a bird if he feels like to, setting a price and putting it on sale in his gallery”.

Malage is a versatile man: craftsman, artist, decorator, painter of advertising hoardings… he can find many different jobs, the aim is just to create and he’s really good at it. 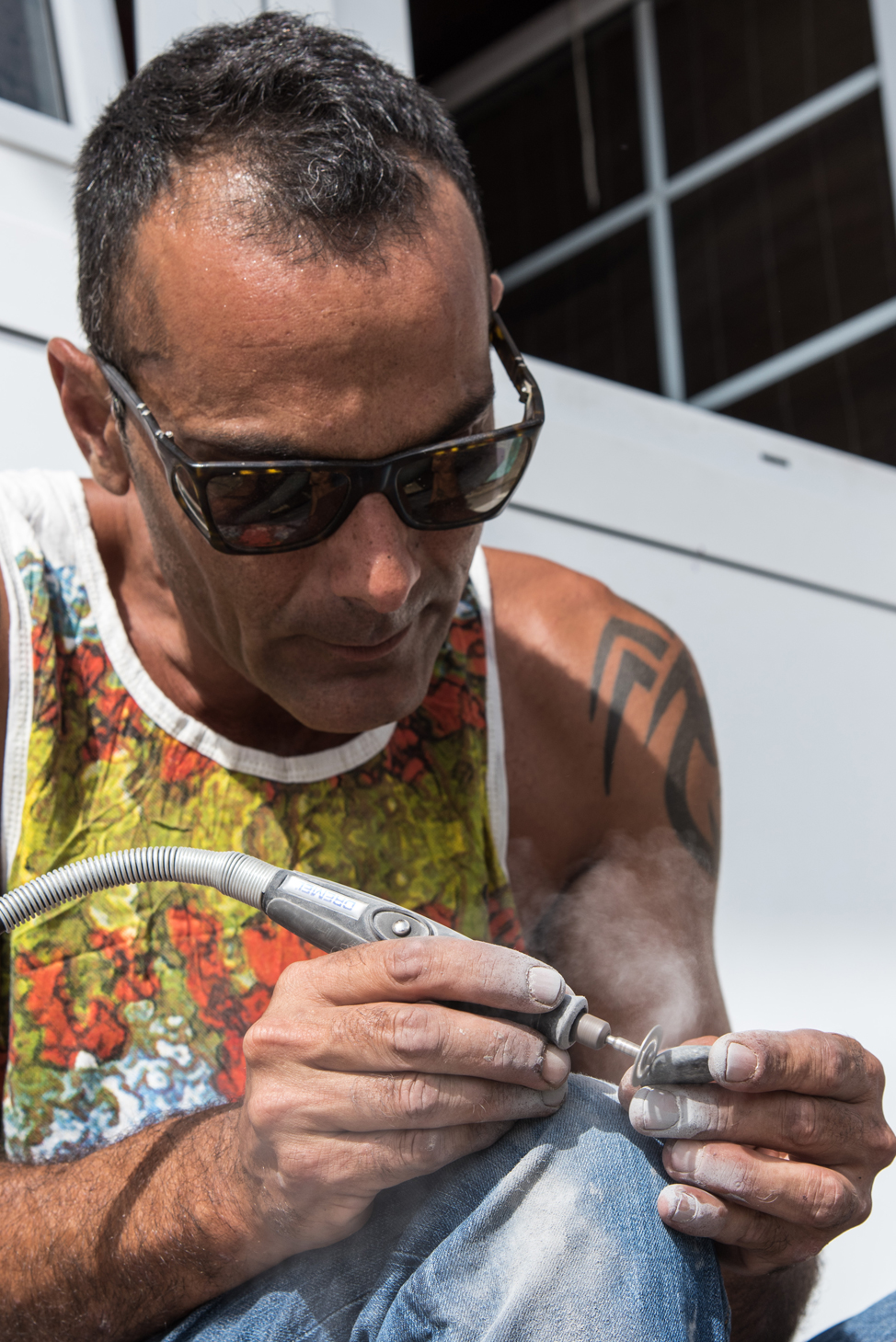 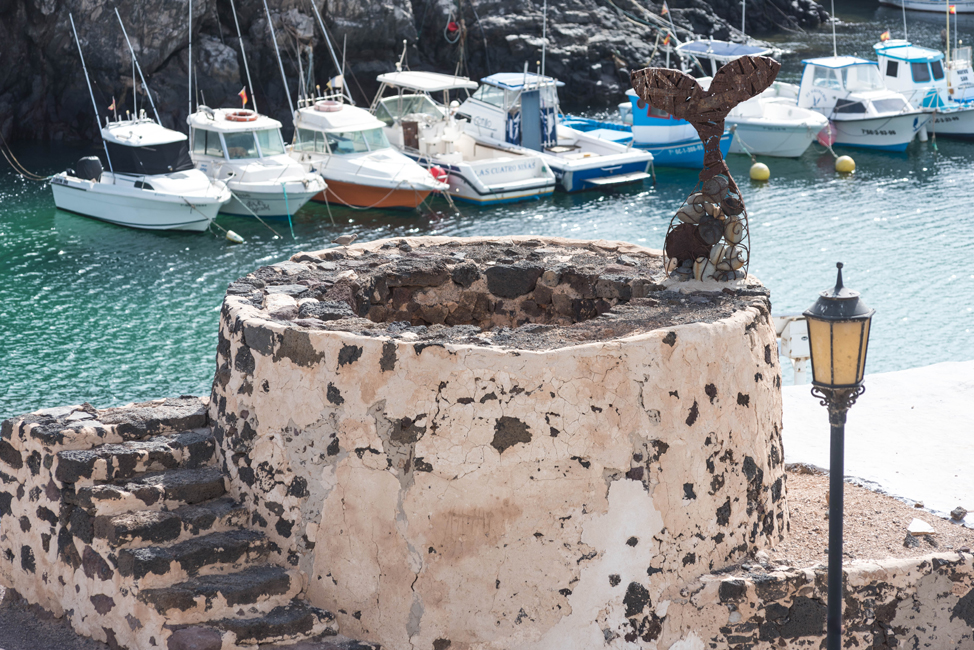 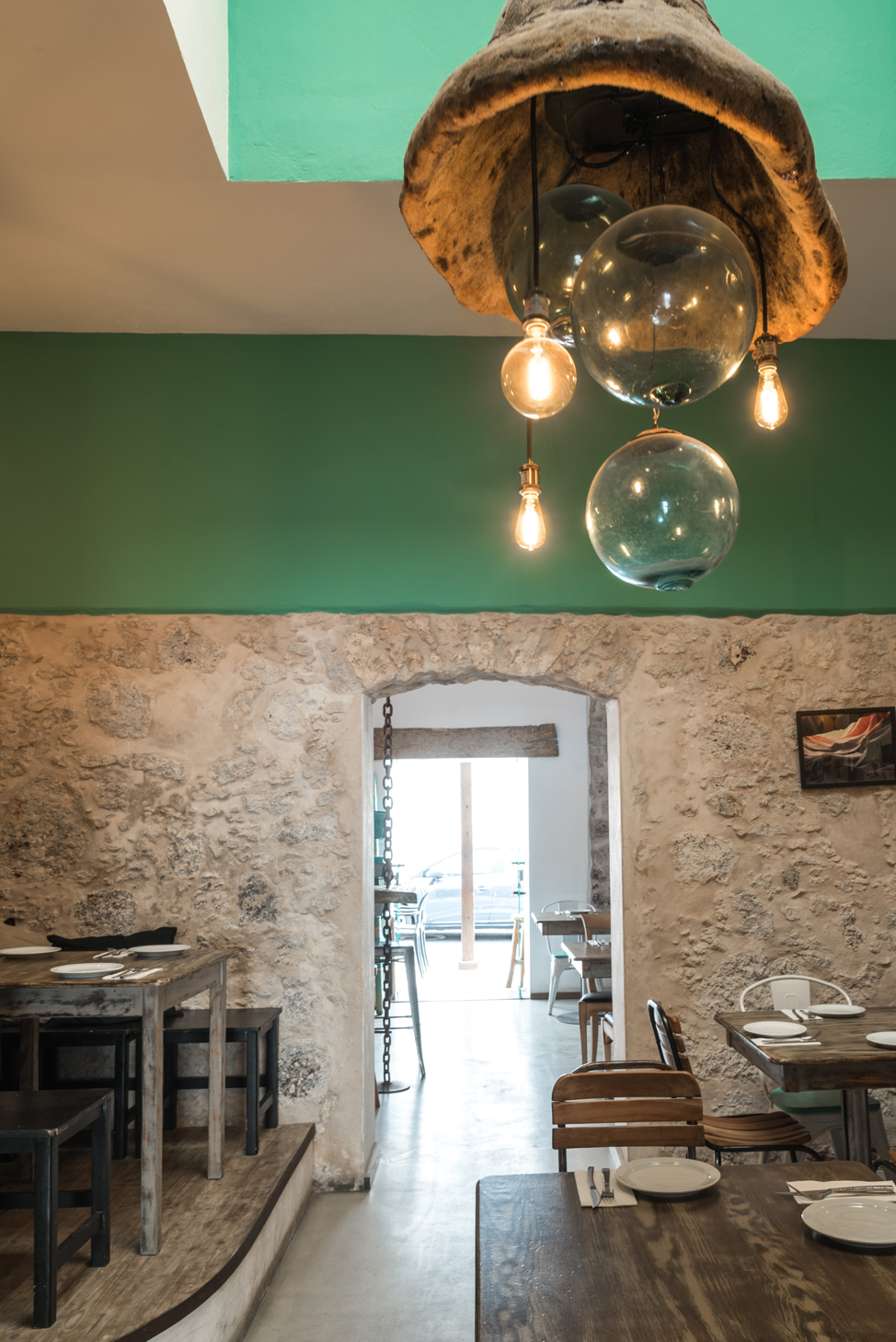 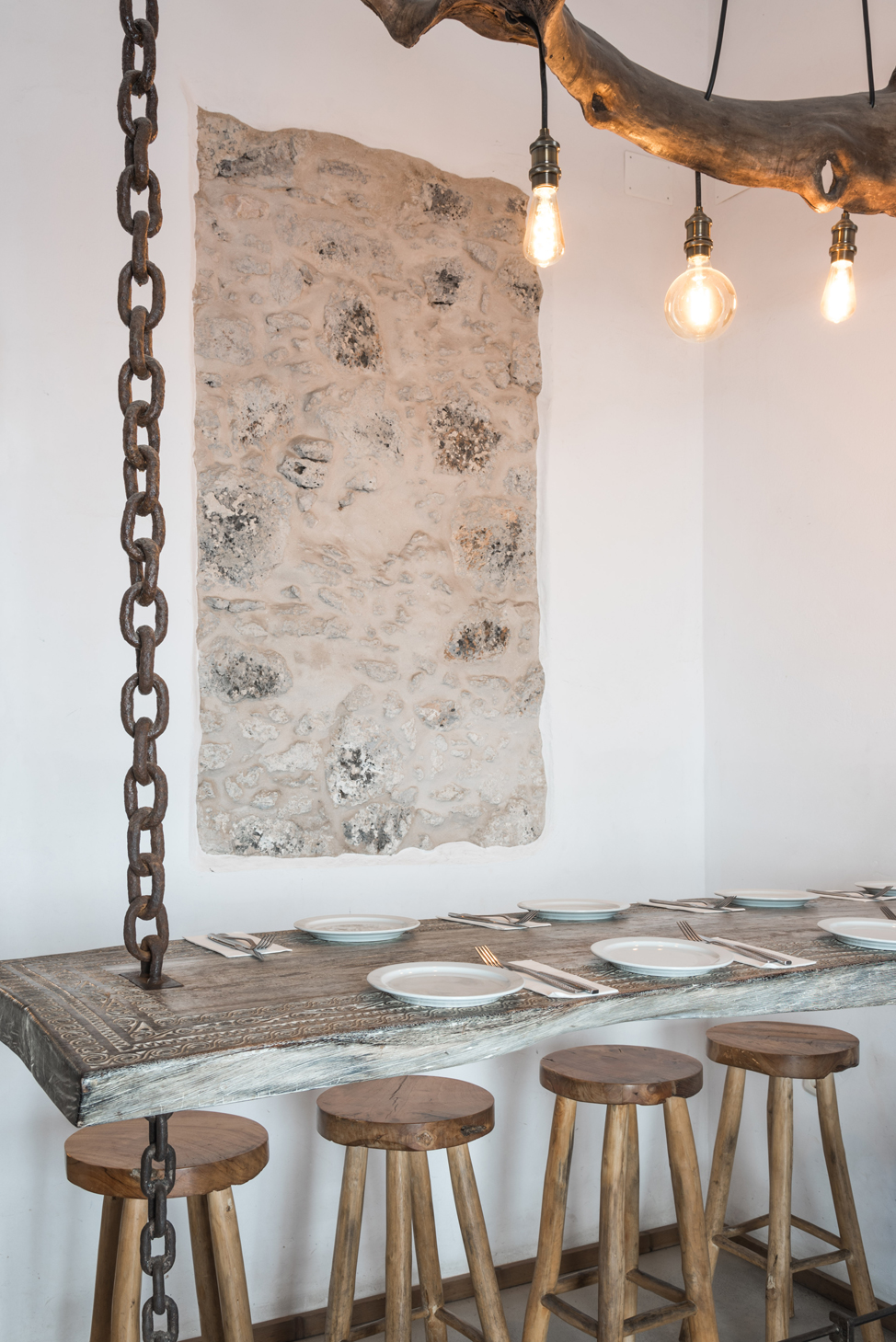 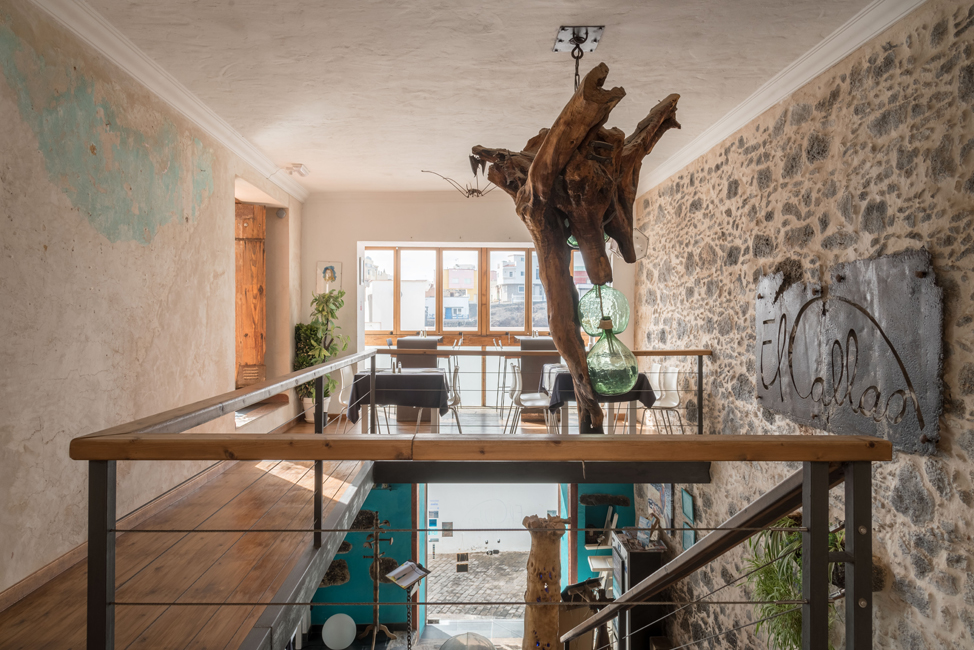 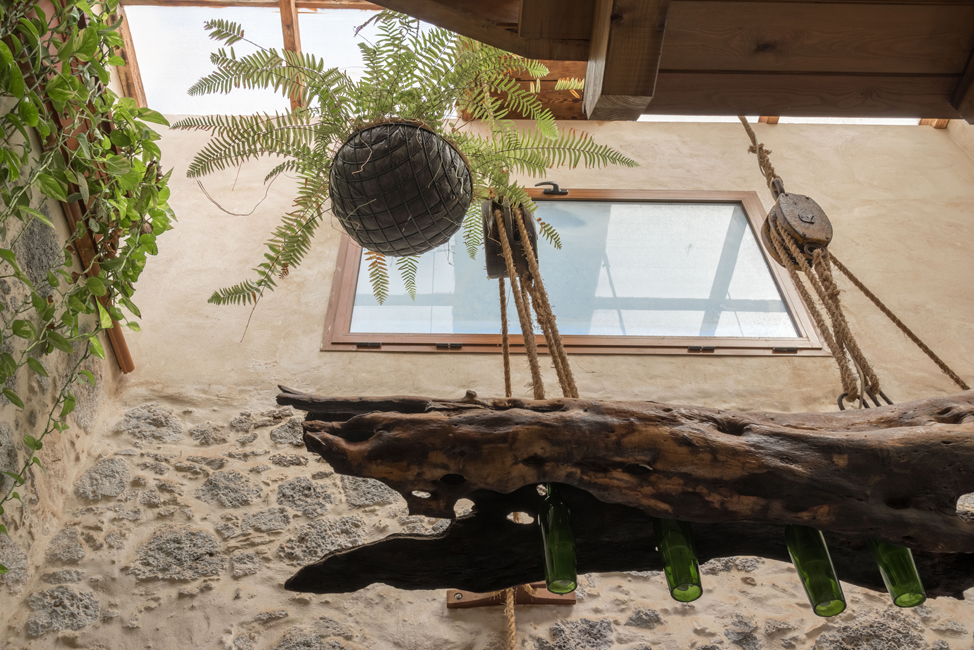 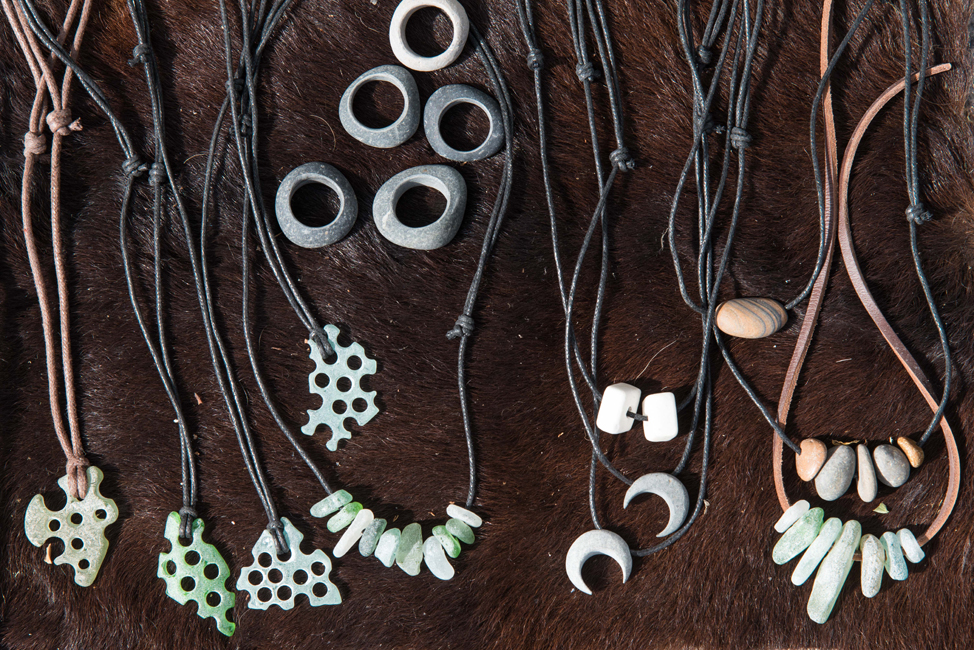 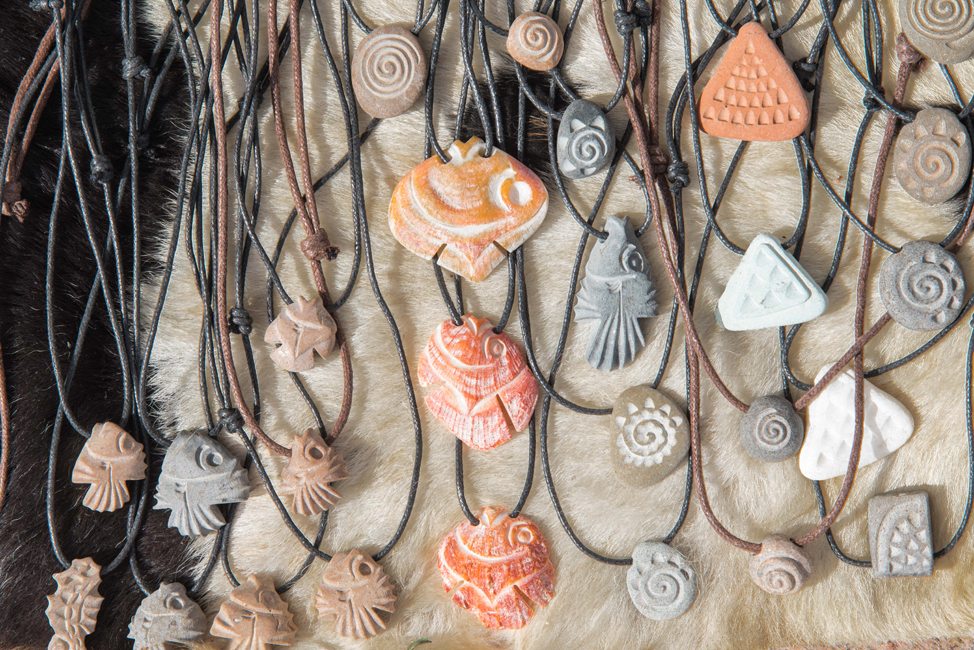 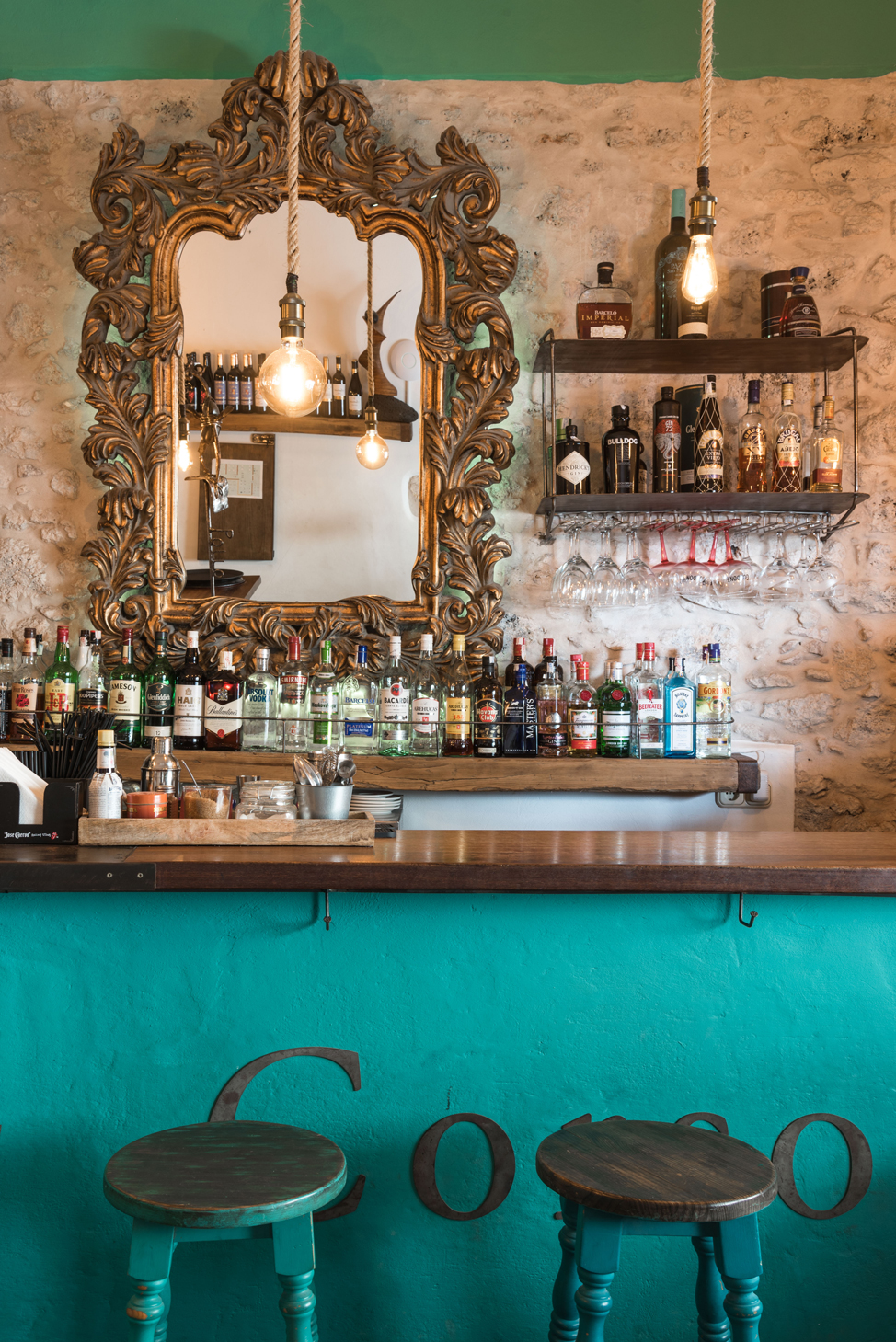