He’s been living in Fuerteventura since 1990 and surfing since 1974. Juanjo and his fellow surfers then, around 15 or 20 in total, were the pioneers in the world of surf in the Canary Islands, still in a Spain ruled by Franco, where a surfer was a bit of a weird specimen, suspiciously looked at.

What was surf like by then?
It was quite another story. At that time, we were looking forward to having visitors on our beaches, not to be alone (giggles). I started to surf in Las Palmas. We had a summer home on San Felipe beach, known as «Vagabundos», a half-an-hour drive from Las Palmas towards the north. Then, boys from Las Palmas were starting to come; there was just a store of surf boards that were brought from the Basque Country, but there was nothing else. After years surfing on pieces of wood and cork we came across, my parents realised I was hooked on that, and Santa Claus brought me one (giggles).
Friends and siblings used to share the boards, which we bought second-hand from Englishmen who came to a kind of camping-site in Arinaga. Also wetsuits, as there weren’t any in the islands yet; we used to swim without it in winter as well. My first wetsuit was a short-legged and short-sleeved underwater fishing suit, with a front zipper… I used to end up with a terrible headache (giggles).

Which modality do you like best?
I started when I was very young, 11 or 12 years old, and the boards were big for me, but I started on a short. Then I tried the longboard in the first long championship organised by Matador store, and I kept the longboard. This was 14 or 15 years ago at least. I remember the legends of Hawaiian surf came in the island, we had never seen such skills here in Fuerteventura.

Have you ever competed?
Yes, well, in local championships and circuits, there were several events throughout the year. I got the first position in longboard in Fuerteventura.

Any surfing trips?
The Islands, of course, and I’ve also been several times to Indonesia and also to France.

What does surf contribute to you?
I forget about everything. When I get into the water, stress and thought are left aside. Surfing is going away from it all. When we started, it wasn’t as it is now, there wasn’t so much training whatsoever and they were turbulent and hard times. We could say that thanks to surf I escaped to Fuerteventura and I could stay away from all that.

What’s the biggest difference you find between before and now?
It was very different; at those times, Franco still ruling the country, we were considered as layabouts; surfing was associated to drugs and the bad life. However, I can’t remember any quarrels or fights in the water. You could join the people and there weren’t any kinds of problems. Visitors respected the place and the local surfers, they knew how to move very respectfully. Now this respect has disappeared.

Which measures should we adopt to recover the peace and quiet?
There’s a complete lack of common sense, not just here but in the whole world. It wouldn’t come to my mind travelling to another place and catching waves anywhere, without respecting the ones who are already there.
This is the European Hawaii and we must look after it. It’s alright to take advantage of it, but with respect. In Fuerteventura, there being so many peaks, there is place for everyone if we know how to do it, quietly and with respect for the people and for the island. Evolution brings us to this, and to reach the positive aspect of this situation we must educate so that people do it properly and in an orderly way.

Do you practise any other sports?
I do some running, but I am mainly into surf. The bad point is that, as this winter there have been few waves, it has been «softing» that I have practised most» (giggles)
It’s always been said that the surfer community is like a big family, is it really like this?
Yes, we aren’t together every day, but there are always good vibes. Either if we go with the boys in the south or if they come to the north, we know and protect one another.

Which is your favourite spot?
Lobos and the left in El Hierro are my favourite. In Lobos I go the wrong way, but even so, it’s perfect.

Your perfect plan for the weekend?
Now, my plan is letting my seven-year-old child grow up a little bit so we can get into the water together.
At present, when I have a chance to get into the water I try to take advantage of the years that lie ahead; now, every year that goes by I say that my son gets one year «less young» but I get one year older. So, I have to make the most of every single minute (giggles)
A piece of advice for new generations…
To focus on what they really want to do in life. If it’s the sea that they like, they should live near it, study biology or something related to it. You don’t need too much to live and being happy is what really matters.

Juanjo is involved in Mar Azul Surf Club, founded almost twenty years ago by local surfers and people who have been living on the island for a long time with the aim of organising championships, surf festivals and speeches that help motivate the team, giving them support in their training. After a silent period, the club is now resuming their activity, and they will give news in short. 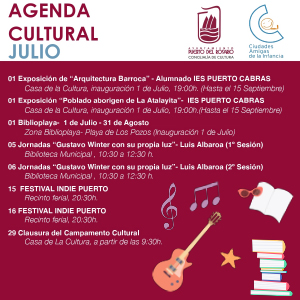