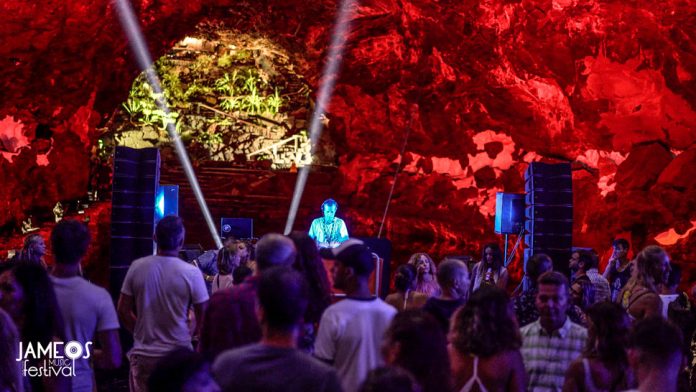 Every Summer in Lanzarote, in one of the most spectacular sites in the word — the unbeatable natural setting of Jameos del Agua — a new edition of Jameos Music Festival is held.

Last June 28th, the first out of the 4 sessions of this music festival took place, and the rest of the sessions of this sixth edition will be offered throughout the Summer. Thanks to their careful production, the spectacular setting where it’s held and the exquisite selection of music they offer it’s become one of the best cultural offers in the Canary Islands and in Europe.
This boutique festival, of limited capacity, offers us a high quality line-up, including soulful house, disco and rare groove sounds with a mixture of soul, jazz, R&B and world Music.
Throughout the booth of this lava tube, which César Manrique turned into a spectacular Art Centre, some of the best djs in the planet have gone, the top quality djs of the club music.
The first session of Jameos Music Festiva, a real success, was loaded with percussion and African music, remixes by Jow Claussell (New York, resident of Body& Soul Clubparty), Kwenya Carreira (Madrid, funder and owner of the well-known Marula Café in the capital), Hector Mingues (Madrid) and Dj Isaacb (Fuerteventura).
If you couldn’t attend the festival opening session you still have three more chances during the summer. Take note and choose a session, don’t take long to make up your mind, the complete capacity sign will appear very quickly and admissions are already on sale.

On July 19th the booth in Jameos will hold one of the internationally best-known musicians, Osunlade, a referring spiritual house musician and one of the most influencing figures in deep house and afro house all over the world. He’ll be sharing the booth with the well-respected London producer Phil Asher and with The Mighty Zaf, owner of Reckless Records (Soho), one of the most popular record shops in London.
The local talent will be offered by a real classic in Lanzarote, Checha Tambo, one of César Manrique’s nephews, dj, musician, promoter, director of troupes, owner of premises and tireless cultural activist, always at the musical avant-garde of a multi-cultural Lanzarote, open to the world. 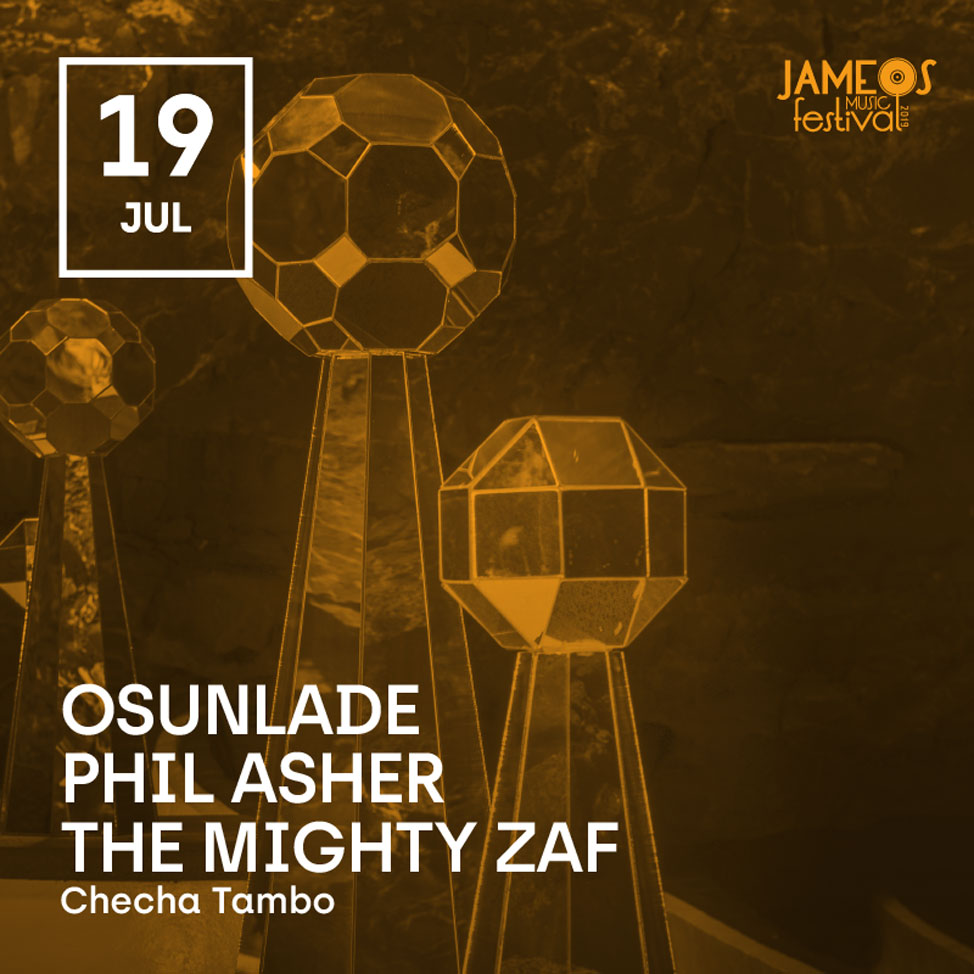 The third appointment promises to be an eclectic session where classic house, disco and soul themes will be played, loaded with Afro-Cuban rhythms.
Marshall Jefferson, one of the fathers of Chicago House, will be at the top of a line-up that will be completed by the talented Natasha Diggs and José Márquez, who will give a latin flavour to the evening, and also Jesús González, from Lanzarote, passionate about vinyl records. 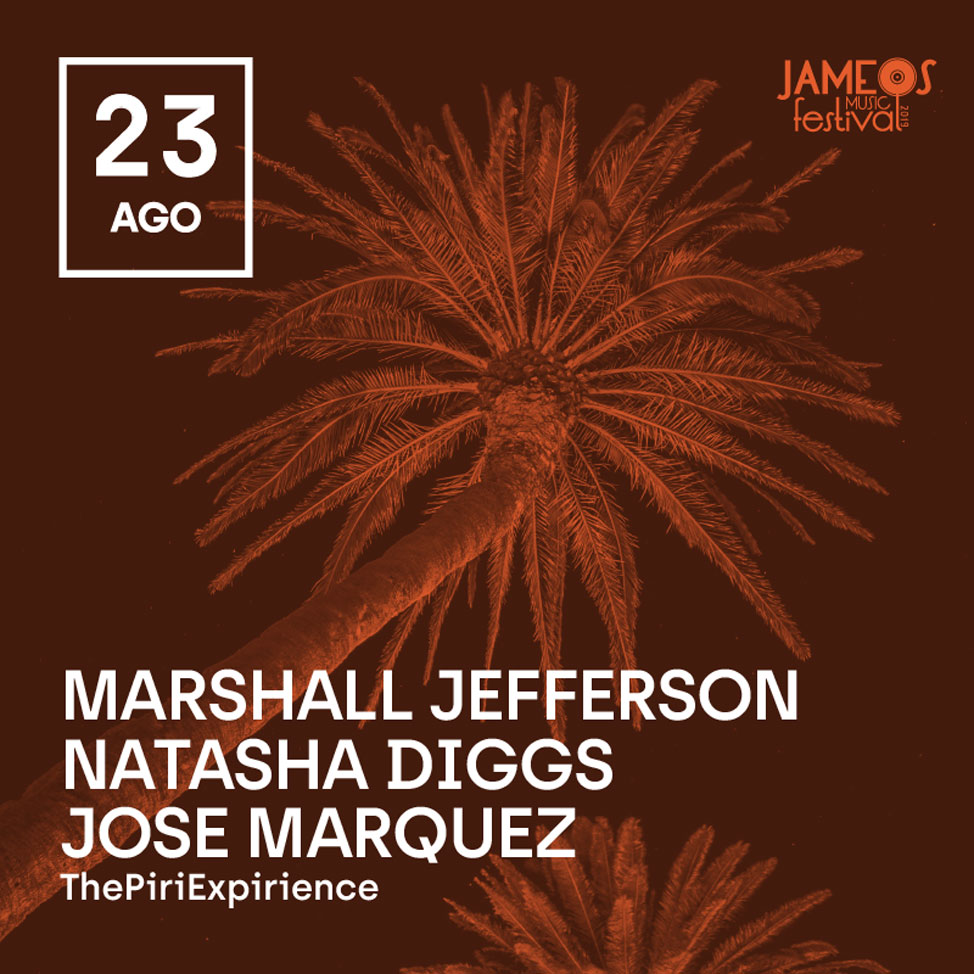 The festival closing session, the appointment most demanded by the audience, will be held by a regular in Jameos, the mythic John Morales, Godfather of the festival, who will share booth with one of the young talents of the current scene, Melvo Baptiste, and with the New yorker Ian Friday, a referring figure of global soul. This last session, the culmination of the festival, will also bring us the voice of Gizelle Smith and the records by the local selectors ONEche Djs. 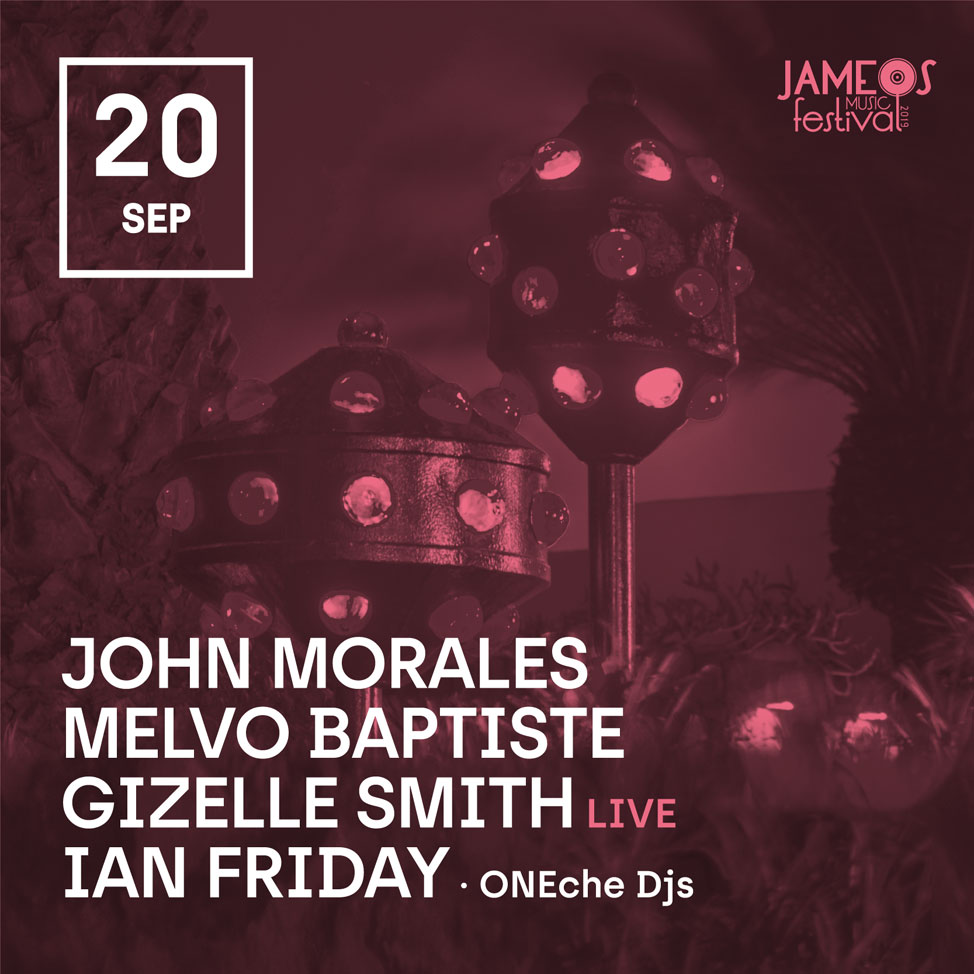 Music, art, culture, nature and sustainable development are the values of this festival that year after year will establish as one of the unavoidable appointment in the Canary Islands.
Jameos experience will complete with special discounts in lodgings cooperating with the festival and car rental. You can find all the info in the web site of the most awaited event of the year in Europe.

Jameos Music Festival is organised by the centres of Art, Culture and Tourism of the island council in Lanzarote and the artistic director of the Lost Paradise producer, and it has the collaboration of the Tecnosound Team, Avis Canarias and Seaside Jameos Playa Hotel, Sands Beach Resort and Arrecife Gran Hotel. 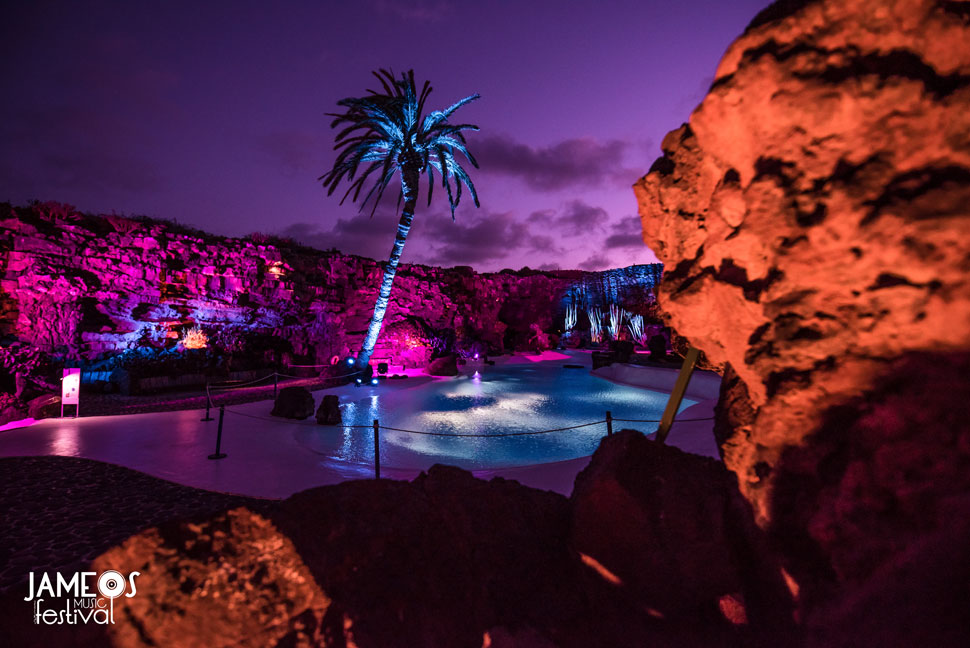 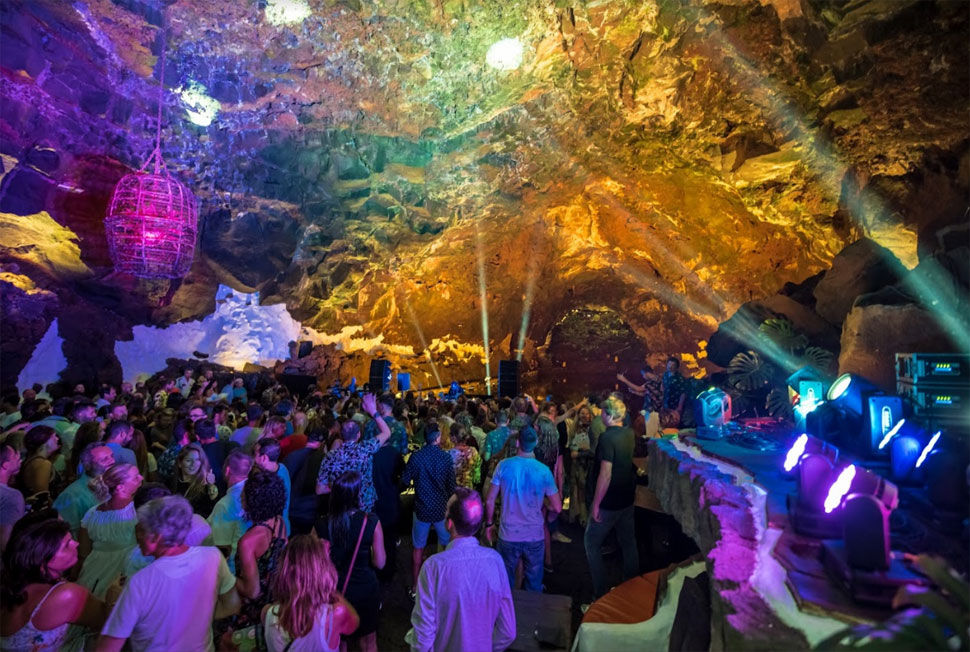