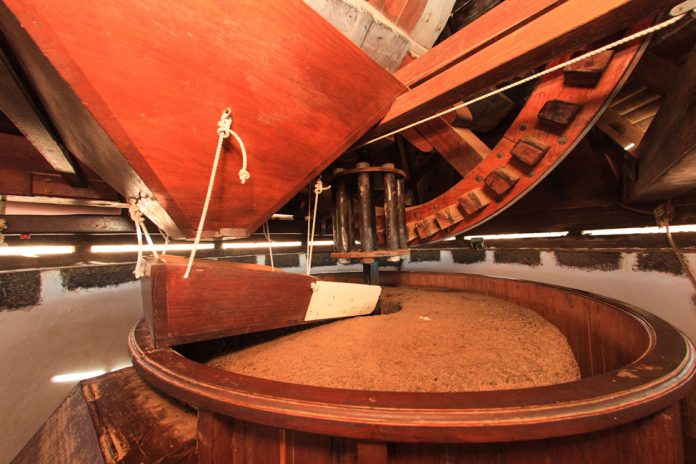 El “gofio”, just like the Canary banana and the “papas arrugadas con mojo picón”, is incredibly popular within and outside the archipelago. So representative is it of the islanders’ idiosincrasy that there’s a popular saying: “more Canary islander than “Gofio”

But, what do we know about this food, so characteristic in the dinning rooms of The Canary Islands?

In few worlds, “gofio” is a kind of flour produced by toasting and grinding the grain, usually corn or “millo” (sweet corn).
Dating back to its origin, although there aren’t exact data like in most cases when we speak about culture and traditions from the inhabitants of the Islands before the conquest, there are records that “gofio” was used by Canary Island natives hundreds of years ago. Actually, the word “gofio” was already used by the natives from Gran Canaria and Lanzarote, and it’s been kept up to present.
In the beginning, it was made of barley or corn; later on, “millo”, lentils, chickpeas…started to appear, and in times of necessity gofio was made out of almost anything, like from the roots of a kind of fern. Thanks to its high nutritional value and due to the scarcity of other food in the islands, it was a basic food for natives for many years and, later on, in the different famine periods the island has undergone throughout history.

To make gofio the traditional way, once the grain has been harvested, you must thresh it (separate it from the straw) and toast it in a kind of pan for cooking “paella” on the fire with sand at the bottom to avoid it burning. After leaving it cool down you grind it, crushing it with two big stones facing each other. In its beginnings, the natives ground the grain by rubbing the stones manually, and in time this work was transferred to water and wind mills. There are many of these mills throughout the archipelago still allocated to grinding “gofio” at present.

Something little known about “gofio” is that it’s had the seal of Protected Geographical Indication (PGI) of the European Union since 1994, a seal similar to the well-known Denomination of Origin but not so comanding, as it doesn’t require all the production process taking place in the same geographical area.

In a thousand different ways

The uses of “gofio” in the kitchen get to where the cook’s imagination does, as it happens with any other product, but we can mention the most popular ones:
With a milk cup, it’s the typical Canary Island children’s breakfast (and not children) in substitution of “cola cao”.
Some spoonfuls of “gofio” to the day’s dish, it doesn’t matter what it is, can’t be missing.
And for special cooking days when we cook fish stock or stew, we mix “gofio” with some stock from the strew and serve it with some onion and “mojo”. Thus we get a delicious scalded “gofio”, as it’s called in the most occidental islands.
It’s becoming more and more common to find it in desserts as well, in the shape of mousse or cream caramel; an enthusiast of our star product has even dared to produce a “gofio” liquor… if you find it, give it a try, it’s delicious. 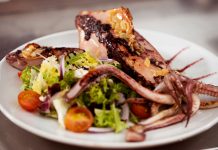 Olivo Corso Restaurant: cuisine and art that delight you 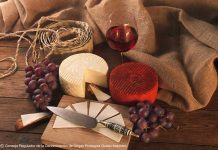 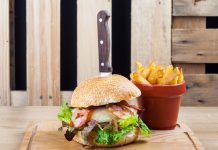