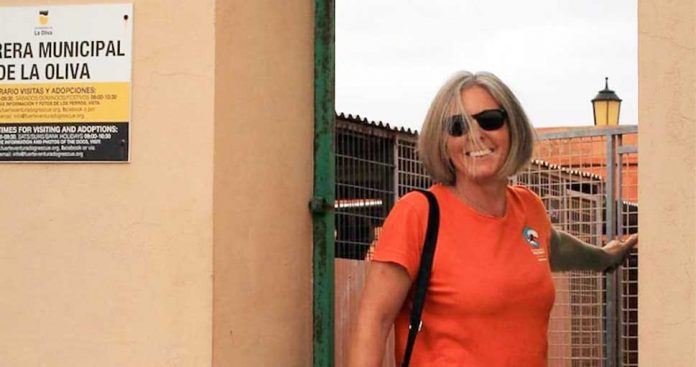 Annile Dunn belongs to Fuerteventura Dog Rescue, an association, with headquarters in the municipality of La Oliva, which has been lately concerned with the well-being of 25 dogs, most of them victims of animal abandonment.

From this association, created in 2013, initiative of a group of friends that used to collaborate with the municipal dog shelter in La Oliva, they take care of abandoned dogs and search for shelters. They also make the inhabitants of the island aware that animals, just like people, deserve living with dignity.

Is there much dog abandonment in the island?
Yes, too much. It has much to do with education. You just have to watch how many tied dogs you can see on the rooftop terraces in the villages of the whole island. They aren’t a part of the family. People believe that dogs are guardians of the state, and hunters have them as working tools. When they aren’t useful any more they leave them in the street or take them to the dog shelter. The lack of education can also be seen in sterilisation. Many people are against it, but then they aren’t careful when they have a female in heat.

Is there any awareness in the island regarding dog adoption?
Campaigns on this matter are always taking place. Many people don’t agree it’s necessary to pay for a dog that has been abandoned. However they don’t realise that they aren’t paying for the dog; it’s just a donation to help pay for the expenses that dog has generated to the shelter.

Are children being educated to take care of their pets?
From time to time there are some campaigns. Some time ago I used to go to schools to explain that a puppy isn’t just a Christmas present, and what having a pet really means. Maybe it should be implemented as a cross-curricular subject in schools. But education shouldn’t take place just in schools, children must also learn at home and if they are unlucky to have parents that think that having the dog tied outdoors is alright this is what the child will learn and they’ll grow up like this.

What do you expect from the future Animal Protection Law in the Canary Islands’ Government?
One thing is what the law says and quite another thing is how it’s implemented. The law says that every three-year-old dog must carry a chip. So, how is it that we have so many abandoned dogs without one? Is nobody controlling that the present law be fulfilled? Maybe the law needs to be reviewed but we also need more agents to control its fulfilment.

Do The Island institutions help animal protection organizations enough?
Not really, if we take into account that, in the municipal shelter, next to the Town Hall, it’s really the associations that pay for the expenses. Town halls and the Island Council must start the change, making people fulfil the law, and it’s also them that should help improve the conditions and give some funding to the associations that are helping.

Are they working enough in the protection of breeds such as the «bardino majorero»?
This dog’s well known for being a guardian dog for the house and the country house, so there’re many people who are afraid of this kind of dogs as a part of the family. It’s a big dog which a strong character and you must know how to deal with them. It’s not a teddy, but if you train any dog properly they can be really cute.
There’s still a generation that considers them as guardians. We’re dealing with a kind of dog with hasn’t been socialized and they aren’t used to people. They’re abandoned and it takes a time to find a new place for them. Almost every dog we find is a «bardino» or a mongrel of this breed. 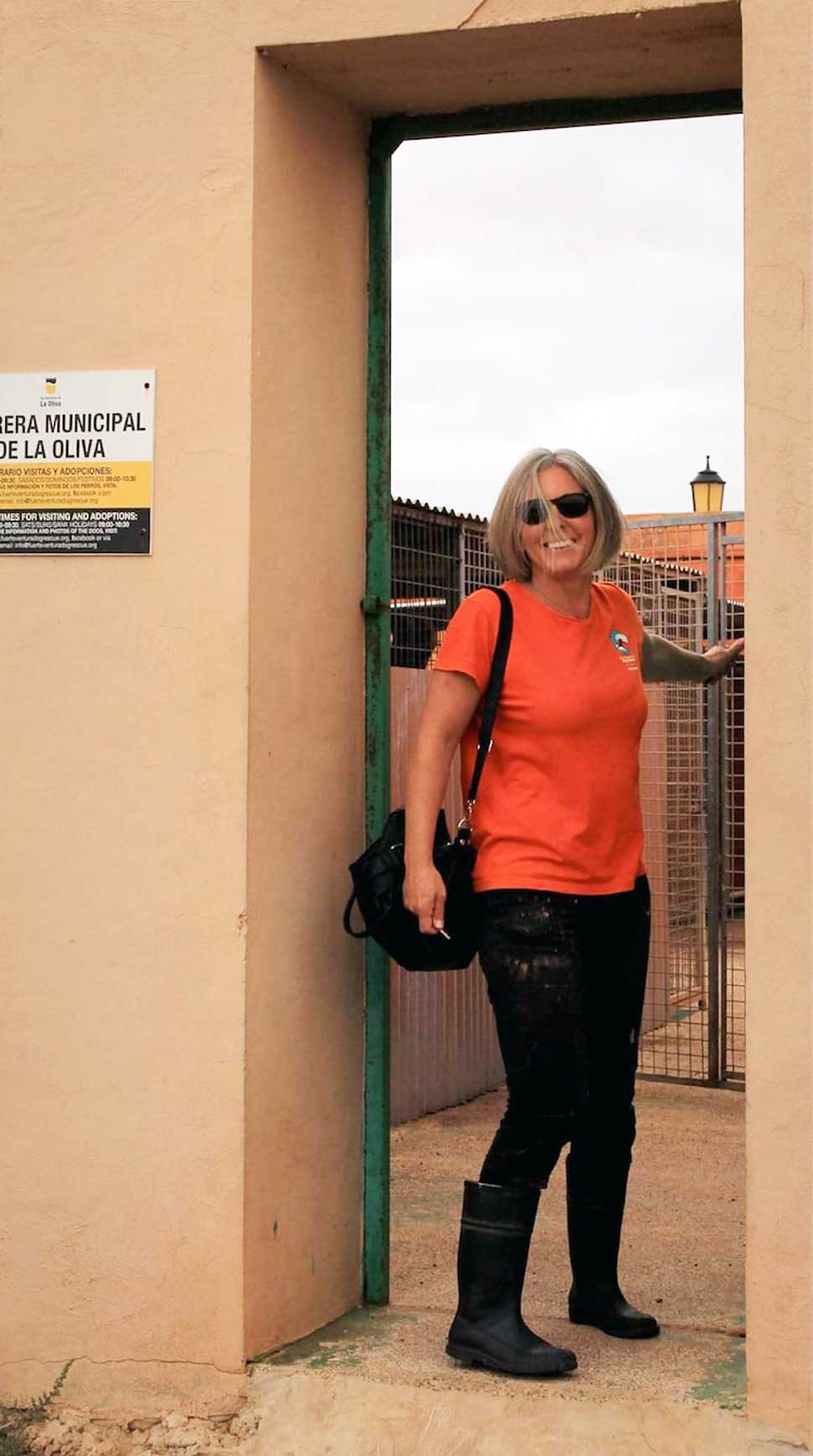