Home What to see Five routes along trails that bring you to the most natural part... 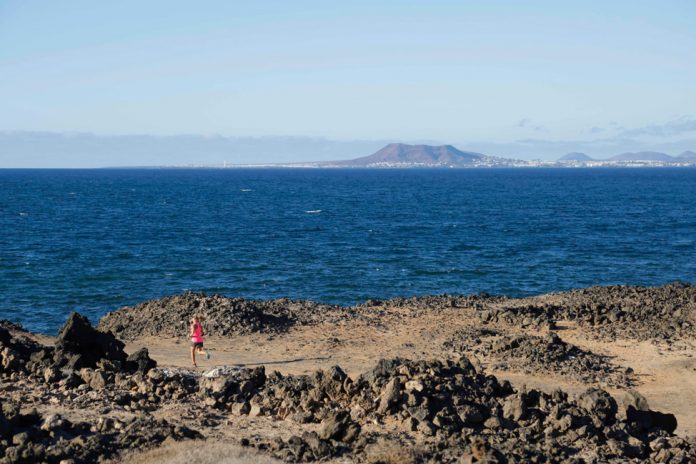 The natural surroundings of the northern district of La Oliva are simply spectacular. Sand dunes, volcanoes, badlands, a wild and secluded coastline, and more. Many of these wonders of nature are rather secluded, off the beaten track and far from the roads and towns, so we suggest you take a trip deep into the landscape to experience it close up in the healthiest and most respectful way: on foot. 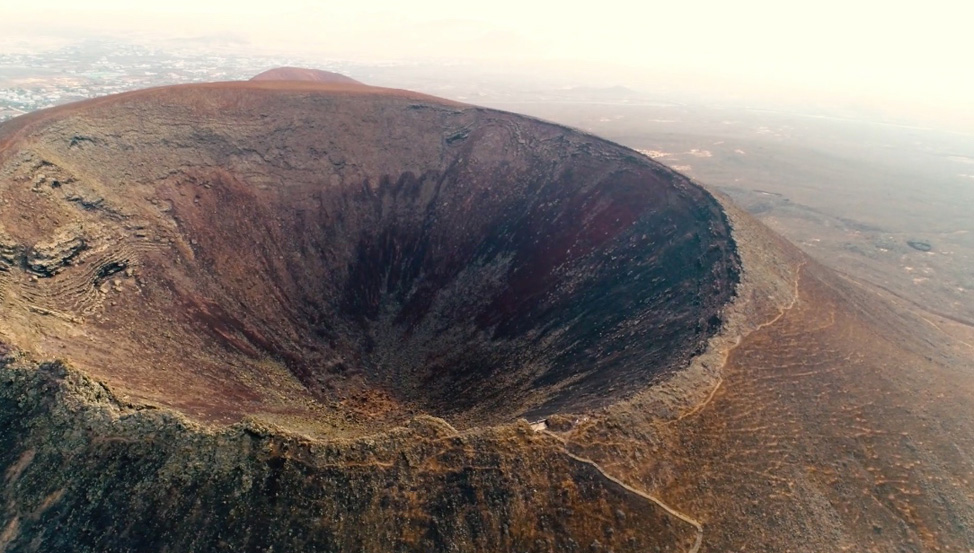 This is a small footpath that goes through volcanoes and fields of volcanic lava flows (badlands). The circular route links the town of Lajares with the summit of the Calderón Hondo volcano and returns to its starting point. It is a relatively easy walk and highly recommendable, as it is very scenic and there are extraordinary views from the summit, which looks down on the 70m deep crater of Calderón Hondo and the characteristic volcanic environment of Fuerteventura and the neighbouring island of Lanzarote. The round trip is 3.5 kilometres, which takes about an hour and a half to complete. 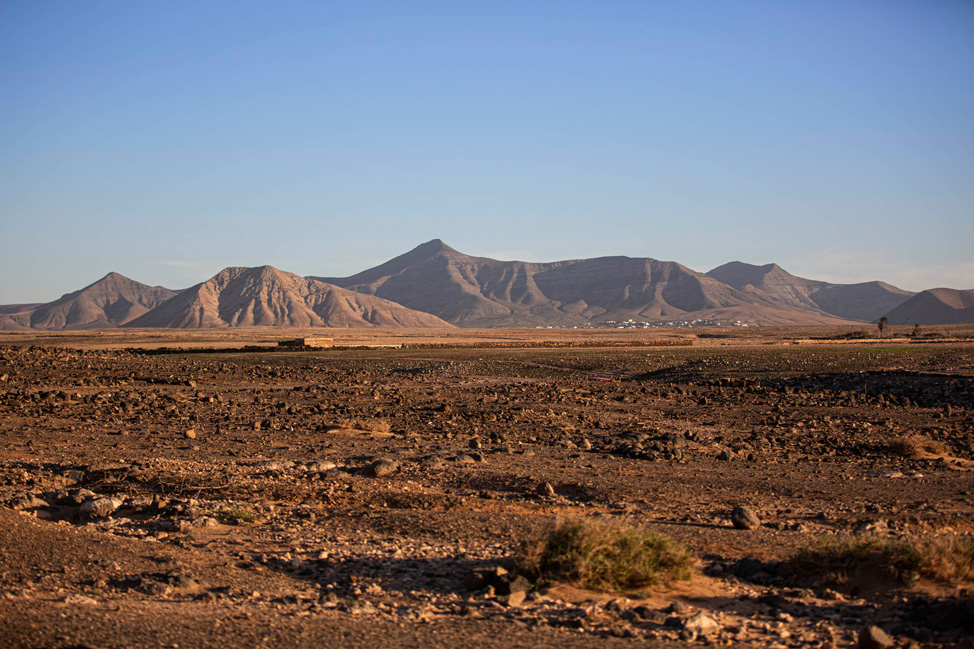 This trail is about 15 km long and starts in the village of Tindaya, crossing the landscape of the interior before reaching Esquinzo beach and continuing along the coast to the village of El Cotillo, a walk of about 4.5 hours.

There are plenty of highlights waiting to be discovered along the way, both natural and cultural: the magical Tindaya Mountain, lime kilns, remains of indigenous constructions, the breathtaking arid landscape typical of Fuerteventura and this region, birds, and more. When you reach the mouth of the Esquinzo ravine, a spectacularly wild beach awaits you, which is just a taste of the landscape that you will see all the way along the coast to El Cotillo: cliffs, ravines that lead to hidden and unspoiled beaches, the rough northern sea, all the way to the village of El Cotillo. The first thing you will see when you enter the castle of El Tostón is the impressive tower that has defended the quay and the village from pirate attacks since the beginning of the 18th century. 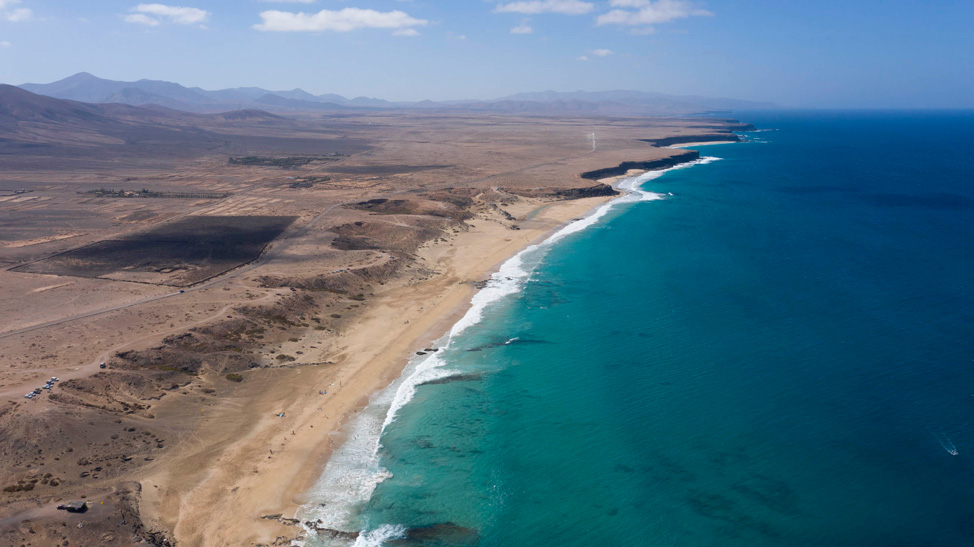 A favourite spot for walkers is the section of the GR 131 long-distance trail, the first three legs of which (a third of the total) passes through the district of El Cotillo.

The first stage of the trail is 3.5 km long and is entirely located on the islet of Lobos, which can be reached by boat from the dock in Corralejo. Starting from the Martiño lighthouse, it crosses the islet all the way to the quay along an almost flat route that reveals a host of attractions: Volcanic formations, views of the Atlantic, Lanzarote and Fuerteventura, a dream beach, historic salt flats… To see the whole of the little island, we recommend you start out along the path to the lighthouse on the other side of it, going through El Puertito with its natural lagoons and passing salt marshes and ponds inhabited by numerous birds and endemic plants, such as the emblematic Semprevivum, also known as houseleek. The island of Lobos is a miniature treasure in itself and a must-see. 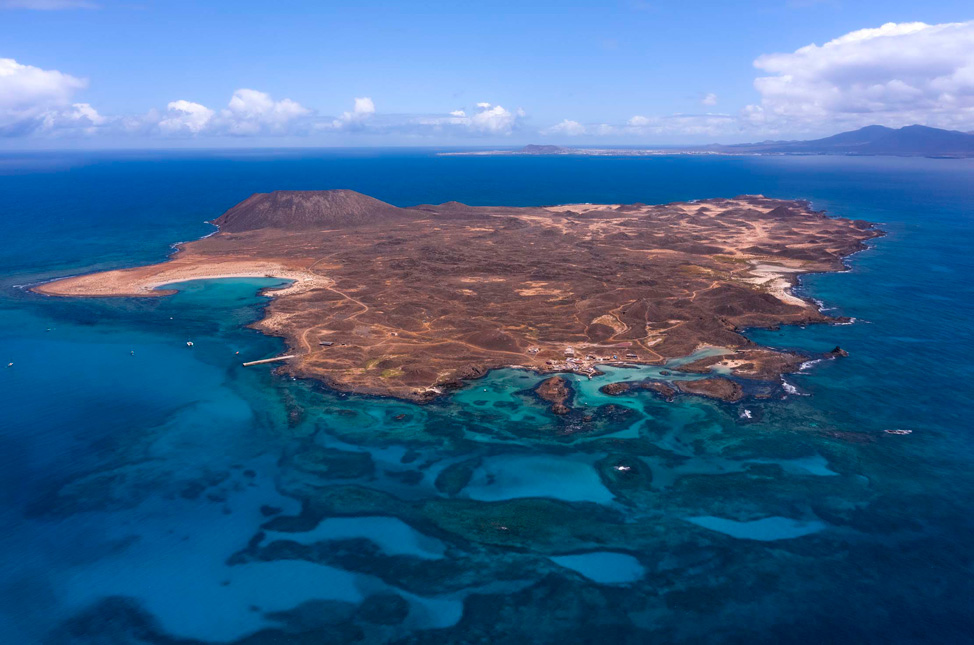 Stage two starts from Corralejo. After a 25.9km route with hardly any ascent, mostly between volcanoes and badlands with views of the sea and Lanzarote, you come to the village of La Oliva, one of the most historic places on the island of Fuerteventura. 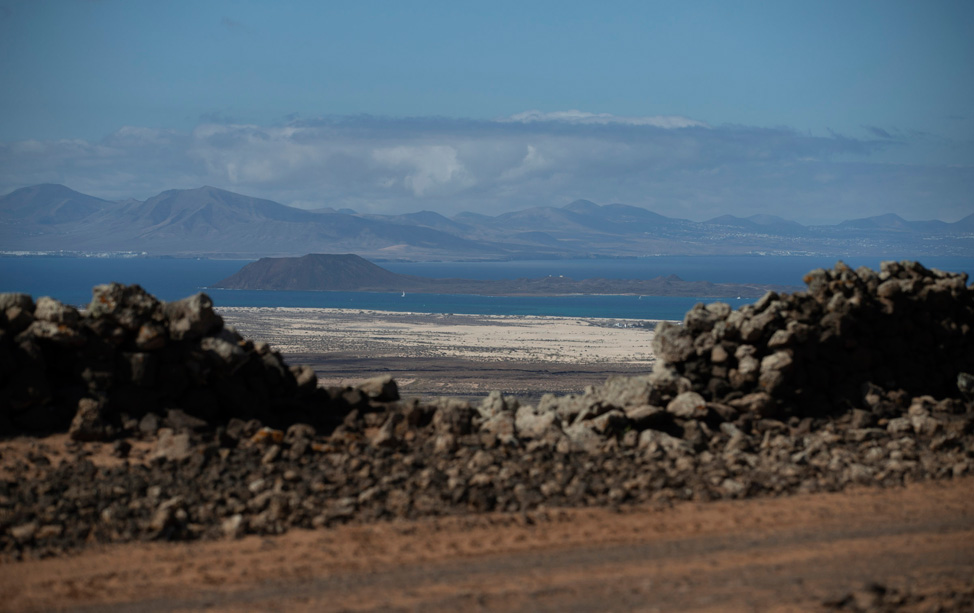 The third and final stage, which runs through the municipality of La Oliva and is one of nine the length and breadth of the island, starts in La Oliva and reaches the town of Tefía via a 16.8km route with an ascent of 242m. The main attractions of the route are the Tindaya Mountain, Quemada Mountain with the sculpture of Miguel de Unamunoto commemorating his exile on the island and the various displays of life in the rural environment of Fuerteventura.

These are just a few of the trails. However, there are many more options to discover the wonders of La Oliva on foot, countless paths where you can lose yourself and drink in the splendour of this secluded and natural spot. Consult the La Oliva footpaths guide here.

Make sure you always stick to the marked paths, as this extraordinary landscape, which at first sight may seem like a desert, is in fact home to a very rich and special variety of plant and animal species which are important to preserve.