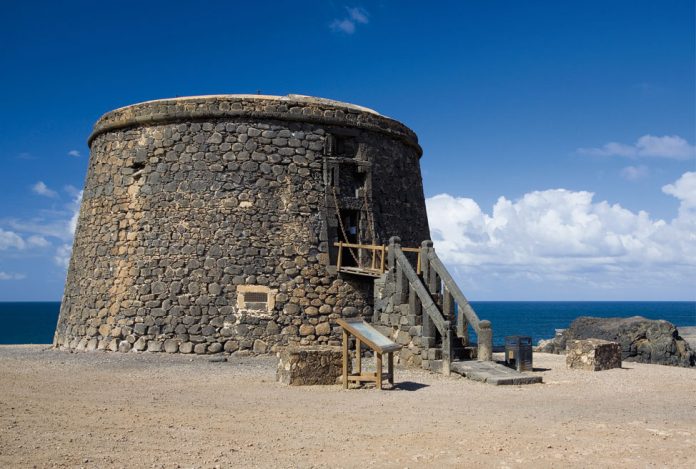 Raised three centuries ago to defend El Cotillo’s dock from pirate raids, the majestic tower of El Tostón is nowadays a clear witness of Fuerteventura’s history, located in a natural enclave of great value.

We are in the XVII C, the beginning of Fuerteventura Island conquest goes back about 200 years. In the Northwest of the island, in the middle of a wild and unspoilt coastal landscape, a fishing and trade-related settlement has started to arise due to its strategical location and its little natural dock: «El Puerto del Roque», which later on would be called «Puerto del Tostón».
This little dock, lost in the northern coast of the island geography —sprout of the current village of El Cotillo, one of the most charming places in Fuerteventura— was becoming quite important by then, due to the fishing activity and the trade of certain products like cochineal, cattle and cereal. The growing trade activity drew the attention of Berber, English and French pirates and, as a result, the need to build a defence tower, to weather the pirate raids which were so frequent on the vessels of the dock, was considered.

In the year 1700, Ordered by the General Captain of the Canary Islands, the architect Claudio L’Isle organises the building of two defence towers in Fuerteventura: San Buenaventura Tower —located in Caleta de Fuste, in the Eastern coast of the island— and El Tostón Tower, formerly called «Torre de Nuestra Señora del Pilar y San Miguel».
The construction is a two-storey circular structure. The ground floor was used as a warehouse and the main floor, with a vaulted roof and to which you could access through an outdoor stairway, was used as a lodging for about twelve men. A small staircase from the main floor goes up to the terrace, where the iron cannons that defended the dock were. To build it they used stones extracted from the village quarry, next to the church of «Nuestra Señora del Buen Viaje», patron saint of El Cotillo.
It’s usually believed that the tower of «El Tostón» was built on a previous fortress, ordered by the conqueror Jean de Béthencourt in the Xvth century, and it was called the Castle of «Rico Roque». However, some research oppose to this idea by stating that the definition collected in «Le Canarien» —a chronicle written by Franciscan monks about the expedition of the conquest of the Canary Islands where the location of the fortress ordered by Betancout is described («en la dura pendiente de una montaña, sobre un manantial, a una legua del mar»)— doesn’t match the place where «El Tostón» Tower is located.

In 1949 it was declared historical monument of cultural interest. At present, it is possible and recommendable to visit «El Tostón» Tower, as it is an impressive construction in the middle of a natural landscape of great value, and a witness of the importance that El Cotillo had in older times apart from being a cultural space, as it hosts exhibitions of contemporary art of any kind. But to tell the truth, only the sight of the coastline from the terrace of the tower makes the visit well worthwhile. 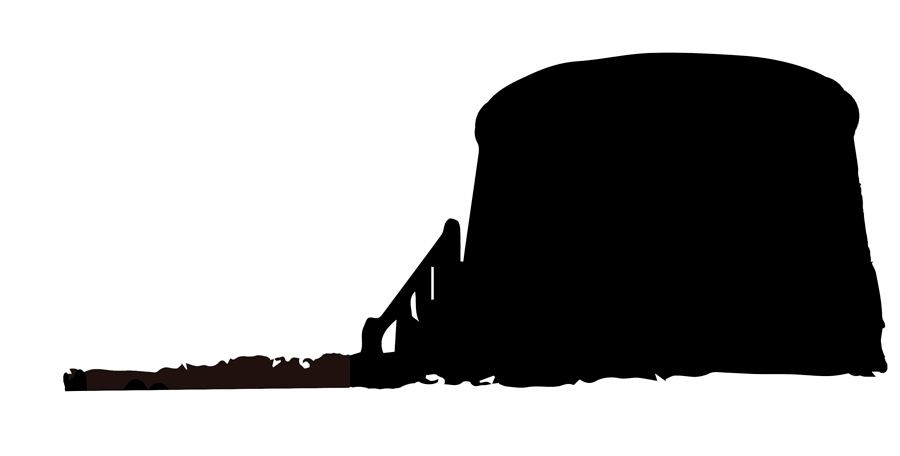