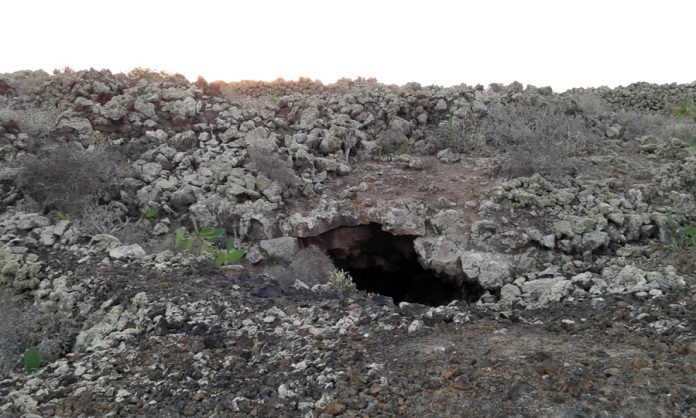 The male inhabitants of the area used to come to this «Cueva de los ídolos», in La Oliva, to shelter from witnesses and play cards clandestinely. The discovery of a little prehistoric idol by a neighbour placed it in the regional archaeological map, and it was opened to the scientific community at the beginning of the 70’s in the last century. Next to the card players, who occasionally visited the cave, there was an archaeological treasure, unique in the island.

Victoria del Toro is graduated in History or Art and has a master in archaeology. This young lady went to this volcanic tube, located in «El Malpaís de la Arena» to make her master final project. After considering other options she ended up recovering the bibliography about the cave written up to the moment and analysing thousands of ceramic fragments found in the site and that now are under the surveillance of Fuerteventura Council.

In this archaeologist’s relate, we go back to the 70’s in the XX century to get to know the beginning or the archaeologic works in this place. Del Toro remembers how at those times a little idol was found inside and this led to the first archaeological intervention by Julio Moisés and P.Leal, in 1970.

After them, in 1971, Francisca Hernández came to the area from the General Commissioner for archaeological excavations, who collected the information that she would hand out to Demetrio Castro Alfín later on. In 1974 this professor continued the archaeologic works, finding out new material and relating the ceramic remains to about one hundred recipients.
At those years, the cave didn’t stop disclosing archaeological material. Victoria del Toro defines the place as an «extraordinary archaeological site, in the aboriginal context of Fuerteventura in particular, and in that of The Canary Islands in general, due to the amount and singularity of the material that was found inside, and even more extraordinary if we consider the dimensions of the cave, 16 metres long and between 7 and 1,5 metres wide».

Among the material found all through these years there are stones, terrestrial fauna (sheep and goat remains), molluscs (remains of limpets from the island, «burgados» and mussels), «ictiofauna» (fish bones), human remains, smooth stones, which could have been used as collar beads, little mills, bone punches, two little stone objects identified with presumed «pintaderas» (decorated stone plaques), several idols and a great deal of ceramics.

For this researcher, the most meaningful aspect was the findings of several little anthropomorphic idols and with a marked sexual meaning, male and female alike, which ended up naming this place after them, «Cueva de los ídolos del lugar»

It was the first time that these idols had been found in archaeological sites in Fuerteventura. Castro Alfín spoke in his studies about ten idols but he only relates eight out of them. Six of them are anthropomorphic and are made of stone and bone, while the other two are decorated stone plaques.

Victoria del Toro says that the found human remains were teeth, parts of the cranium and a femur «but they were in a really bad condition, so we couldn’t clarify sex, age or if they belonged to just one or more than one individuals». Moreover, a rib bone was found «which could be human and with several incisions», she adds.
In 2017, the researcher decided to start a study related to the ceramics found in the cave. She examined 6123 fragments, half the amount of pieces that were found in that place. The aim was to identify the characteristics of the ceramics through macroscopic observation and the kind of plaster, boiling, treatments on the surface and some morphologic and decorative aspects.

After the study, the researcher could prove how different decorative techniques, such as the engraving, which is divided into crenellated (the mud is removed with a wide tip tool which could be rounded or square),incision(the groove is made with a sharp tool with wide or thin tip), and other techniques.

Likewise, the studied fragments stand out for its zigzag decoration and for having been made by several people, there being regular and irregular shapes. There are also ceramic remains of this history era, which makes us think that the cave could have been used after the conquest.

Del Toro draws our attention to the importance of this cave, which could have been used as a room with mourning purposes, as the found bones prove, or even as a «hiding place to protect the material from a threat of conflict among clans or conquerors».

There are as many hypotheses and possibilities as cards you can find in a deck of cards. 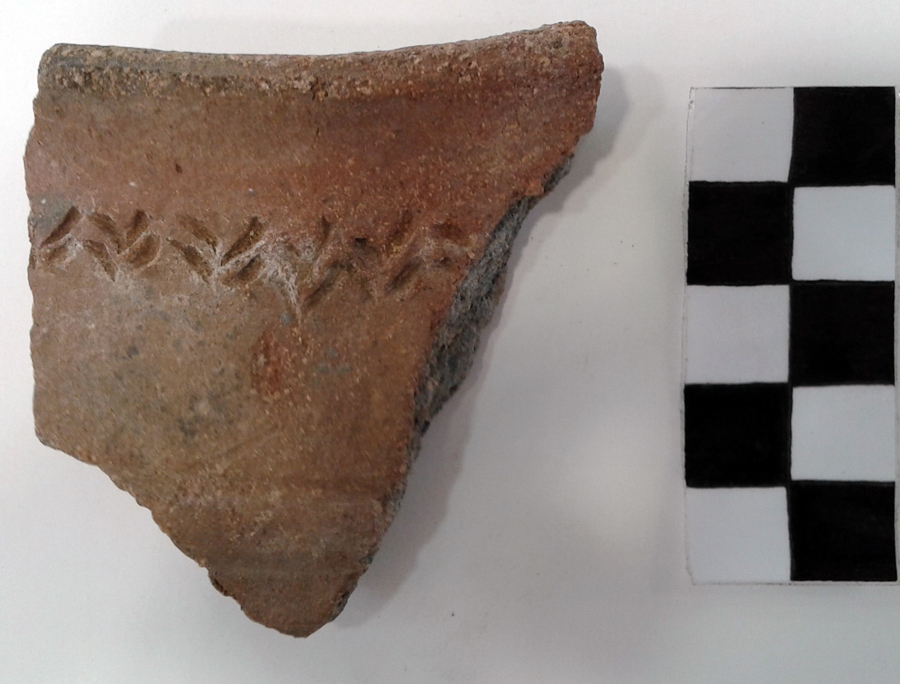 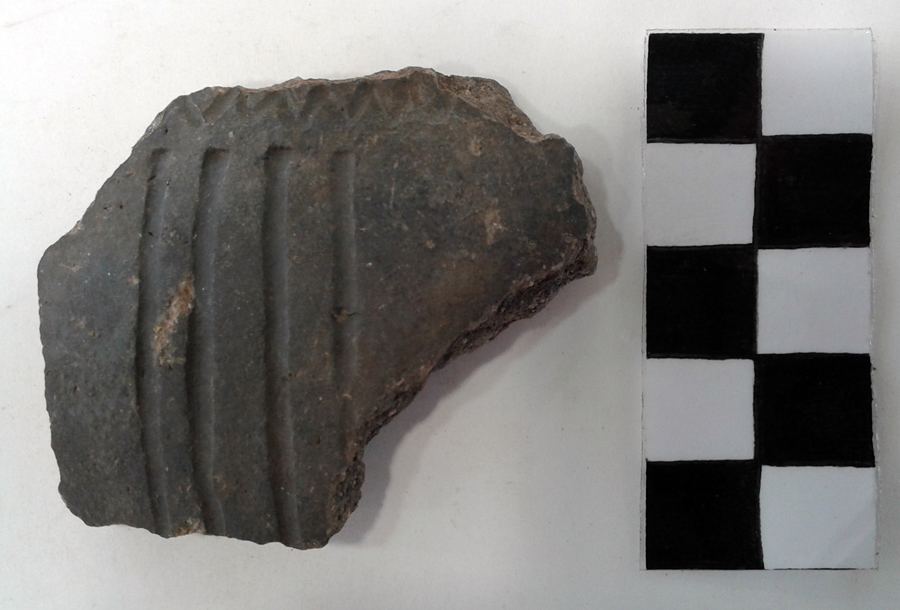