Home Articles Common Orchards, return to the origins from sustainability 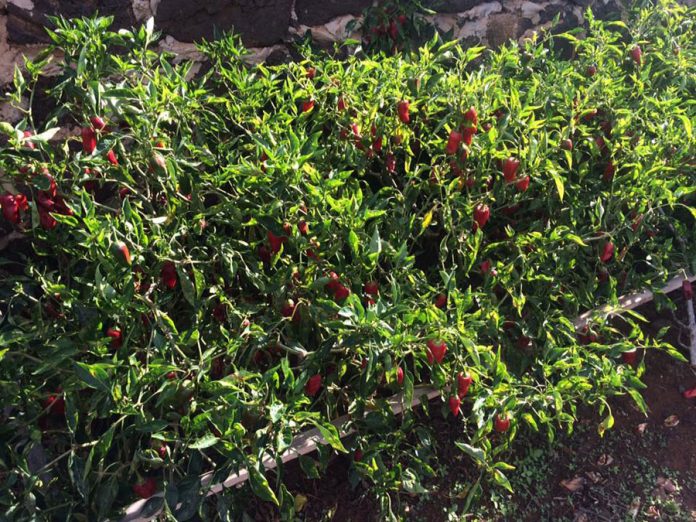 The search for a healthy lifestyle, re-encountering the land or just self-sufficiency, are some reasons given by new farmers. Return to the origins from sustainability.

Alex Hulsberg, Sergej Titov and Noemi Leandro have different origins and professions, but there are two things that join them: they live in Fuerteventrua and are searching a social change in their lives. These three friends have met to create Fuerteventura, Community Garden (FCG), a non-profit association with farming, environmental, ecological, cultural and artistic purposes: it’s all about going back to the countryside, the origins of sustainability and ecology.
Hulsberg is an expert in permaculture (a design searching the integration of farming and the landscape, while Sergej Titov’s and Noemi’s parents have always grown their own food. However they search a familiar and organic farming as a solution to the problem posed by the climatic change and they support renewable energy, respecting environment and community work. «Growing our own food we know what we are eating, thus improving our heath and economy. This way the control of our dietary needs lay in our hands, and not on others’», Leandro states.
Their choice of an improvement in their life styles goes beyond particular needs, as these three founding partners, members of FCG, have set in motion, in Villaverde, the first project of community orchards in the island. According to the definition offered by the National Association of Community Orchards, a community orchard is any plot of land cultivated by a group of people in an urban, sub-urban or rural context, and where vegetable, fruit or aromatic herbs are gown.
In Fuerteventura, the big problem when it comes to growing is water. This is why «the users of the land pay a quarterly fee and have the right to use this land to cultivate it, pay for the water expenses, maintenance and natural fertilisers. Moreover, the Association provides free training to the members, so farming knowledge is not necessary to take part in this community.

In the same light of food sovereignty urban orchards have been spreading in big cities, from terraces, balconies and roofs, becoming more and more popular among the population. In Fuerteventura, the town hall in Puerto del Rosario has pioneered the setting in motion of this kind of projects, using public areas to create urban orchards, thus promoting the participation of citizens, sustainable development, environmental education and traditional and organic farming.
The urban orchards located in Gavia de los Hormiga in Puerto del Rosario are managed by Avanfuer, and are handed over to the beneficiaries for a period of three years plus one more of extension. Born with the aim of creating green areas inside the cities, urban orchards have developed, allowing a return to the origins, the recovery of agriculture and even self-sufficiency for many families.
In the Capital city, these urban orchards are handed over to families in risk of social exclusion, over 65-year-olds, unemployed people and the rest of non-working population but it doesn’t exclude any citizens. The profile of users of these plots is very diverse: ranging from long-term unemployed people and families with a low income to retired farmers. Here the plots are individual but there is always someone ready to give a hand and although the job is individual the community support one another as if they were a big family, according to staments by users.
This is just the first step to leap to community orchards, as Avanfuer has initiated a pilot programme so the whole community can take advantage of the public areas and that they can count on social commitment and the participation of the citizens. 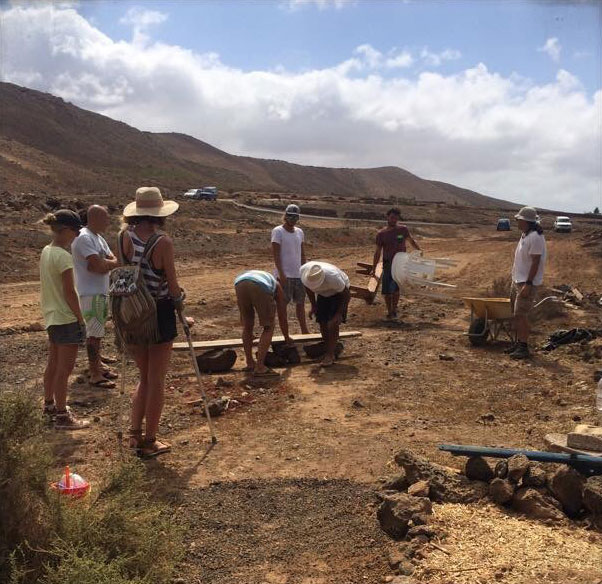