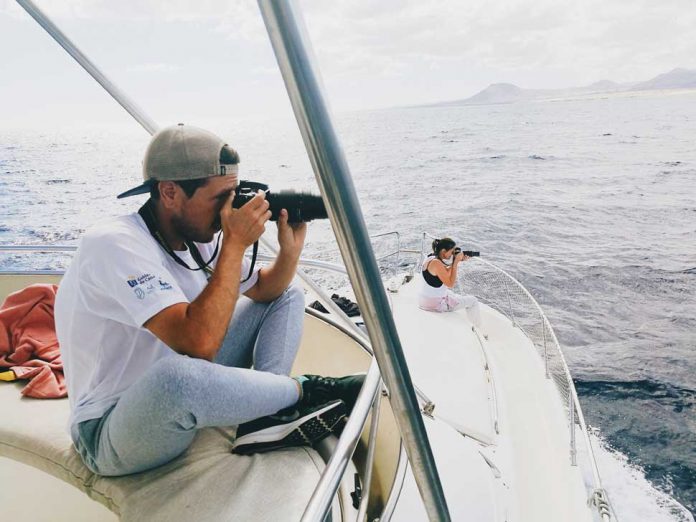 I’d like to send my best wishes, for the New year which is about to start, to the readers of this section, may this year be full of willingness and new projects.

The project «Grey Pilot Whales» in Fuerteventua closes this 2018 with numerous actions focused on the divulgation of our marine biodiversity (specially cetaceans), threats and good practices with over twenty speeches and workshops in different parts of the island of Fuertevwentura. During last year’s summer the new campaigns of research and monitoring of cetacean population in the south of the island started. With the support by the Town council in Pájara some watching trips were carried out with the aim of collecting data about deep diving cetaceans (Grey Pilot Whale, Rough-toothed Dolphin, Beaked Whale and Sperm Whale).

At the end of 2018, the usual autumn research campaigns in the north of the island were carried out. This study, which counts on the support by the Biosphere Reserve in Fuerteventura, has the Grey Pilot Whale (Grampus griseus) as a target species; the watching trips were focused on the tracking of this species through photo ID. With this technique it’s possible to create a catalogue of the fins of each animal, which keeps growing nowadays, thus establishing a monitoring programme of this resident species. It’s still early to forecast the outcome of this research, but data of several whale watching trips have been collected and many specimens have been photo identified.

The importance of this kind of studies focuses not just on the scale of resistance of these animals in our waters but on establishing future measures of preservation. Another species we’ve been able to observe during the autumn campaigns has been the stripped Dolphin (Stenella coeruleoalba) and the Bryde’s Whale (Balaenoptera edeni).

The Bryde’s Whale is a Mysticeti (bearded cetaceans which include whales and rorquals) which can reach up to 15 ms long. They feed on little fish like sardines or mackerels, and they can be watched in our archipelago from February till the end of the summer. They can be found in tropical and subtropical seas.

If you want to be updated about the outcome of this research, next events and speeches, follow us on Facebook: «Grey Pilot whales in Fuerteventura». 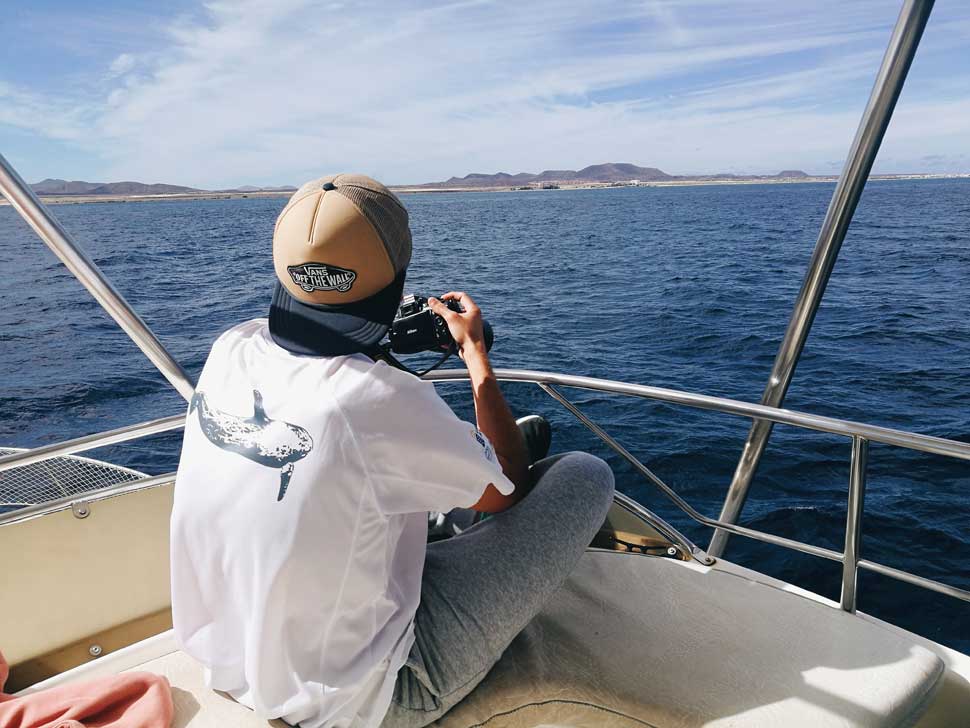