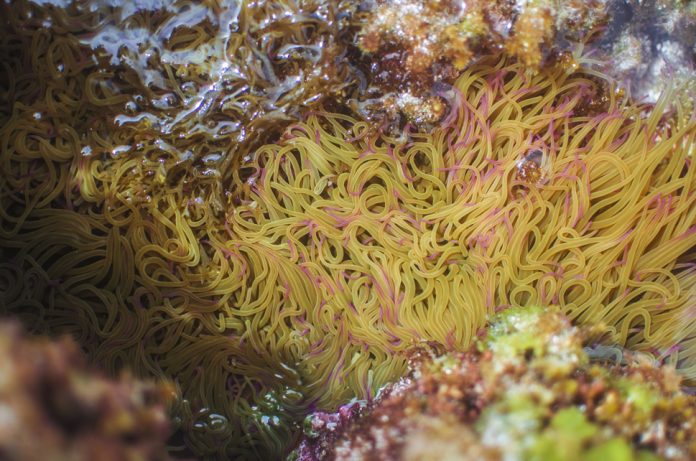 Waterholes are quite overlooked in our coast; you just have to look around and find out the biodiversity they harbour. However, they have been a resource- through self-fishing – for men in the Canary Islands since years before the conquest, as shell remains prove (like shellfish fossils). Because of that they have become fragile areas and it’s important to protect them. Moreover, these habitats are changing because of other factors derived from the human activity: pollution and weather change. As an example, some communities like seaweed prairies have fallen sharply at present due to these factors.

They make up something much bigger than a community; they are little ecosystems that have learnt to coexist with different weather conditions in a single day. The first one is the isolation of some waterholes during the low tide. Just the strongest organisms resist the concentration of salts due to the high temperatures and sunshine hours. These living organisms are a reduced group of seaweed (called blue-green algae or Cyanobacteria) which make us slip when we walk through paddles: caridean shrimps (Palaemon species) or some Phorcus.

As we approach the sea, waterholes remain separated from the sea for shorter periods of time, water is renewed more often and biodiversity grows considerably. Endless algae appear and we can classify them, at first sight, as light brown, red and green.

As for the fauna, bony fishes, such as the rock goby (Gobius paganellus), dominate, perfectly camouflaged with the sea bed, and the «barrigudas» (Blenidae) with their characteristic winding movements.

Also among invertebrates (perhaps the most abundant in the puddles) we find other kings of camouflage, octopuses, very intelligent and increasingly scarce due to shell-fishing pressure. Sea cows (Aplysia sp.) are very often seen grazing the seaweed of the sea bottom, like the hedgehogs. And there are also different types of anemones (Cnidarians), one of the most primitive groups of animals, in different colours.

If some day you happen to stroll along the coast, remember to pay attention to these treasures of the sea, always respecting the ecosystem they form. 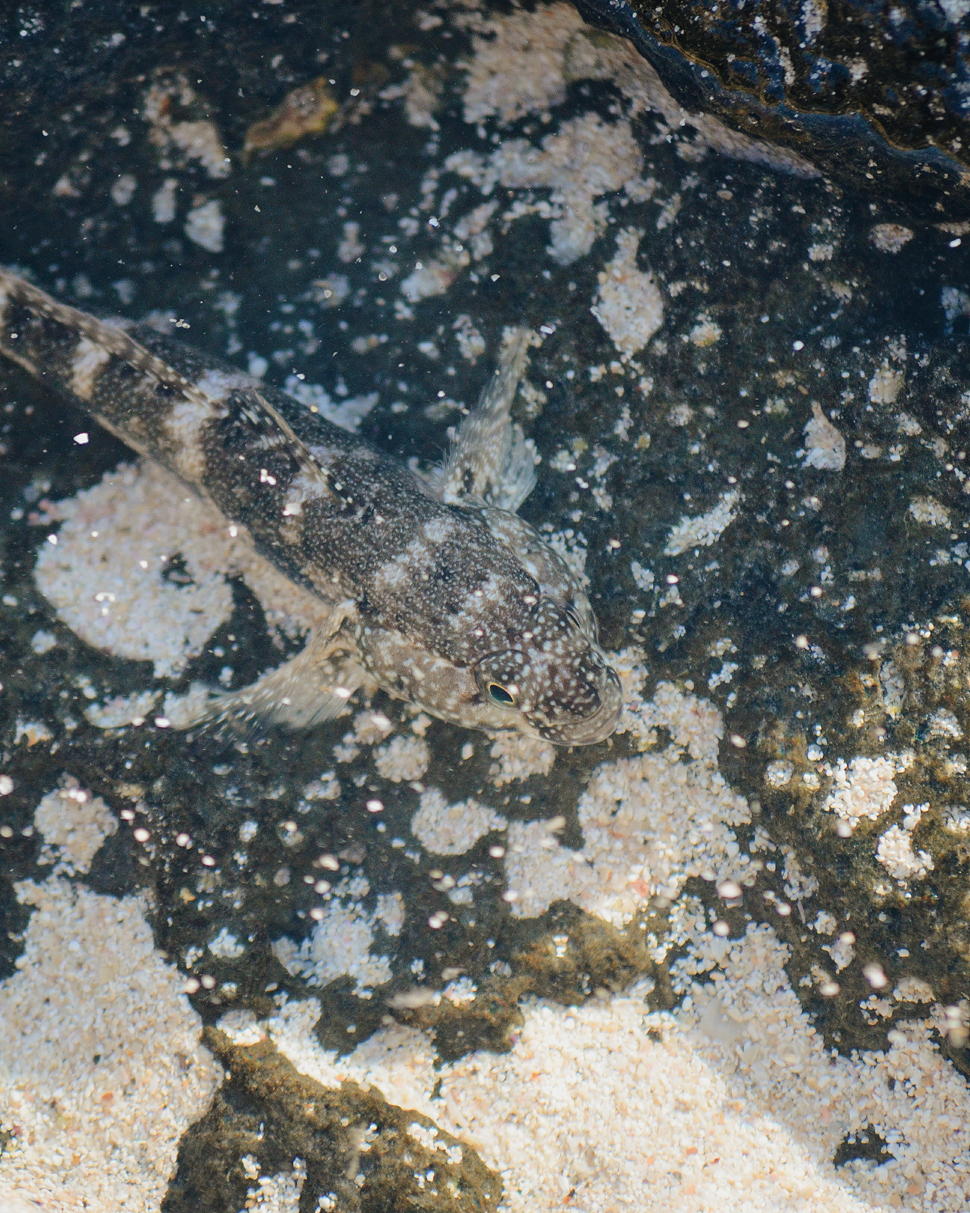 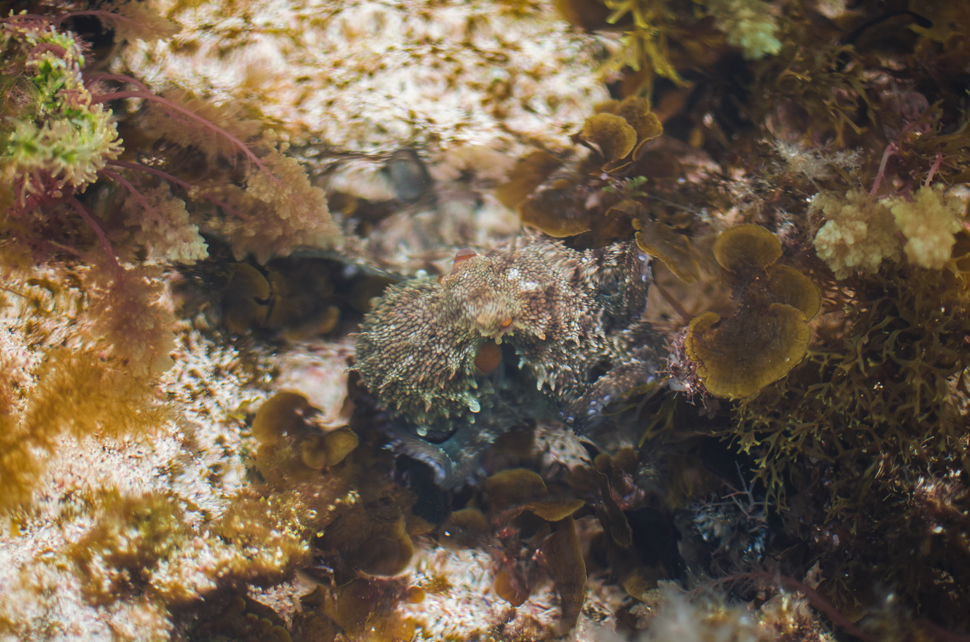 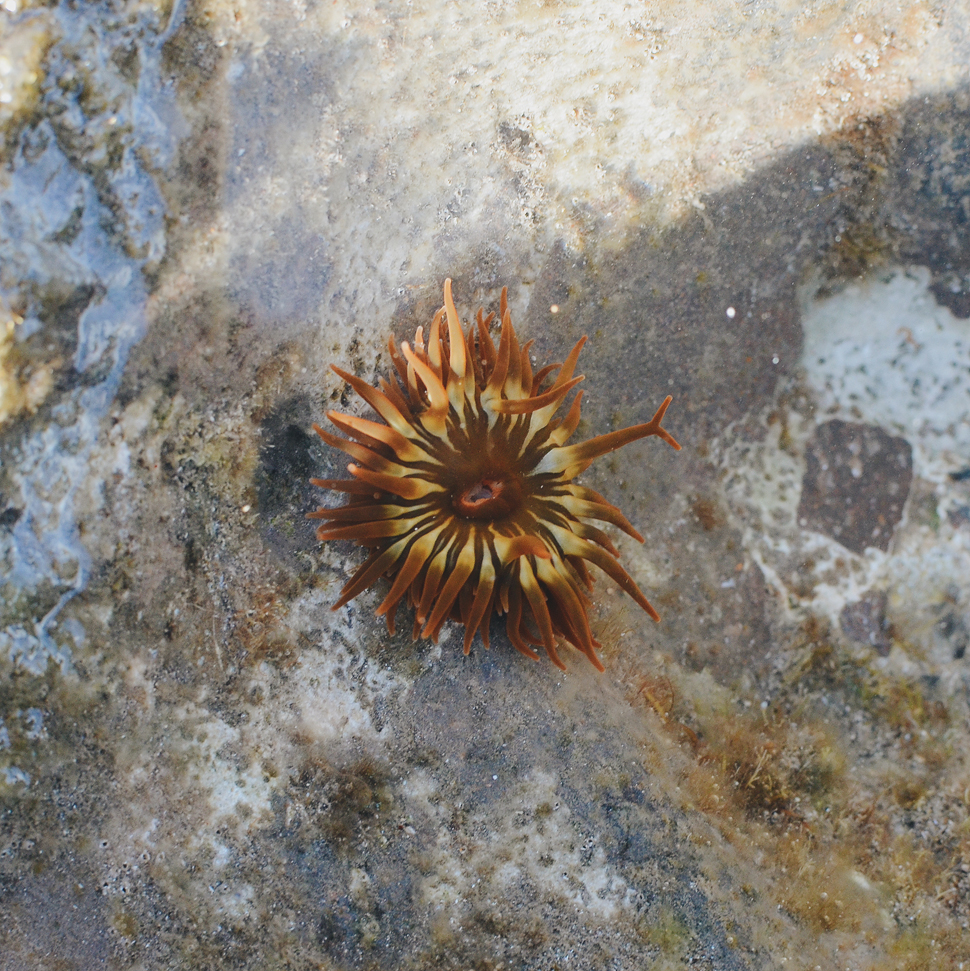