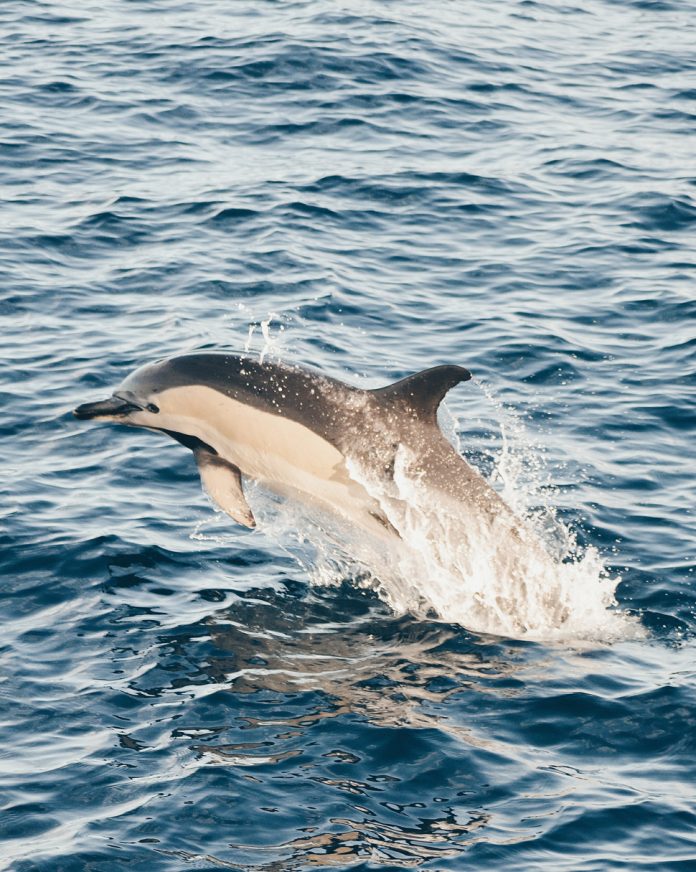 The Canary Islands archipelago and the water surrounding it host a great biodiversity thanks to the synergy of several factors like latitude, oceanicity and insularity. The proximity to the African continent allows that really cold waters and full of nutrients get to our islands, where plankton grows, creating authentic explosions of life: vegetal and animal plankton. Near our island, in the so called oriental and southern space of Fuerteventura and Lanzarote, it has been created an authentic corridor for several migratory species of cetacean, using our waters as a feeding and rest area in their long voyages.

This is why, during the coldest months of the year we can usually watch species like the short-beaked common dolphin (delphinus delphis) or the fin whale (Balanenoptera physalus). The common dolphin can be very gregarious, forming groups of several hundreds of specimens, and they feed on fish or little squids. Their distribution area is very wide on the cold, warm and tropical seas in the planet, being really abundant in some places (like the Canary Islands) in the months of Winter and Spring, due to their great migratory movements. It is well known for its characteristic stripe in the shape of a sand clock and the cream and white-coloured eye area up to the caudal peduncle.

The fin whale is the second biggest animal in this planet, after the blue whale. Its average length is 18mts, although some males can reach up to 19mts and weight around 90 tons. Fin whales (Balaenopteridae) belong to a family different from whales (balaenidae), and it is the dorsal fin (which is present in balaenopteriadae and absent in balaenidae ) that makes them different, being a common mistake to call «whales» to both species. They feed on little invertebrate (crustacean like the krill) and very little fish, and they are very active hunters, being found in the highest levels of the marine food webs. Sometimes it’s possible to watch them while they are hunting in the surface, attacking with their mouth wide open, investing a great deal of energy and gobbling down large quantities of food that keep hanging from their beard. They must replace all their energy output!

It’s also common to observe other seasonal species in The Islands, like the striped dolphin (Stenella coeruleoalba), outstanding because of its multiple white stripes around its body, its long snout and short and sharp pectoral fins. Occasionally it can create mixed hunting groups together with the common dolphin. And finally, another seasonal species but not very usual in our Islands, is the Sei whale (Balaenoptera borealis), of smaller size and difficult to identify.

This little text is just a chapter which summarizes the great marine biodiversity in our islands and it’s important not just to get to know it but also to respect and protect it. We’ll be talking about it in the next Macaronesia issues.
See you in the next chapter of the big blue! 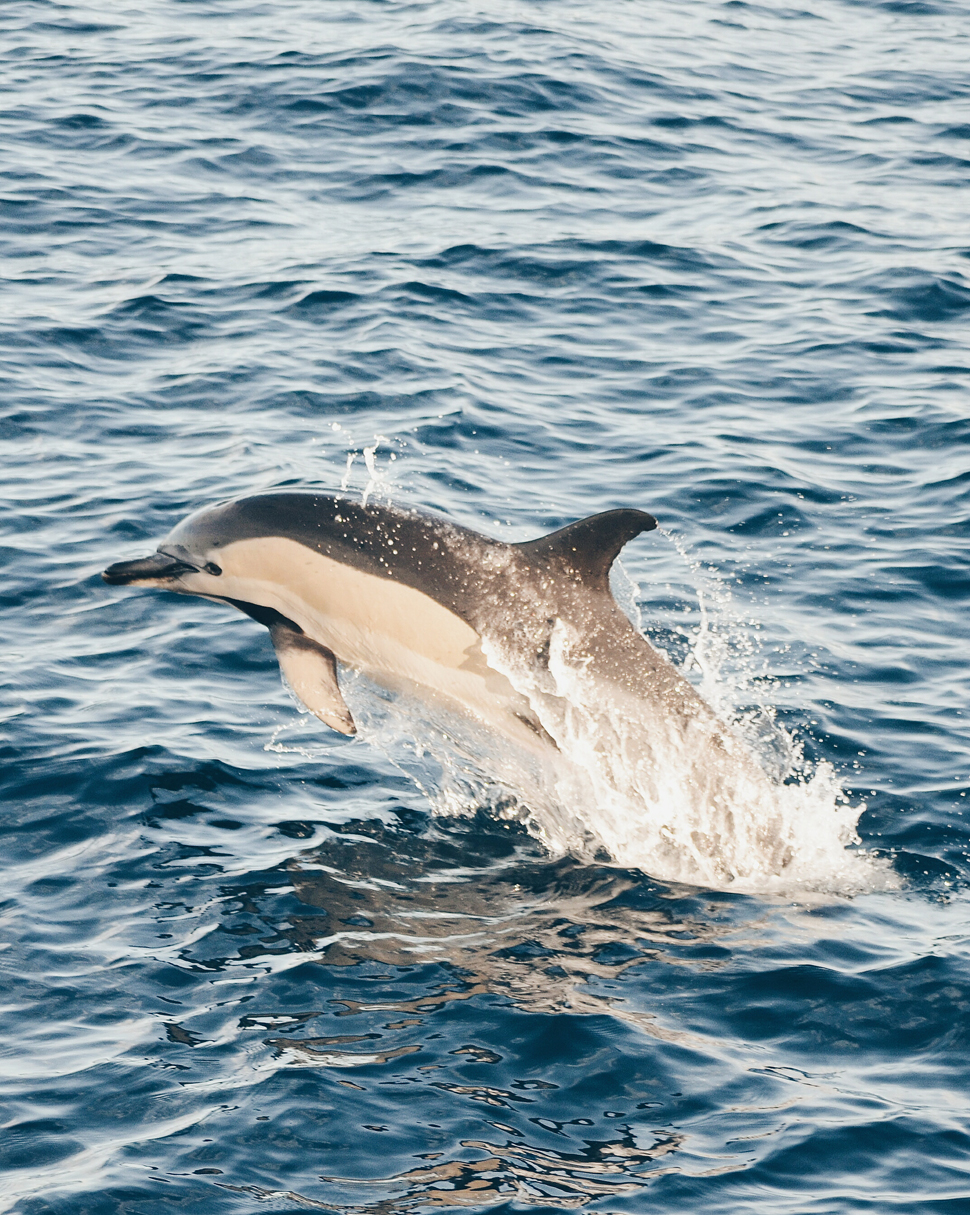