Home Events / Hang out? APOLLO 440, SKINDRED AND THE SKATALITES HEAD THE LINE-UP OF ARRECIFE EN... 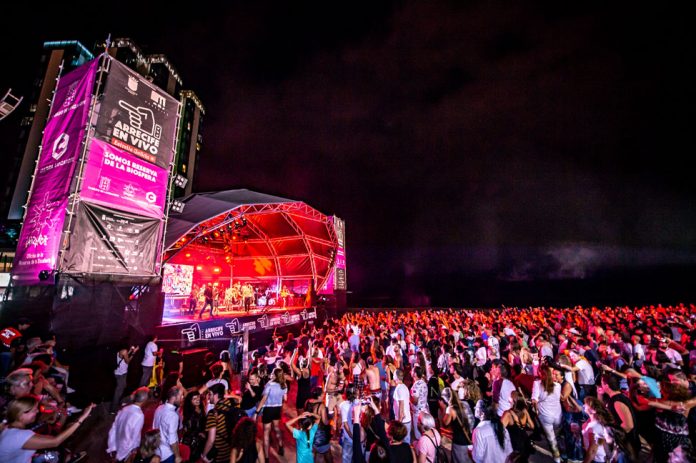 Would you like to attend the best medium-sized festival in Spain? Don’t miss out the concert in La Tierra on August 24th (Puerto del Rosario): a trip will be raffled to experience Arrecife en Vivo in Lanzarote.

Visualise a Friday, it could be either the 20th or 27th September, the 4th or 11th October. You finish work and you pack: the swim suit and flip flops, some Summer clothes, a jacket for the evenings, comfortable shoes to dance a lot and a small toilet bag. Getaway trip to Lanzarote!
It isn’t just any trip: you’ll attend the best medium-sized festival in Spain. And yes, it takes place in Lanzarote. Concerts start at 18:00 and end in the early hours. Where? Don’t look for terraces or outskirts. In Arrecife en Vivo, the music colonizes the old quarter of Lanzarote’s capital: El Reducto beach, the port, the surroundings of the small fortress of San Gabriel and the alleys near the sea.
For seven hours, Arrecife goes off in an exciting music party in the open. A parade headed by an orchestra and an Elvis Presley holding a yellow neon finger walk the distance from concert to concert (500 pedestrian meters that the audience fills in by dancing). You have lots of bars and restaurants nearby to have tea or dinner sometime.

Cantera Rock —a group of music talents, who studied in the music school Toñín Corujo—, will open the festival (don’t be surprised if you listen to awesome versions of Deep Purple on the «timple»). Then it’ll be the turn of glam rock Side Chick (Barcelona), the Mexican Camilo Lara, organizing a party of popular sounds with his Instituto Mexicano del Sonido (an exquisite blend of Indie, «rancheras», «cumbia», hip hop and electronic music) and the Basque-Argentinian trio of garage rock, Cápsula.

Unplastic, an old style funk band from Lanzarote. A great deal of their members come from Lanzarote, Big Band), El Veneno Crew and Dj Arrocin (rhymes, rap and pure hip hop, «made in La Laguna»).
The savage sound of the London band The Fuzillis (here dancing will unavoidably break with a tenor saxophone and a feverish guitar, and the legendary The Skatalites, the parents of ska and steady rock, who celebrate their 55 tour with their new record!
The Piri Experience will close the night with a tropical session in the booth, and the Basque band of street percussion Kolpez Blai will play the passacaglia music.

The alternative rock by Ajeeb (Lanzarote), the metal rap by the band from Navarre Bourbon Kings (his lyrics should be five-column front-page headlines), the powerful soul and psychedelic rock by the New yorkers The Liza Colby Sound and the awaited metal ragga by the Gaelic Skindred, who will organize a mass «pogo».
The Basque band Rockalean, directed by the multi-instrumentalist pirate (saxophonist of the Late Motiv band) will take you from concert to concert playing themes by Los Rodríguez, La Polla Records or Barricada.

The Liverpool band Apollo 440, responsible of hits such as Stop the rock or Ain’t talkin’ Bout Dub, will close the festival; Arrecife will also witness one of the most awaited returns by the Canary Island’s rock scene: the band from Tenerife, Species, will play their famous Licor de cuerno live again. We’ll also enjoy the most elegant indie pop by La Nave.

There are still bands to be confirmed, but on Saturday 24th August the festival will have already published the complete line-up and will celebrate it with a presentations party in the hall La Tierra, that will host a J.E.R.I concert (Cuerno Cabra, Proyecto Liken) and also Kardomillo band, which celebrates their 24-year career with their new record. The subversive lyrics by the MC and producer from Fuerteventura, and the surrealistic humour by the band from Lanzarote will stir up a night when the festival will raffle a two-people trip (ferry, transportation and hotel) to enjoy a weekend in Arrecife en Vivo.

The only thing you have to do is be in La Tierra (Puerto del Rosario) on the 24th, register in the newsletter of the festival, and follow them on the social nets (Facebook, Instagram y Twitter). Just one click and you’ll be enjoying one of the most amazing, crazy and unpaired parties you’ve ever seen in The Canary Islands. 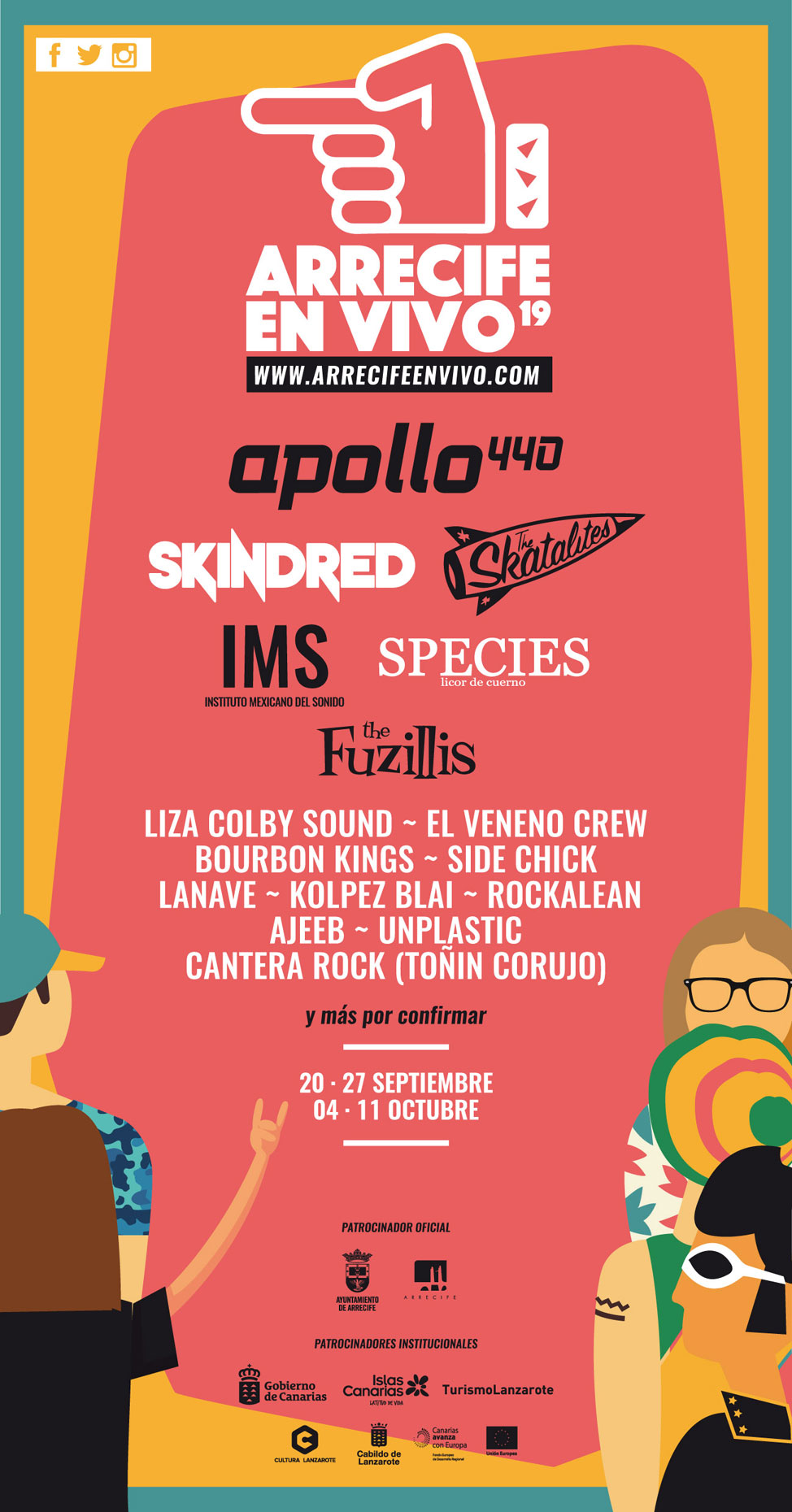 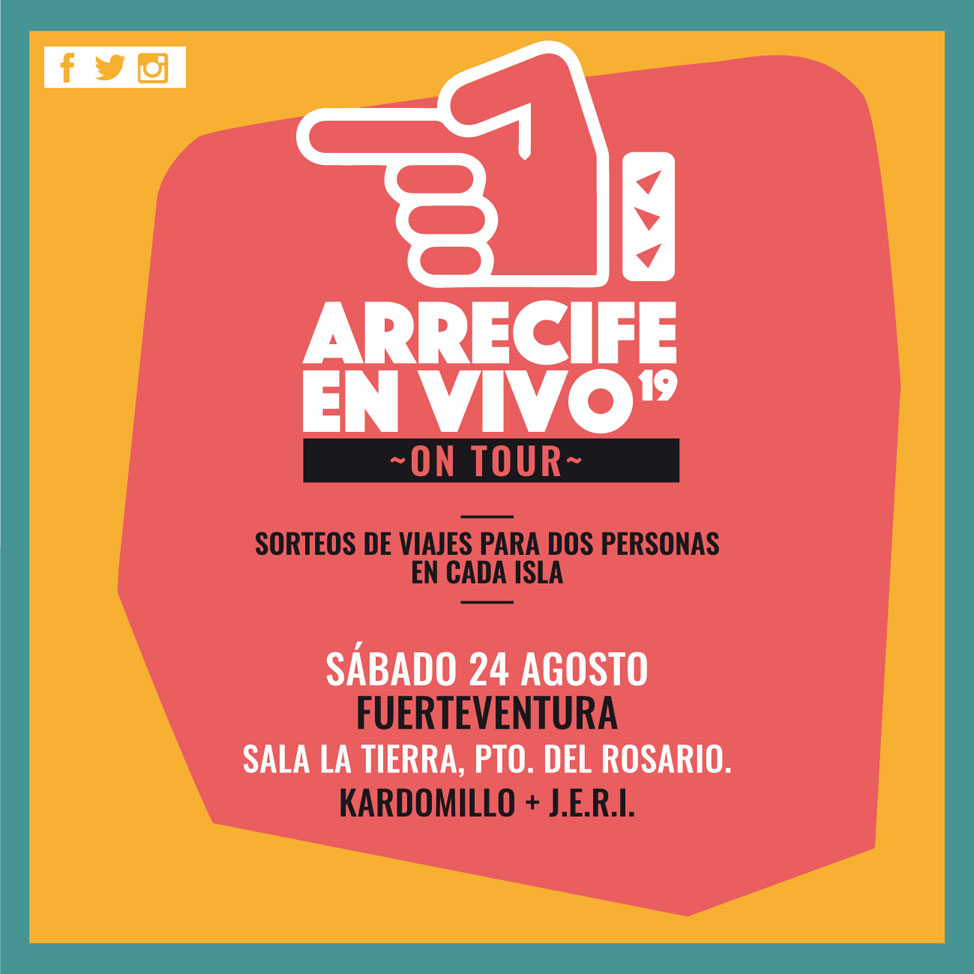 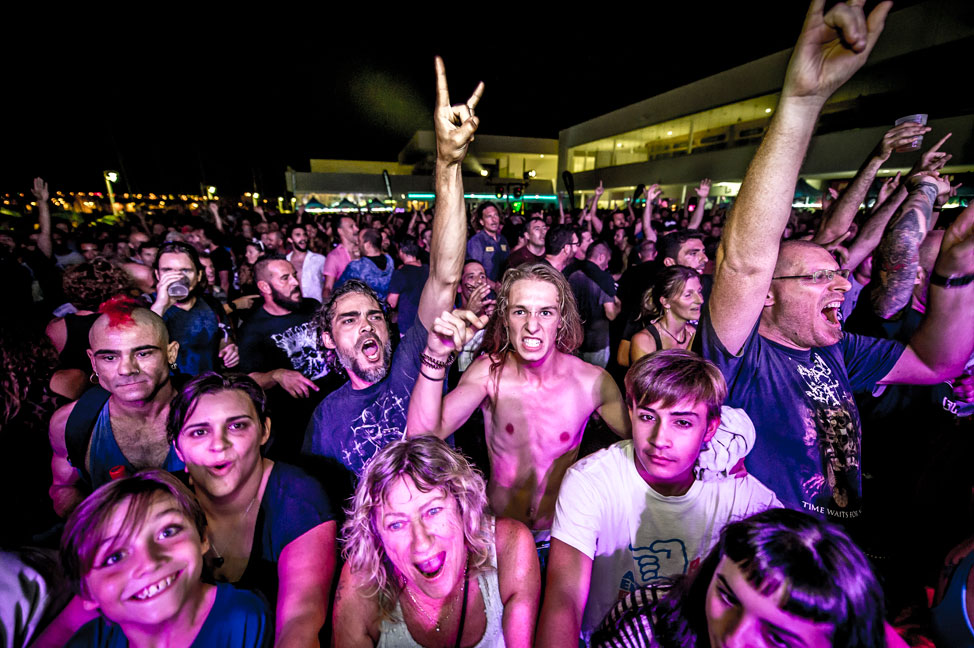 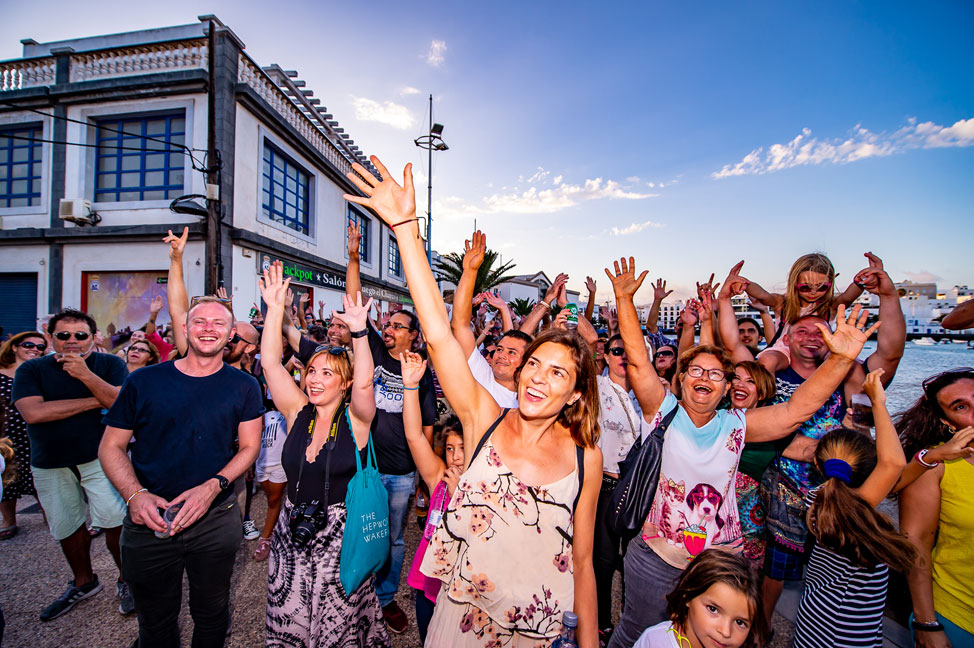