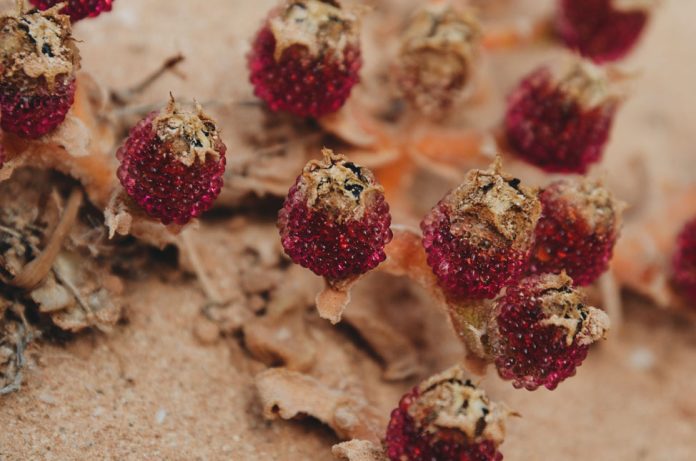 Many of us know how the weather conditions in Fuerteventura may be hostile, particularly during summertime, with many hours of sunshine, high temperatures, trade winds, calima wind… Despite its desert landscape, the island has an extremely wide and interesting biodiversity. In this chapter, we talk about plants, especially about those «superheroes» that are able to resist these conditions perfectly; there are many of them, but I’ll list just a few.

Some typical species of the sandy areas are the little St John’s wort, the Canary Island flatpods and the yellow restharrows, with their brightly coloured flowers and woody stems. Other plants that can also be found in these areas are the Scorpion brooms, less known during their flowering period, with their delicate and ephemeral yellow flowers and the perfect mathematical distribution of their branches, which are worth admiring. Their leaves, totally transformed into thorns, are a perfect mechanism they use to avoid losing water and to adapt to the arid environment they live in (apart from being a solution to prevent herbivores such as goats eating them!)

Transforming leaves into thorns is one the strategies some plants use to adapt to these arid areas, but yet there are others that do the exact opposite and get swollen as a way to store water. This is the case of slender-leaved or crystalline ice plants, with their green to red colours. The crystalline species, in particular, has thousands of water blister-like bubbles that act as a storage. These plants also have some cells specialized in the control and expulsion of salt, since they normally grow close to the coast. Many other more noticeable plants use this strategy, too; some examples are the seagrapes or the Canary Island tamarisks.

In sandy and clayey areas, both on the coastline and in the inland, other plants stand out for their greenish colours that can reach purple shades: it is the case of the salado (Schizogyne sericea), the Canary Island coastal scrub and the shrubby sea-blite. These plants create a colour contrast with the volcanic landscape and the brown mountains of the island which is an amazing spectacle that looks like from another planet!

Most part of these plants belongs to a community called «matorral costero», i.e. coastal scrub. Another species of this community is the common sea heath, that has pink to purple flowers smaller than 3 mm on the final parts of its branches. Normally, this plant isn’t bigger than 10-20 cm. Many of these plants sometimes pass unnoticed for their size, but not for their beauty.

As I am used to saying, let’s enjoy them, but always respecting and preserving both them and their environment. 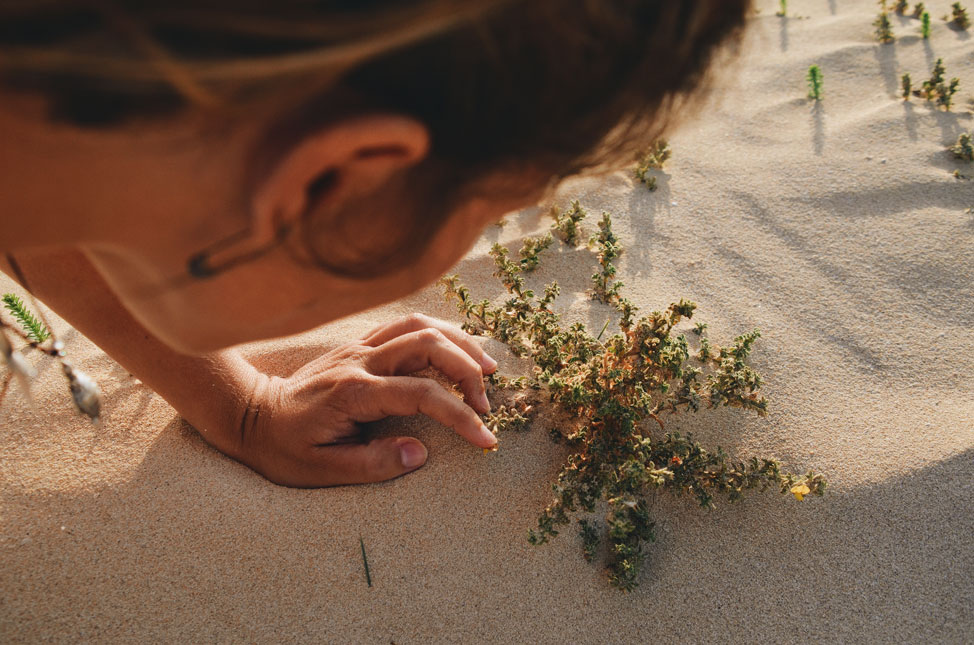 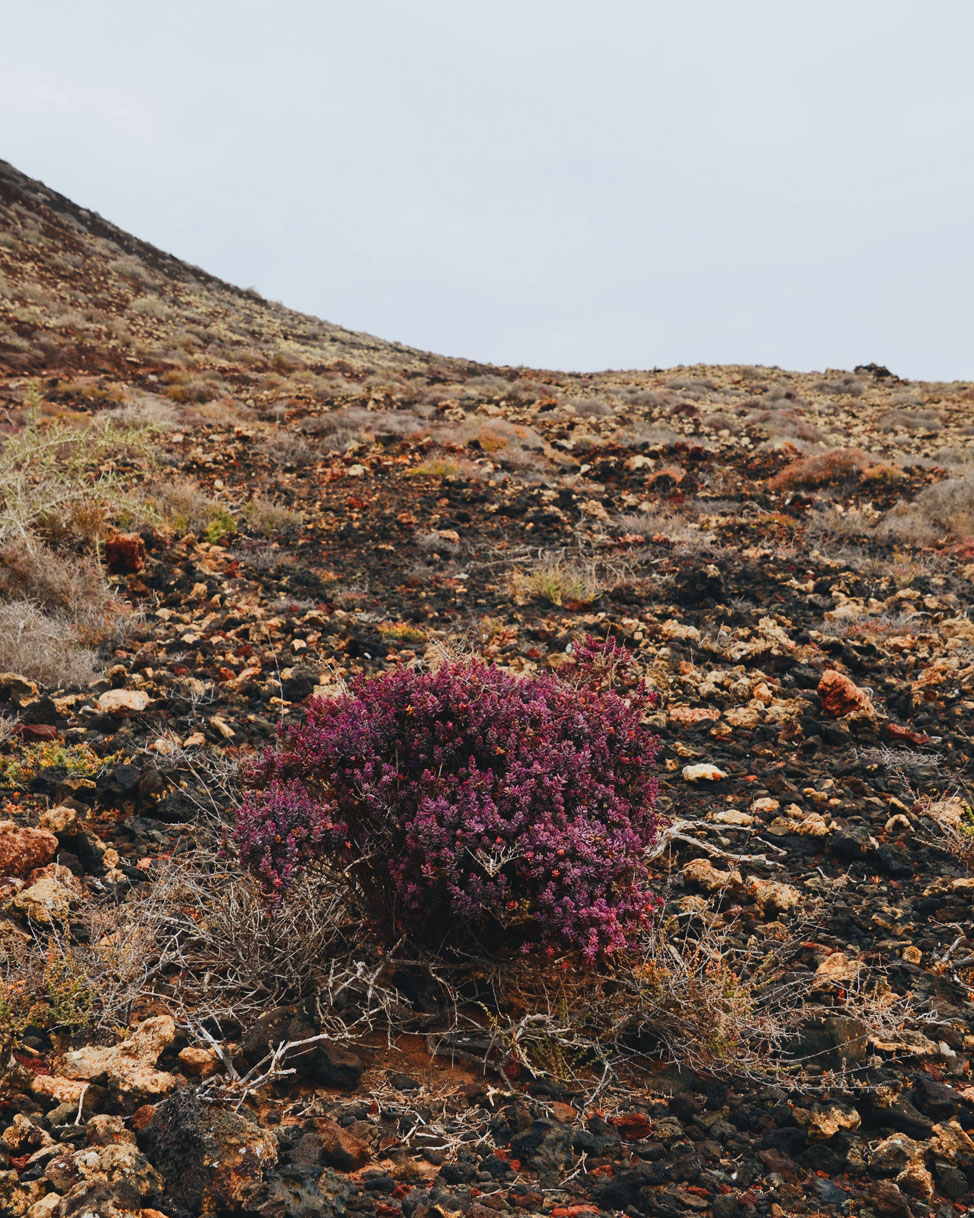