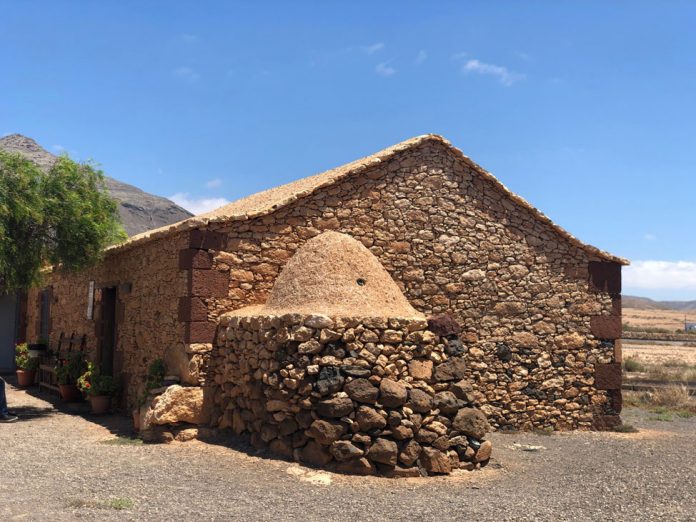 From the Conquest until mid-twentieth century the popular architecture in Fuerteventura has evolved in the light of foreign influences, available materials, adaptation to environment and financial activity, but with common elements in constructions with unique personality where simplicity, austerity and functionality are more important than aesthetics.

Like anywhere else, the conditions of environment and the activity of its inhabitants have determined the personal characteristics of the architecture in Fuerteventura, conditioned by its inclement desert weather with strong winds, much sun and little rain. Its inhabitants’ economic activity, almost exclusively linked to cereal growing and livestock farming, have made the popular dwellings in the island be found in a rural environment, scattered near the crop areas. On the other hand, the scarcity of building materials and a lack of architectural planning turn traditional buildings of the island into the representation of a humble hard life but with a distinct personality.

Before the Conquest, the mahos used to build their homes like irregular residences, with low untreated stone walls, a single door and tuff covered by stone, which could be even innovative for a Neolithic people having almost no contact with the outside world.

In Betancuria, first settlement after the Conquest in the XV century, the first post-colonial dwellings appear, having distinctive Norman characteristics and elements of high social status, like tile roofs, but with features in common with popular buildings that would be scattered since then all over the rural areas of the island.

In vernacular architecture, lineal evolution doesn’t exist, neither in time nor in land. Being an anonymous, basic and very practical construction, changes in structure haven’t been regularly introduced, but in a very divergent way, through particular buildings in the area which could be very different from one another depending on the needs of their dwellers and the trends and influences generally imported from the colonies.

It’s common to believe that the traditional home in Fuerteventura has a lineal floor in the shape of L or C, and somehow it is, but not in a planned way. Most of these constructions, built as residences for the population, originally had one or two lined up living spaces, facing South, turning their backs on the merciless wind, and in time other rooms were added, according to needs. So, in the same dwelling you can easily find different building techniques in the different rooms it has, around a central forecourt.

The materials used in the constructions of Fuerteventura’s homes, an isolated land, have been necessarily those offered by the close surroundings.
The stones are the great protagonists of these structures, carved in different ways for their use in the construction of walls, floors or architectural solutions for corners, doors and windows.

The stone walls were filled in with mud, which was also used as a cover for roofs and terraces, giving rise to the popularly so-called «torta», visible in the characteristic ochre coloured slanted roofs of the typical dwellings of the island.

The covers were made of an inexistent wood in Fuerteventura, imported from other islands for those who could afford it, of substituted with «tarajales» and palm trees for the rest.

In spite of institutional and academic attempts to preserve the typical characteristics of the island architecture, which make it unique and special, the truth is that the measures taken haven’t been very successful. The cultural ties have been gradually lost, besides the search for a balance between the need to modify the surroundings and the respect for environment, qualities we should recover through knowledge and recapture some virtues from an architecture defined for its simplicity, practicality, humbleness and deep integration to the environment, the same virtues enjoyed by those people that once lived within their walls. 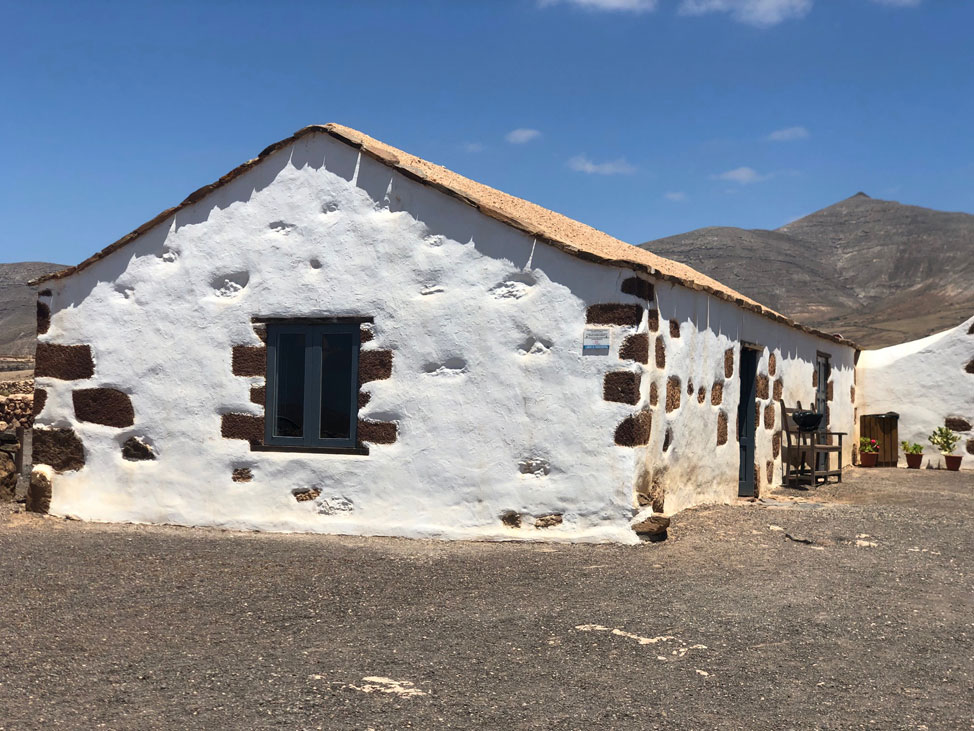