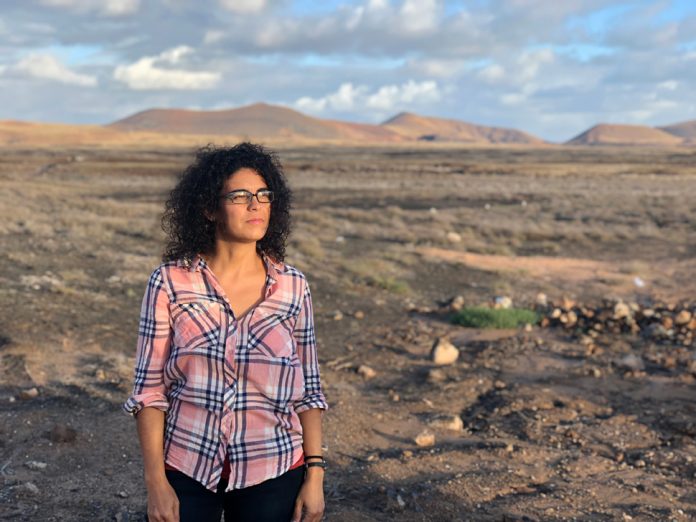 Rosa López was born in Sevilla. Being 18 she moved to Córdoba to study History of Art. She specialised in Archaeology in the Omayyads’ city. Her first job was in the Mosque of Cordoba, a World Heritage Site by UNESCO. After that, other works followed like that in Alcazar de los Reyes Cristianos or in Madinat al-Zahra. In 2009, she settled in Fuerteventura and began, again, to refurbish history, this time that of the mahos. Since 2017 she has been a manager of the company Arenisca. Rosa has several work projects ahead, all of them with the same aim: to follow the trail of the ancient inhabitants of the island.

What do we know about the mahos nowadays?
Little is known through archaeology. We have written records by different authors and by the conquerors through the chronicle of the conquest: Le canarien. Through archaeology, much research remains to be done. We know about very general questions: where they lived and how their houses were. We also started to understand how they were buried, but we lack many concrete details, for example, how they organized themselves socially and how the populations that arrived were evolving. We find 900 sites, but we don’t know which ones were founded before or which areas were occupied later. We don’t know either whether or not agriculture was developed. The conquerors say that agriculture don’t exist, but we don’t know what happened in the earliest stages.

In the last years you’ve worked in diggings like el Barranco de Los Canarios or Llano del Sombrero, What have these works meant to the study of pre-history of the island?
It’s essential to understand this digging as a research work. Chronologies are basic then. Fuerteventura suffers from not having dates in many of its sites. We don’t know when they were populated. In Llano del Sombrero a people, among the ten more important ones in the island, was detected for the first time, while in El Barranco de Los Canarios we could begin to know about the funerary practices of the mahos.

How has the study of burial practices developed after the findings and excavations of caves with human remains?
I was very fortunate to excavate the first burial cave or site here. The last burial site that had been excavated was that of the cave of Villaverde in the seventies. From 1979 to 2012, which we excavated in the Barranco de Los Canarios, nothing had been done regarding funerary archaeology on the island. The Barranco de Los Canarios offered a lot of data. We found four individuals, a stone bed where the dead were being deposited, a funeral trousseau and we could also begin to know what the funeral practices were like.

How do you consider the state of preservation of the sites on the island?
The preservation is very unequal. We have sites where only the foundations remain and there are some others that are surprisingly preserved. The most important thing is to preserve those that are still in good conditions so they do not end up the same as those that are poorly preserved. We must take action. I know it’s difficult because there are many, but I think that periodic reviews should be made and take the necessary measures so that they do not deteriorate.

Is the population aware of the importance of preserving the archaeological heritage?
There is still much to be done in every scope, from schools to adults. It will only be achieved if we work every day in the same direction and insist on education so that heritage monitors be not necessary. There are many things we can do, from visits to the sites, speeches, activities for the families, didactic publications, archaeological exhibitions… quite a lot of things so that the message be passed on little by little.

What does the cave in Villaverde and its study mean for the prehistory of Fuerteventura?
The cave of Villaverde allows you to study the history of Fuerteventura in a single site, as it was populated for a long period of time, from the III to the IX century. It has a great advantage as a site with respect to others and this is that we have an information from which we depart. We can obtain a lot of information about their way of life and also ash with coals with which the paleoclimate can be reconstructed. It’s a very complete site.

What projects do you have for the cave?
There are many ways to make it a place to be visited. In these early stages you’ll only be able to visit the excavations, but as we progress we’ll be adapting the site so you can visit more and more things. It’d be ideal to have a small interpretation centre where you can see the materials and find information about the cave.

What site would you like to excavate in the island?
I think it’s necessary to keep working within the funeral scope through cists and burial mounds so as to discard hypotheses. There’s also a site that looks one of the most spectacular in Fuerteventura and wonderfully preserved, and this is the church of Los Majos. Excavating it would be a dream.

As an archaeologist, what would you like to find in the island?
Since I arrived in Fuerteventura I’ve felt I’m in debt with this island because here I’ve had the chance to excavate sites surrounded by a wonderful landscape after having been excavating in the city. Fuerteventura has meant starting off my career path again. I’ve had the chance to deal with a different culture and excavate while watching the sea, which is like a present. I feel obliged to contribute as much as I know regarding scientific data to the history of Fuerteventura. More than finding something, what I want it to be able to offer.

We have focused on the study of the aboriginal world, but we hardly know anything about the post conquest period, what vestiges of that stage do you think we could get to know through your excavations?
Nothing has been done regarding archaeology in the medieval stage. Betancuria is an ideal place to make traditional archaeology, the archaeology of architecture and the refurbishment of historical buildings meet. Betancuria could be dealt with from an archaeological point of view. Nothing has been done about medieval ceramics either. It isn’t even picked up form the soil and it’s been despised. It’s interesting to describe these moments of contact between the natives and the new population.

What will the site in Lobos mean for the future of Fuerteven­tura?
Lobos opens a door and broadens the chronological spectre and that of the history of Fuerteventura. It’s an excavation with extremely interesting data and the soil in Fuerteventura must also be researched. I’m positive that in the whole of the northern coast of Fuerteventura there are more sites like the one in Lobos. 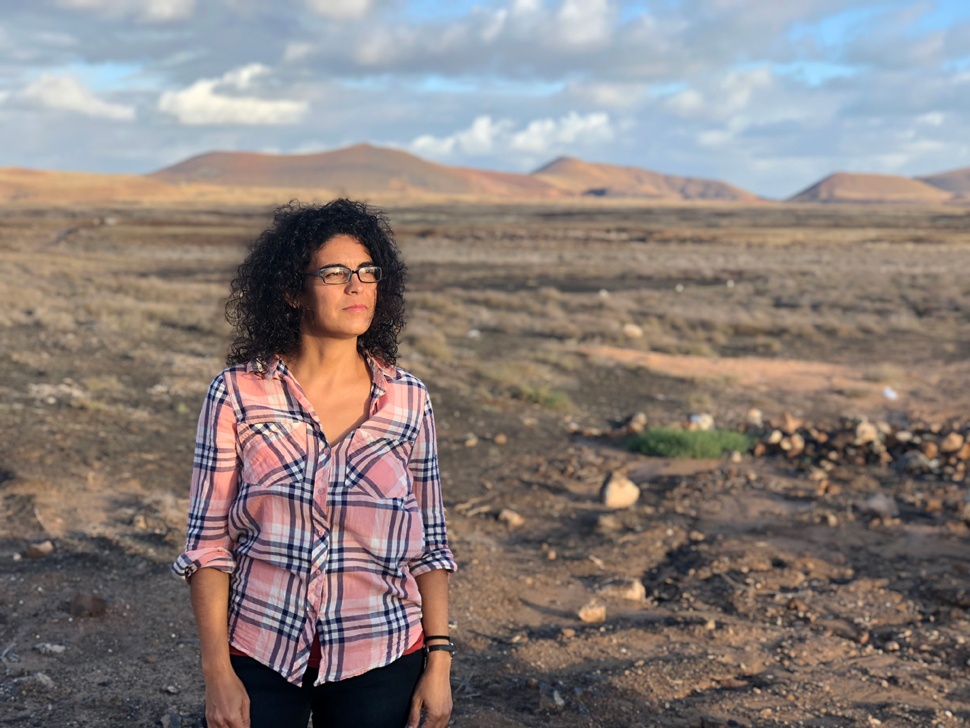