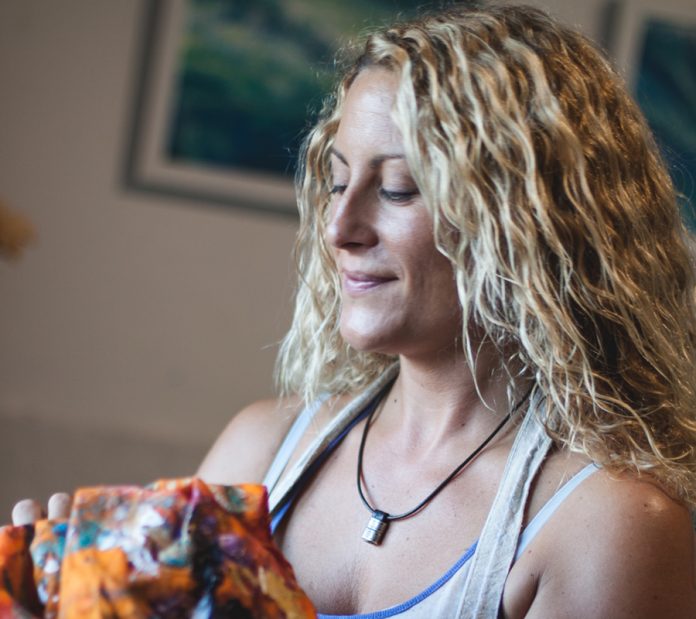 During November and december, in the restaurant 722 Gradi in Lajares, we’ll enjoy the painting exhibition by the Gallician artist Ana Fariña Molina, living in Fuerteventura. Under the title of «Saltpetre» she will show us her last works.

Anuska, as her grandmother called her very dearly and as she signs her works, arrived in Fuerteventura 8 years ago, attracted by the beauty of the island she met when she was a girl and where she spent the Summers with her family.
She’s most active, spends free hours in the sea, surfing, windsurfing, and it was four years ago, when she broke her foot, which prevented her from doing all of this for a long while, that she started to paint. First of all, African portraits, but soon she started to portray in her painting what attracted her most: the sea, the waves, the reflections of the light on the ocean….
Her painting has evolved after a lot of persistence and study. When it comes to painting, she tries, within realism, to add a touch of the magic and the charm of the waves to her paintings, as when she surfs she feels the magic of the light that this island brings to these waves she feels so attracted to. She tries to portray in her paintings the feeling she experiences when she surfs.
Almost all her works are made with acrylic paint and spray, or just with acrylic; her portraits are acrylics finished with oil paint. She started out with little paintings because «at the beginning big paintings seemed never ending to me», she states. But in time she went for big works, « a wave of huge dimensions makes a deep impact».
She also loves painting t-shirts by hand and making ornamental wooden long boards that she decorates with rocks and sand.
Her first exhibition was in Surfing, in Corralejo, some years ago, and now she comes back to exhibit, for the month of November and December, in the restaurant 722 Gradi in Lajares, under the title of Saltpetre. She’ll also take part in Feriart, in La Coruña, in December and January, in a collective exhibition organised by Manuel Vilarino. At present, she is also exhibiting her works in the restaurant of the hotel Surfing Colours.

If you want to find out more about her paintings you can visit her in the workshop where she is working in Lajares, together with the renowned artist Greta Chicheri and the textile designer Julia Puranen (aska), or visit her web www.anuska-art.com to get soaked with sea, saltpetre and magic.

With her works she launches a great message, «respect and protection of the sea, as in this island the waves are our home». 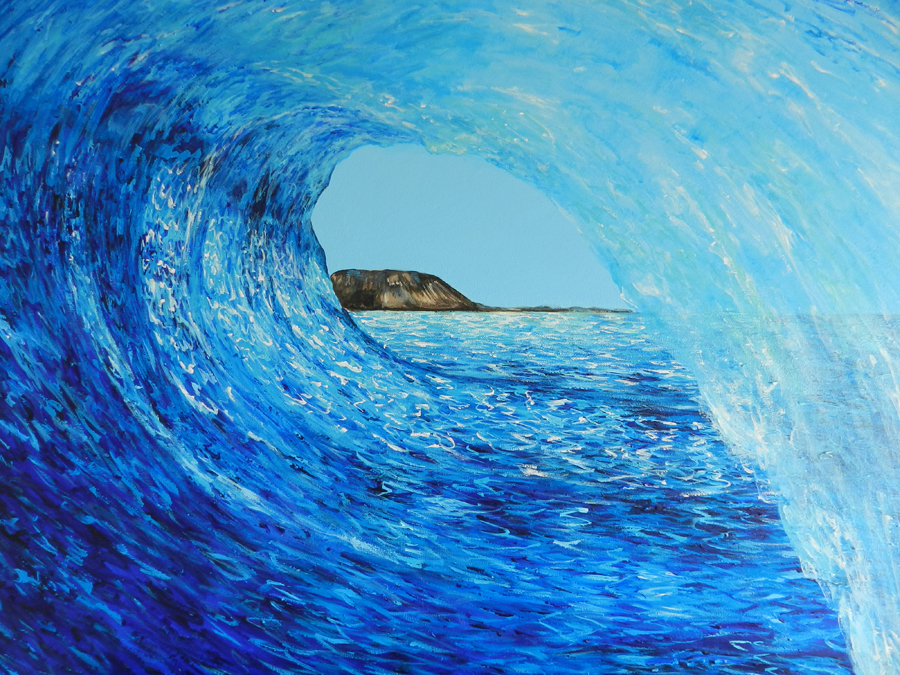