Andrea Buch is one of the big promises of the island surf. Nobody who has seen her surfing can deny that her style and technique will take her far away. She’s been living in the island for three years, and after two and half a year surfing she has already reached 7 podiums and 2 first positions in national championships, one in the category under 18 and the other one last April, in the Under 16 category of the Junior Surfing Canary Island Circuit, Bodyboard and Female El Socorro Beach 2018, in Tenerife.

Everybody is aware that living here is really lucky; the new generations of surfers always plans going for a surfing session after the lessons. Andrea looks for her brothers’ support, Pipo and Christian, and her friends’ —Matilda, Alani, León, Tim…— to keep improving. She assures that she would love to become a pro and to have began before to practise it – «Without dropping out of school, but she will always achieve everything she wishes», her mother adds, sitting opposite her during the interview. She describes surf as a «unique sensation» and her target is to travel and compete all over the world; Costa Rica, Sri Lanka and California are her dream destinations. She has no favourite spot in the island, she just collects moments, «like that evening in El Hierro with my friends, it was perfect».

What she knows is that she wouldn’t have got it on her own, «I wouldn’t have done it without Rayco Galván’s help, my instructor, who always motivates me to improve more and more and takes me to all the championships. More than my instructor he is my model to be followed». She looks up to Rayco and all those who help her improve: Lazi, Alfonso, Saioa, Robby and also Riders School and the brand El Niño.

She also practises skate: «I like going to Extreme Park, in Lanzarote, I’m motivating quite a lot with skate and the team. It’s also good to practise and train out of the water too».

Andrea Buch stands for the new generations of the Canary Islands’ surfers, the youth who enjoy and respect the sea and grow up aware of the environment and pick up the plastic they find in the sea, like herself, to later on throw it away in a plastic container, being lucky to live in this paradise and having made this sport become their life style. 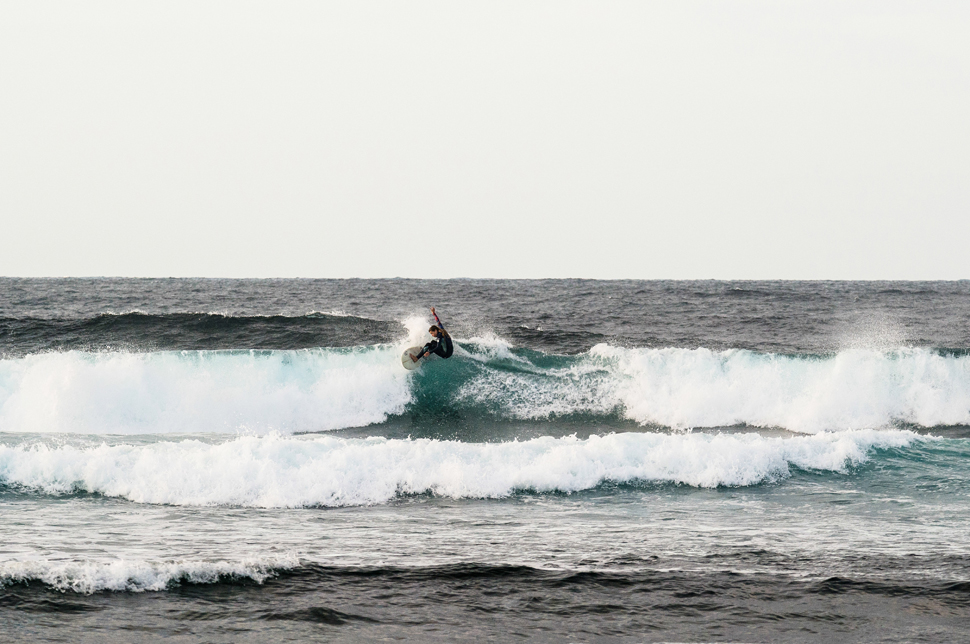