Alfredo is a professional fisherman of the third generation of his family. Since he was very young his life has been bound to the sea —his father always took him to look for bait to fish—; later on, surf captivated him and nowadays he’s one of the great surf veterans in El Cotillo who still surfs….

When Alfredo started to surf, at the age of 15, there was nobody, tourists or foreigners, surfing. In truth, he says giggling, «In El Cotillo there wasn’t even a place to stay, just four houses and a great deal of sand». Alfredo states that his cousin, Benjamin, was the first surfer in El Cotillo, the one who encouraged him to practise windsurf, but the equipment was expensive and very fragile, so one year later they both changed to surf.

In the beginning, they shared the windsurf board: «there were no more boards like that one, not a single shop to buy it». His first boards were brought by Lorenzo, an English man who helped the first surfers a lot with their material and it cost them 50.000 pts at those times (300€). «As a tie we used the windsurf rope, and you can’t imagine how it pulled».

Nobody used to surf by then, there weren’t videos or new technologies, it was just him and his cousin, later on his brother and in time, a group of five or six people in Corralejo.

In the beginning it was just in Piedra Playa that they surfed as they had no car; sometimes they went to «Corralejo», to «Bristol», the wave of «El Waikiki», «Punta Elena»…. But they had to hitch-hike and there were so few people that they even had to control the hours of those from El Cotillo who worked in Corralejo hotels to go to the Dunes and come back with some of them.

When they could have a car, little by little they «conquered» the north, first «Bristol», then «Generoso», and later on «El Hierro»…. Alfredo says there were no roads in the north, just sand, but they were so keen on surfing that they drove there, and if the wheels got stuck in the sand they used some pieces of cardboard to get out; they could take even a couple of hours to get to «El Hierro». Their first car was a hand crank one, and as you had to go quite far away to get the petrol, in «Tefia», they used the petroleum for oil lamps, and thus they went in search of waves.

It was incredible surfing at those times to Alfredo. They used to go to the open-air dance in their shorts and flip-flops, and people were astonished at their look and also because they had never seen surfboards before.

A bit later the first stores opened, that of Salo’s father and Norworkteam, which provided them material and also organised some championship. That way, surf started to be trendy in the island. He remembers it as a golden time, for the good atmosphere in and out of the water. They encouraged one another, and» when someone came from Gran Canaria and the locals watched them performing some ticks we just got gobsmacked and that way we learnt, trying to do the same again and again». Before then, they could not play any ticks or turns, they just caught some tubes and went forward. For sure they liked big and powerful waves.

Their favourite peaks at those years were «Esquinzo» and «Agustinos», also «El Hierro». It was then that they started to get a knowledge about tides; to surf in «Agustinos» you needed enough water not to get battered against the rocks.

Now he usually goes to «Punta Gorda», very aware that things have changed a lot. There are many people in the water and before they were alone. «But not everything is negative, now there are endless boards and quality material, there is better knowledge of surf, technique, I can watch a lot of videos, there are forecasts, surfing stores, people who live off surf… development provided work for everybody».

When Alfredo arrived in El Cotillo he experienced bad times because of the lack of job; being 16 he had to go and fish in the Saharan Bank for a long while, days on a row in that little bank; when he turned 22 he had to go back to Africa….Now because of the opposite reason, life has improved a lot, he always buys the cutting-edge surfing and nautical material. Now he goes fishing with his vessel every time the weather allows him to, always with the latest technology: «what I couldn’t have at those time I have it now».

Alfredo admits that although now he doesn’t feel like surfing so much, because there are too many people in the water, he keeps being so keen on it as when he was 15, and he feels proud to tell us that his daughter loves it too and it will be her that will take over. 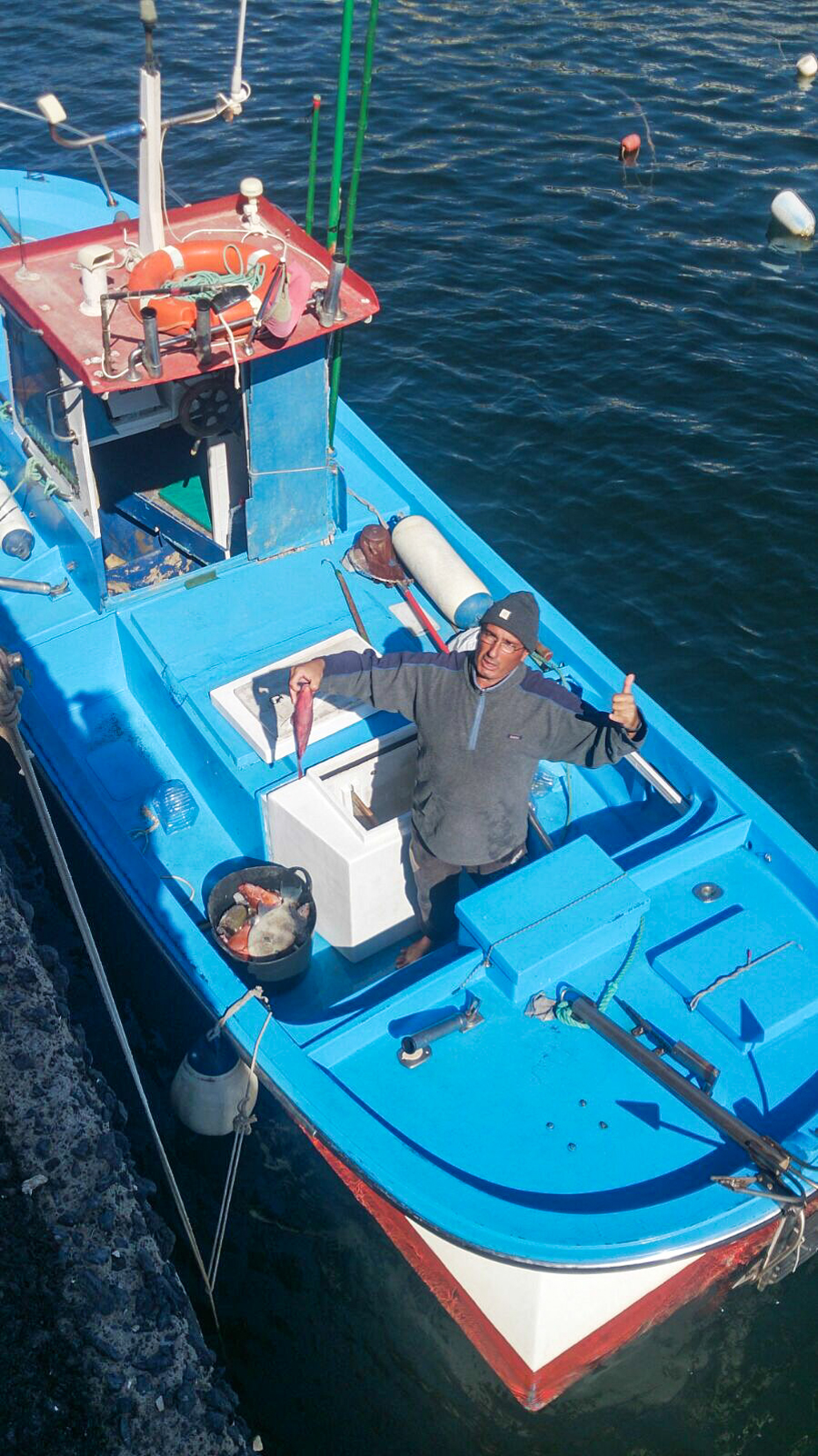 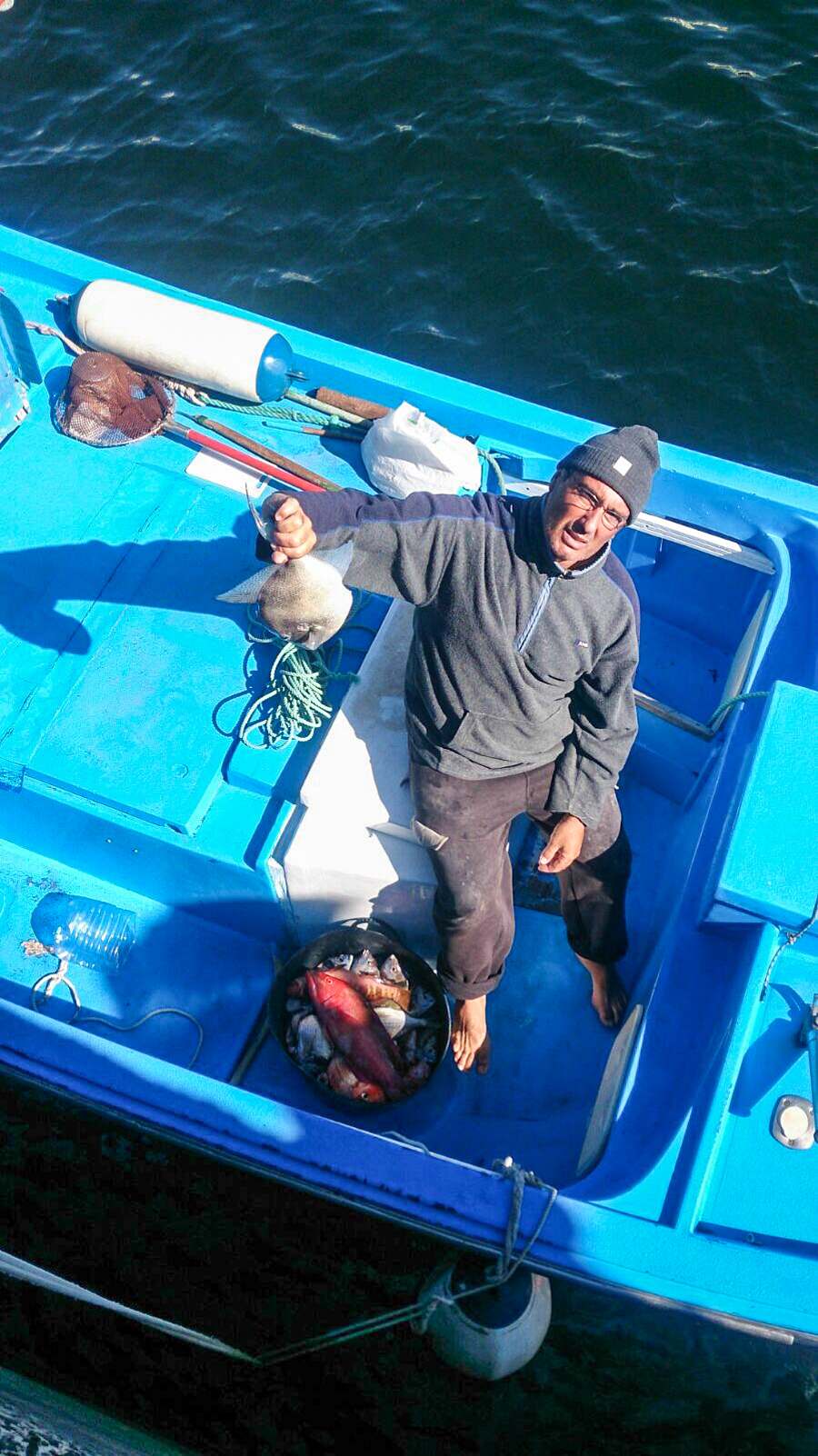 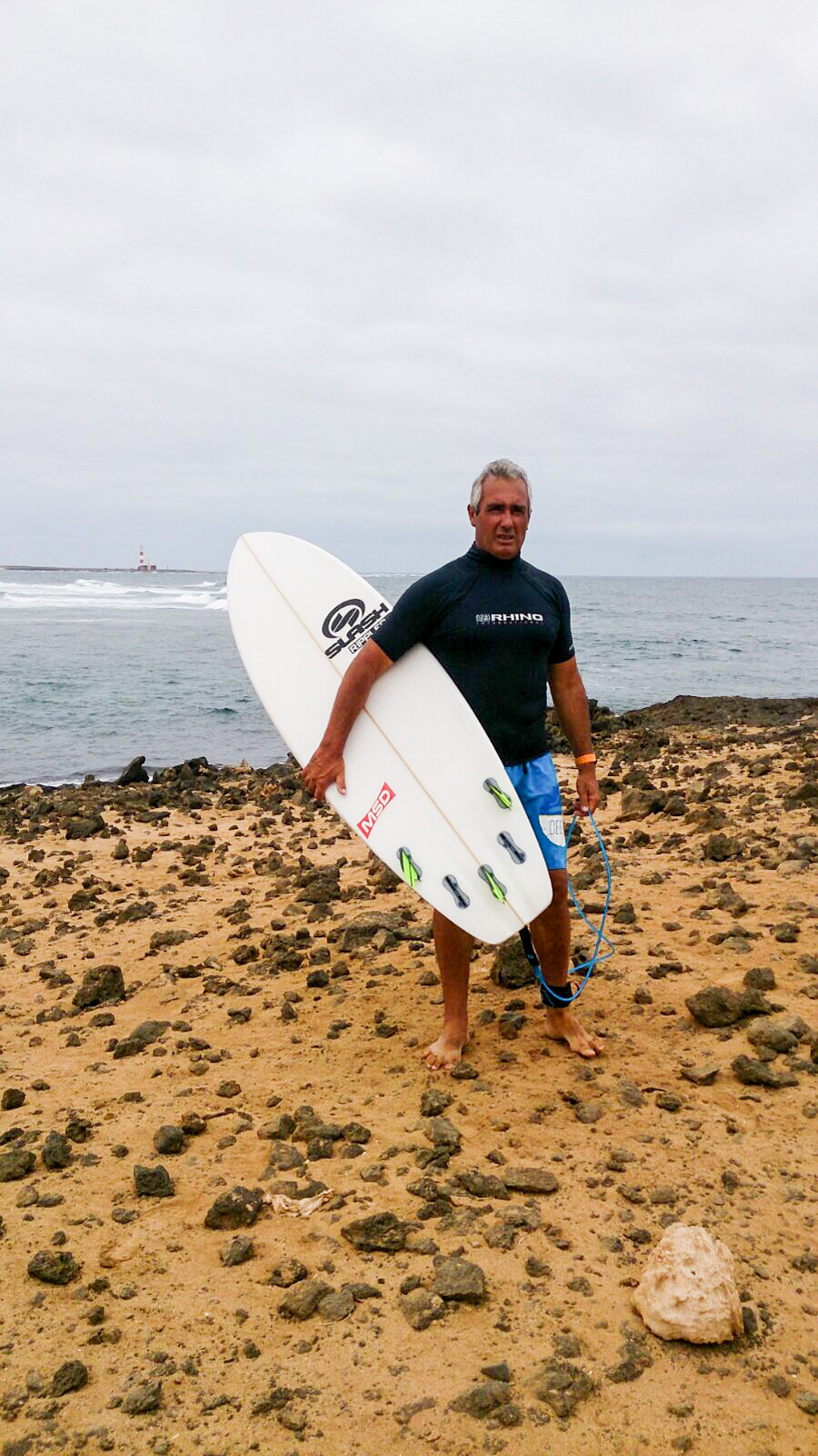