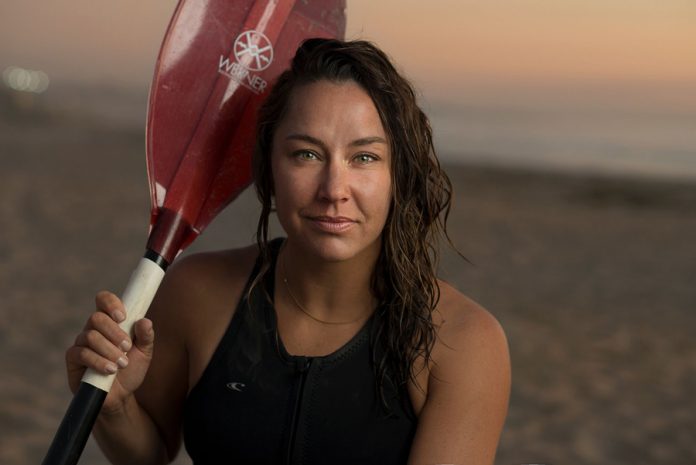 Six Paralympic medals in wheelchair playing basketball and alpine skiing, several competitions of adapted surf, an amazing recovery after a traumatic accident that left her paralysed from waist downwards when she was hardly a teenager. If there is a word that defines Alana Nichols, no doubt, it would be resilience.

Her strength helped her to leave that «very dark place» where she fell after breaking her back at the age of 16 and brought her to the summit of not one but three adapted sports. With the same perseverance and effort that turned her into an athlete by excellence, now Nichols pursues a new target: turn adapted surf into a Paralympic sport. This is one of the reasons why she was invited to speak in the first European Seminary of Adapted Surf organised by the Association Play and Train that took place last October in Corralejo.

SPORT AS A WAY TO HEAL INJURIES

Alana has been an athlete since she was 5: she played baseball, football, basket and practised snowboard. It was just on a snowboard that she had the accident that would paralyse her legs after breaking her back while practising one of her favourite sports: «I became paralysed at that moment, and for some years I was in a very dark place and very depressed until I found sport again», Alana confesses.

Sports have been the compass of her life and, as she admits, an important factor in her psychological recovery after the injury. «I felt I didn’t know who I was, as I identified myself with an athlete, I had targets, I wanted to practise everyday…. And then, without that, I felt lost. I wasn’t well, I lacked the feeling that sport gave me. I hit rock bottom, alcohol, drugs… down in the dumps. It was at that point that I found wheelchair basketball. I felt it was a Divine moment for me; as if God had taken the reins of my life. I wanted to have the feelings of being an athlete…wow! I tried it and immediately I felt I had targets again. It changed me!»

A few years later, Alana was again in the podium, this time with the national team of the EEUU celebrating her golden medal in the Paralympic Games of Beijing 2008.
For Nichols, one of the «best parts» of adapted sports is that «you can be in a community of people who are like you and you don’t feel so isolated». You get to a place where you don’t pity yourself. Suddenly you see matters in a different way; you get a new perspective» she confesses. Recovering sports ended up having a positive effect on other areas in her life. «After that I became a better student, I got better marks and I became more social…»

Nichols graduated in education and later on she made a master in Kinesiology. As for sports, not only did she practise wheelchair basket, but she changed snowboard for sit ski too. In 2010, she became the first EEUU woman with golden medals in Summer and Winter Paralympic Games.

«IF YOU CAN GO INTO THE OCEAN, YOU CAN DO ANYTHING»

After that, The Sochi 2014 Game came, where she participated when she was recovering from a shoulder injury, and where she suffered another dramatic accident while competing in the superstars modality. After a short while, during some holidays in Hawaii, the athlete discovered adapted surf and, as she says, a single thought sprang to mind: «I have to do this. They pushed me into the wave, I caught it with my paddle and this changed my life», Nichol remembers. Then she moved from Colorado to California, she got on the board and she started to surf. Last December she won the first feminine World Championship of Adapted Surfing in La Jolla (California).

Nichols speaks about adapted surf as passionately as she supports its becoming a Paralympic sport. «Once you are in the water it’s very funny. I love wheelchair basket and Kayak, but surf… every wave is different, and you have to be so present…: «that wave is going to catch me, I’d better not paddle», or «that’s my wave, let’s go for it». It’s very unique all the time».

Alan also had the chance to surf in Fuerteventura – as a part of the seminary of Adapted Surf in which she took part-, the island among volcanoes, waves and winds seemed beautiful to her; and she feels proud of the team that accompanied her to this seminary and with whom she shared volcanoes and waves.

The 34-year-old athlete, who is also an avid supporter of handicapped people, ended her conversation with us with the following encouraging words for those who could be fighting as she did after the accident. «Life is unpredictable, but it isn’t about what happens but about what you do with her. No matter what your injury has been, the best thing is to get the most out of your life. Surf will change your life and your perspective about what you can and what you can’t do. If you can go into the ocean you can do anything».

Thanks, Play and Train, for getting this incredible story of personal growth closer to us. We wish Alana to keep achieving success and Adapted Surf to become a Paralympic sport. Determined as she is we have no doubt that she will succeed in this as well. 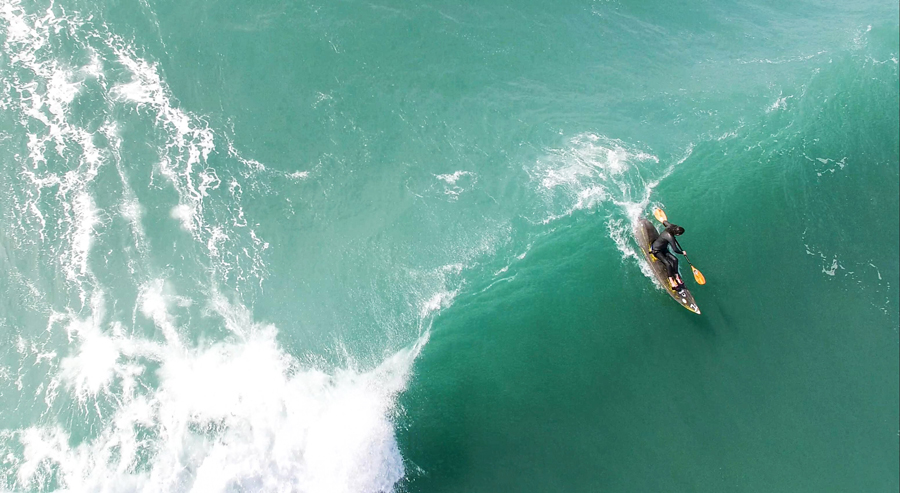 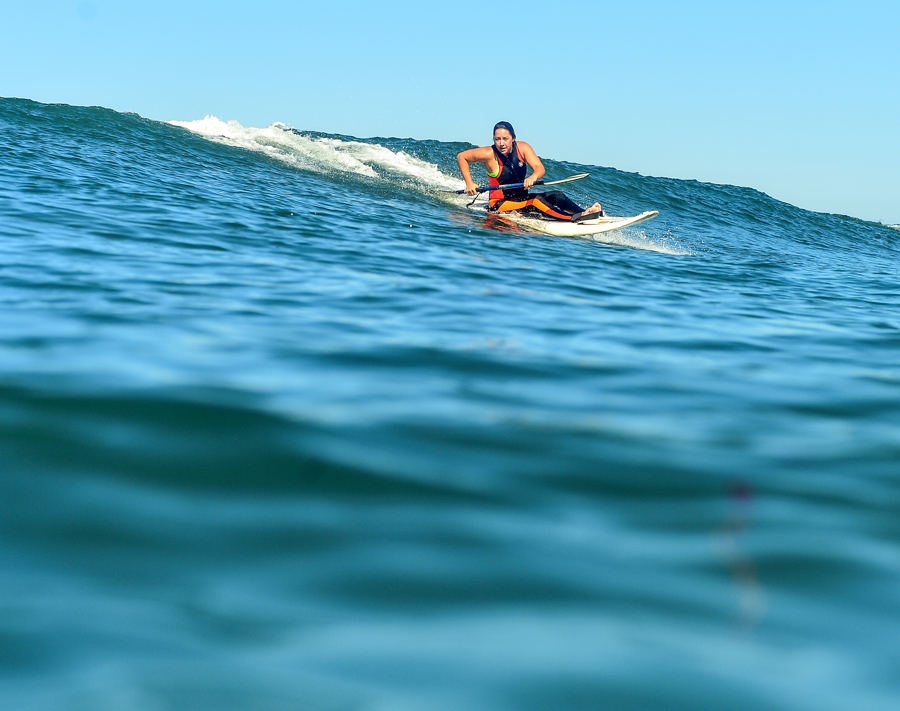