When she was only 9, Adriana Hidalgo Fernández was already a true champion of Karate, sport in which she has been competing for a long time, having become a champion in The Canary Islands for 5 times, and a runner-up in Spain for 3 times.

She’s been surfing together with her father Stephane Blanc, for a year and a half now, and her improvement and motivation is such that some days ago Roxy decided to sponsor her, together with Medicina sin Fármacos, StephaneBlancSurfCoaching and Canarias Glass. Among her favourite peaks we find Alemanes, Lobos, Mejillones… and she isn’t afraid of the size, she’s looking forward to getting into the water and train every day.

Her father is a trainer in Quicksilver in Fuerteventura, so Adriana trains together with this team, also practising out of the water with the programme Suftcoach that Stephane Blanc has developed, fruit of the experience in surf and at a professional level too. In their lessons they work on video analysis and they practise every single move they need to improve in front of a mirror; their method is based, among other practices, on repetition and training movements in order to improve every little mistake;» perception, understanding, practice and feeling so as to get to the fluency of surf movements. Moreover, Karate is a sport that provides Adriana with some ideal abilities for surf, considering movements and capability of sacrifice and self-improvement; this is why this girl shows promise», says Stephane proudly.

At present, they’re getting ready to compete in the Canary Island Surf Championship, although Adriana is very young and would have to compete with up to 12-year-old children. Her father says that «the idea is to start experiencing the sensations of competition and adapt to them» in July she wants to take part in the Europe Junior championship in France, where she would compete with other girls of her same age. However her father insists on the fact that competing is the most important thing to get used to times in rounds and channelling the nerves…

Adriana knows that surf in a sport that wants competition and getting very far. She adores surfing and training outside the water, which combined with the knowledge her father passes on to her «make Adriana get an impressive projection in the world of surf, as despite being so young her progression has been really quick and she already has a winner mind and wants to get among the top 10. She has the willing and capability to succeed».

In spite of her shyness, and the fact that she’s just 9, Adriana has clear ideas, her dream is to become a World Champion in the WSL. We’re looking forward to seeing her on the top. You can follow up this little athlete in Instagram: adrianahidalgoferanandez 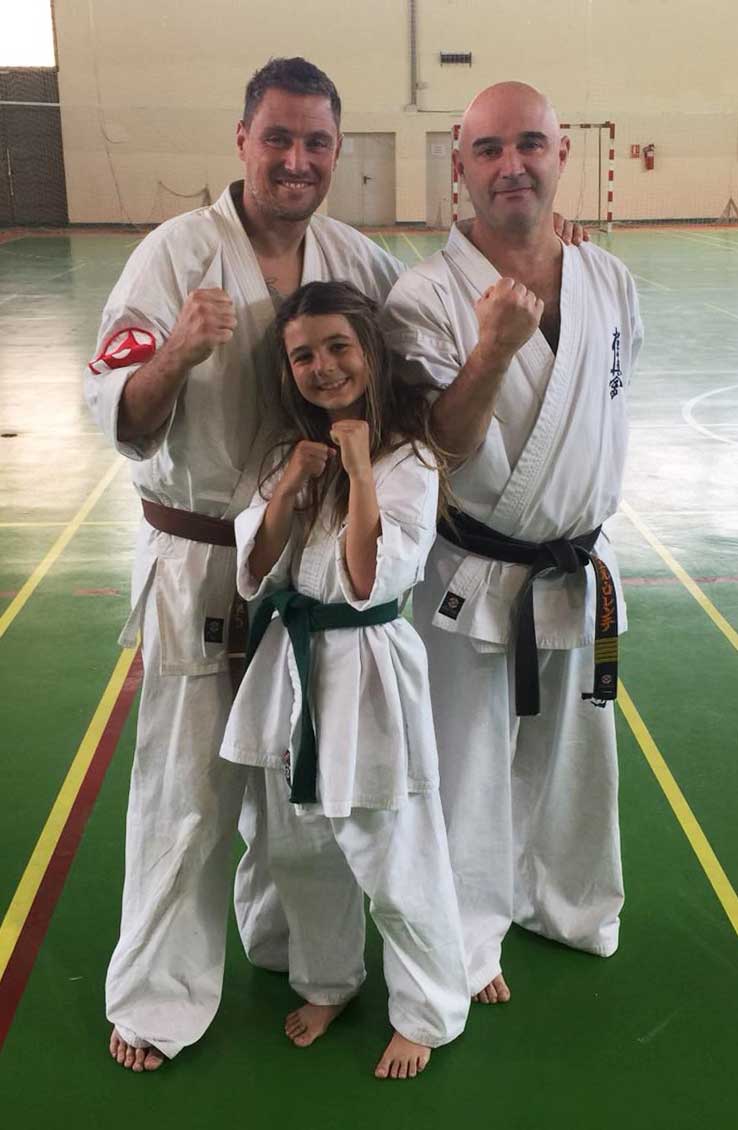