Home Interviews A FIGHT AGAINST PLASTIC BY BÁRBARA ABAROA, RESEARCHER 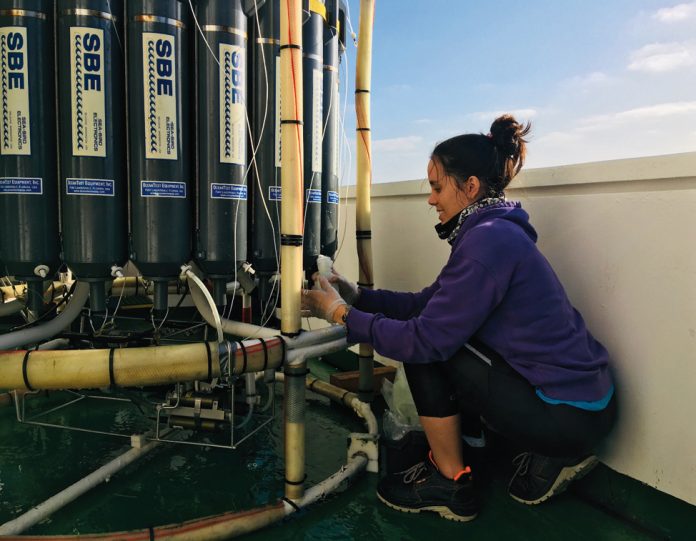 Bárbara Abaroa is a graduate in ocean sciences and a predoctoral researcher in the University of Palmas de Gran Canaria. She is member of a group of young people leading a fight against plastic. Their line of research is focused on developing a methodology to determine the pollutants in different marine samples. They’ve also undertaken a project with the support by Fuerteventura island council, in 2018, searching for persistent chemical pollutants in the marine microplastics getting to Fuerteventura’s coastline.

What did the research you carried out in 2018 consist of?
It was about picking up microplastics, the ones that were under 5mm, from Fuerteventura’s coastline and determine the concentration of persistent chemical pollutants that were attached to them. I studied 10 beaches, six out of them in the west, as it was the most exposed one to the northern Atlantic current, and four in the east, to point out the differences between the two areas.

What conclusions did the research yield?
Just like in previous studies, the eastern coast presented a bigger amount of microplastics, but the main target of the research was to determine the persistent chemical pollutants attached to them. I just studied the well-known pellets, primary microplastic (little balls) and I determined the concentration of pollutants they take with them. All the microplastics carried a smaller or bigger amount of pollutants, pesticides, PBCs and hydrocarbon. We found pollutants that have been banned for over 10 years by the European Union on pellets and that are within the «dirty dozen» of the Stockholm convention, due to the carcinogenic and mutagenic characteristics. Among them we find an accumulation of DDT, a pesticide that used to work quite well in the Canary Islands, leaving fruit and vegetables intact, although its carcinogenic characteristics favoured the development of breast cancer, for example. Concentration of PBC was also found, as well as beta-HCH, a pesticide related to neurodegenerative diseases such as Alzheimer or Parkinson. Microplastics are working as pollutant conveyors, detrimental to humans and environment, all over the ocean.

Where are the plastics appearing in Fuerteventura’s sea coming from?
It’s difficult to say. We must take the currents into account, but also the whirlwinds that form around the islands. There’re physical researches on the trajectory of plastics throughout the ocean and say that what arrives in the Canary Islands is probably coming from the east of Africa or the Iberian Peninsula but we must bear in mind that they connect rivers to Asia. In the end, they’re coming from everywhere.
What consequences may microplastics with pesticides have on the human health?
All these pesticides and pollutants had been banned because they were proven to favour the development of certain diseases such as cancer or Parkinson. The research about beta-HCH showed that the patients with advanced stages of Alzheimer had a much bigger concentration of beta-HCH than others who weren’t on such an advanced stage. We’re always talking about carcinogenic and mutagenic characteristics. It’s also been seen on small larvae of crustacean that affect the fertility of the animals or create mutations that can affect the food chain later on.

Some weeks ago, a dead turtle appeared in Fuerteventura’s waters. After a necropsy, a plastic bag was discovered. How does the issue of plastics and microplastics affect the marine fauna?
It affects in two different ways: directly we’re talking about deaths of millions of different sea species. Among them, the most affected ones are turtles, birds and cetacean due to their direct contact to plastic, either by eating it, which causes death by asphyxia, or because they get tangled among diverse marine debris, which is known as ghost fishing, where these forgotten fishing gears keep causing deaths. We’re also witnessing how many species, as marine birds, are feeding microplastics to their broods, which hinders their development so they never reach the adult age.
Indirectly, microplastics carry their own pollutants with them plus the ones they get throughout their ocean journey. When an animal ingests a microplastic, for example, it can manage to throw it out, but the concentration of pollutants is more similar to its own fatty acids, reason why they remain with the animal, causing different diseases and mutations.
It’s already been proven that zooplankton, primary producers of the food chain, eat microplastics, thus producing mutations as they develop. This makes it possible for microplastics to be present from the very beginning of the food chain without consumers having eaten plastic at any moment. Moreover, there’re also scientific researches that prove that some molluscs are suffering infertility due to the intake of microplastics.
What beaches are the most polluted by plastics in Fuerteventura nowadays?
Several researches have taken place in Fuerteventura. First it was Baztán, who was the pioneer and proved that The Canary Islands were getting very much debris. Then, many researchers followed and it could be proven that it was the western side of Fuerteventura, the most exposed to the northern Atlantic current, that was getting the biggest amount of plastic.

What does your predoctoral work consists of?
We study different methodologies to determine pollutants in different marine organisms, but within the line of research we focus on microplastics and we also have a line focused on studying what is happening in the water column, that is, from 0 to 600 metres deep. Together with the University of Las Palmas de Gran Canaria and La Plataforma Oceánica de Canarias, we’ve been making several campaigns and we filtered 72 litres of water in different depths. The samples show a concentration of microplastics in the water column. What we find most are clothing fibres, fibres of fishing nets and small fragments of microplastics. We are saying that 600 mts deep we can still find microplastics, which is a problem, as it proves that it’s affecting the fauna in the entire water column.

The eternal question, what can we do to reduce the plastic consumption?
The problem lies in the excessive use of plastics we make nowadays. I think the most important thing is to go back to traditional habits, to what our grandparents used to do, such as using the shopping basket and returnable containers. It’s all about making a change in the day-to-day routine. If we start changing individually, in time we’ll get a global change and they’ll stop producing so much. The target must be to reduce plastic. It’ll be difficult to get rid of all the microplastic in the ocean, but it isn’t impossible. It’s vital to support all the research on this issue and fight the lack of information, as if we don’t know what is happening with microplastics we can’t fight it, awareness is very important. It’s important to work in a circular model where the existent plastic can be recycled to avoid having to produce more. It’s time to act, take regulatory measures against the excessive use of plastic. 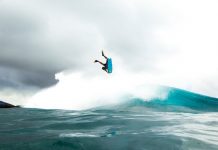 AITOR OJEDA, second position of Bodyboard in the Quemao Class