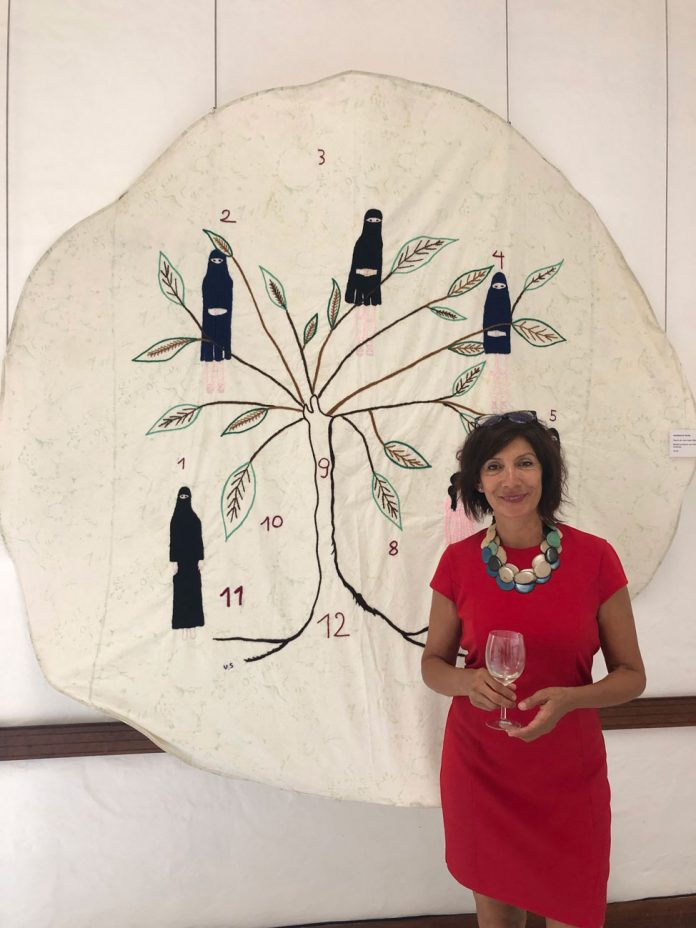 Verónica Silva, alias Ninoka, as her grand-mother used to call her, was born in Ecuador but she’s been settled in Fuerteventura for 8 years now. She studied interior design in Madrid and a Master in Textile Art in the Arts University of London, Saint Martins.

After her studies in London she spent several years working as a textile and interior designer in Belgium, where she lived for five years, and then in Ecuador. There she worked in programmes by AECI (Spanish Agency of International Cooperation) as a textile design technician with native communities, and there she learnt embroidery and fabrics techniques. These tools, and her interest for carrying out cooperative artistic proposals, pushed Verónica to manage artistic projects where up to 23 people have taken part in. Her project, «Las Penélopes» gathered 4500 visitors in the «Creativa»fairs in Madrid, Barcelona and Brussels in the years 2013-2015. With her artistic work he has taken part in individual and collective exhibitions, in this country and abroad.

But apart from her career path, which is key to talk about the iniciative she has undertaken in Fuerteventura, whe must present the personal side of Ninoka: she’s a feminist and an activist, so she has met other women that, like herself, claim equality of rights and then «Colectivo de Tejedoras Subversivas en Fuerteventura» arose. Silvia suggested the creation of this group where the subversive contents are a priority in their conversation and embroidery. They see the need to make the inhabitants of the island aware; their aim is take one of the traditional handicrafts, historically carried out by women in the times of our mothers, grand-mothers and their mothers before them, to the feminist field, turning it into the present reporting technique.

These women, coming from different professional guilds — among them teachers, designers, artists, journalists… — exhibit now their work in Centro de Arte Casa Mané, in an exhibition they’ve called «the subversive needle» and which aims to present the group and call for collective empowerment. You can visit it up to November 22nd.

When we ask for her opinion about the presence of women in art, her position is clear: «For many years it has been banned for women. Artist women were slightly represented in art fairs, museums and galleries. This is why, from this collective, we wish to raise awareness, claiming the importance of feminine creativity, with painting, sculpture and, of course, by means of the reinterpretation of of these traditionally feminine techniques, like embroidery, so they can be used as one more element of this fight».

One of their objectives as a collective is to «place their works in cultural centres and art galleries, but always in search of a much bigger target: give visivility and boosting the awareness of some of the topics of social criticism that are on the table today, like group rapes, surrogate mothers, the issue of the selling of Afghan women as slaves, environmental protection … among others». We must highlight that the project «Del tejido y bordado subversivo» has been selected by the government of the Canary Islands to be exhibited in la Casa de los Coroneles in the programme of next 2020, exhibition for which the collective is already preparing a new piece of work.

Moreover Ninoka teaches temporal workshops of embroidery in the new centre «Guadalapa», next to Lapa Studio in El Cotillo, one hour a week tutorial on Thursday afternoons. 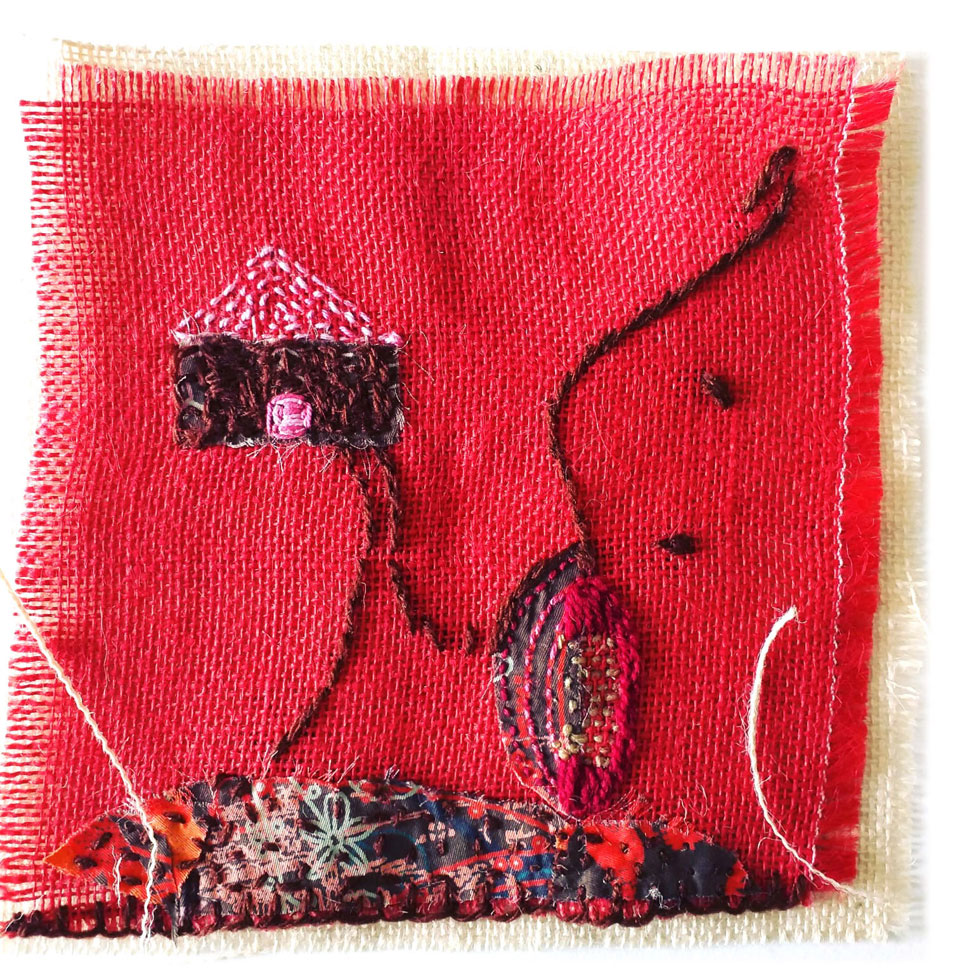 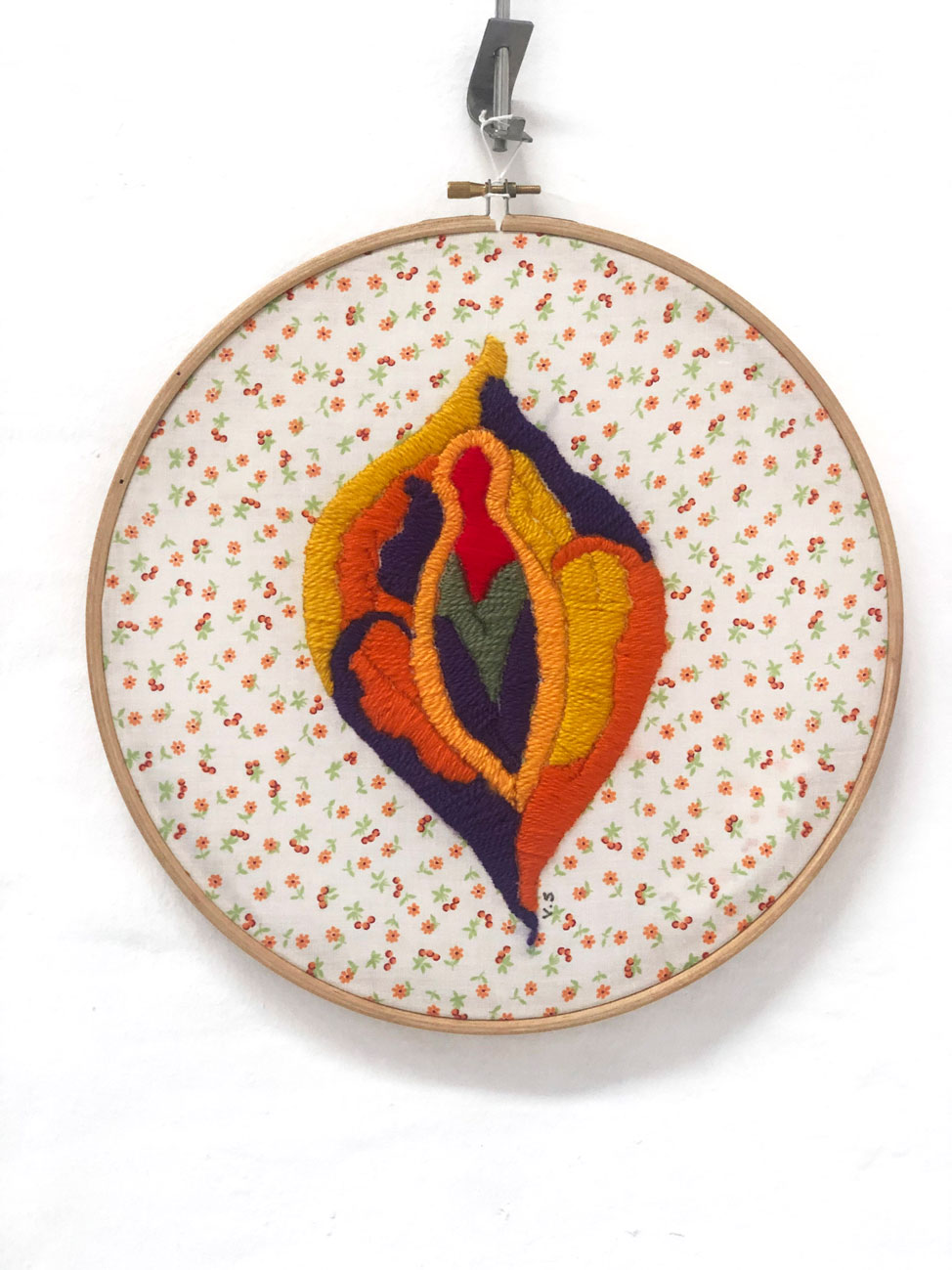