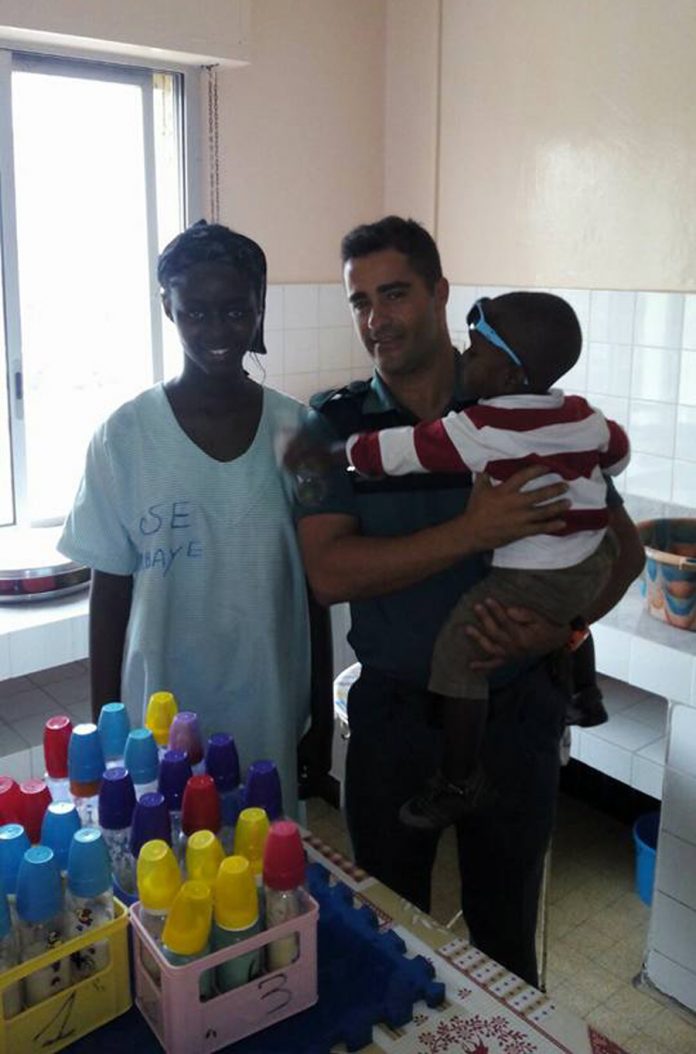 Félix Montenegro was always quite sure of two things: that he wanted to live in The Canary Islands and that his profession would involve helping others.

This is why he didn’t hesitate, when somebody talked to him about that, to sit the public entrance examinations and become a Civil Guard Officer. He didn’t hesitate it either when he travelled to Senegal and had the chance to help in an orphanage. Since then, Felix hasn’t stopped devising campaigns to keep making it true the dream he has had since he was a child: helping those he comes across in his way.

The family history of this man from Galicia is linked to the sea. Having an uncle who was fishing in The Canaries and Saharan Bank and a father who was fishing in waters of many parts of the world, it would have been most probable for Felix to end up working in the Maritime Service of The Civil Guard. However, Felix’ experience in this world started before. When he was 18 he passed the public entrance examinations, and at the age of 19 he packed the suitcases and travelled to Fuerteventura. The Headquarters in Puerto del Rosario were his first destination as a Civil Guard officer. It’s been 21 years since then.
In 1997 he got a proposal to be in charge of setting in motion the Headquarters in Corralejo. «I loved the idea», he states as he assures : «Since I first set foot on Fuerteventura I was sure I wanted to stay in the Island». His love for surf since he got here helped him make this decision.
In 2016 he was offered to work in the European Agency, controlling external borders (Frontex), an organisation in charge of ensuring the safety of people risking their lives while looking for a future in Europe. His first task was in Senegal, where he stayed for four months.
In the mornings he was working, and in the afternoons he practised surf. However, his day to day in Senegal left him some time off that he tried to fill at any cost. «I was told that there was an orphanage that had been run by a Spanish nun, Sor Justina, for many years in Dakar. I went there and I saw what they were doing and I told myself «now that I am here and I have some free time and this opportunity, I’d like to cooperate», he states.
From that moment, Felix found an entertainment feeding babies and playing with children in the orphanage. On a trip he made to Fuerteventura while on leave he came up with the idea of collecting staple goods, using facebook, for the orphan children from Senegal who had become orphaned or abandoned by their parents. He remembers the solidarity from the people in Corralejo and the support given by other Civil Guard officers. «I had more help than I expected. A container was freighted with clothes, milk and other goods» he states. The vessel departed to Senegal in December, 2016. Since then, he hasn’t stopped organising campaigns to help and cooperate with the diverse NGOs. A short while ago he carried out a collection of glasses among the students of the school «Antoñito el Farero». Their destination was Mauritania. He has also cooperated with Jhonaikel José Bolívar Foundation, an association which is teaching surf to young people from Venezuela .The donation for Felix has been 50 lycras.
Out of this humanitarian labour Felix gets «very good experience» and several lessons: «in Europe we all have much more than we need. When you get to Africa and you see people whose home is a TV set cardboard box you realise that we don’t have any reasons to complain».
In Senegal there are about 50.000 child beggars. Many of them have been abandoned by their parents in orphanages and many others try to earn a living begging in the streets or prostituting themselves. When you see things like these «you realise the harsh reality in Africa», he maintains.
This civil Guard officer doesn’t know where he will go on his next trip alone. He hopes it can be very soon, but he is very determined to «keep doing my bit until I retire». 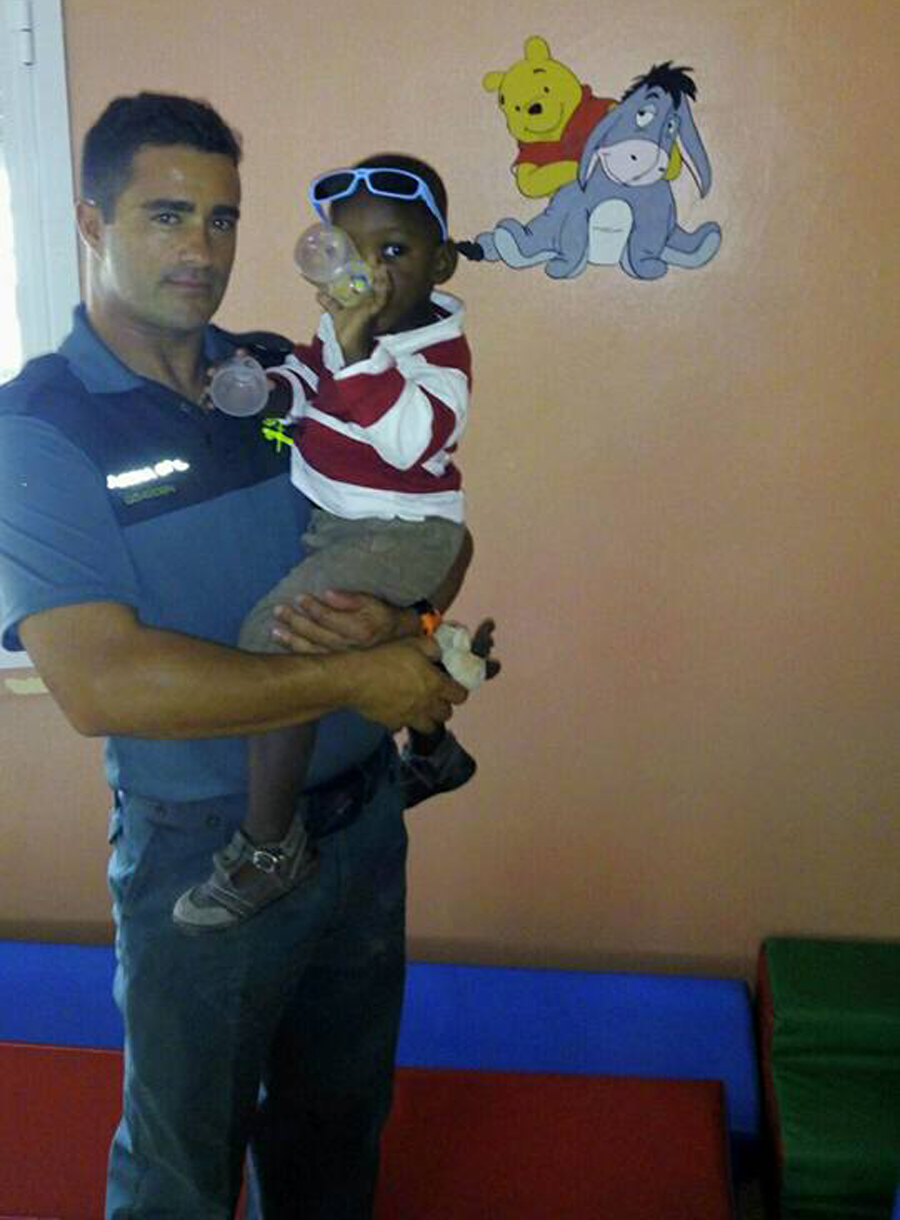 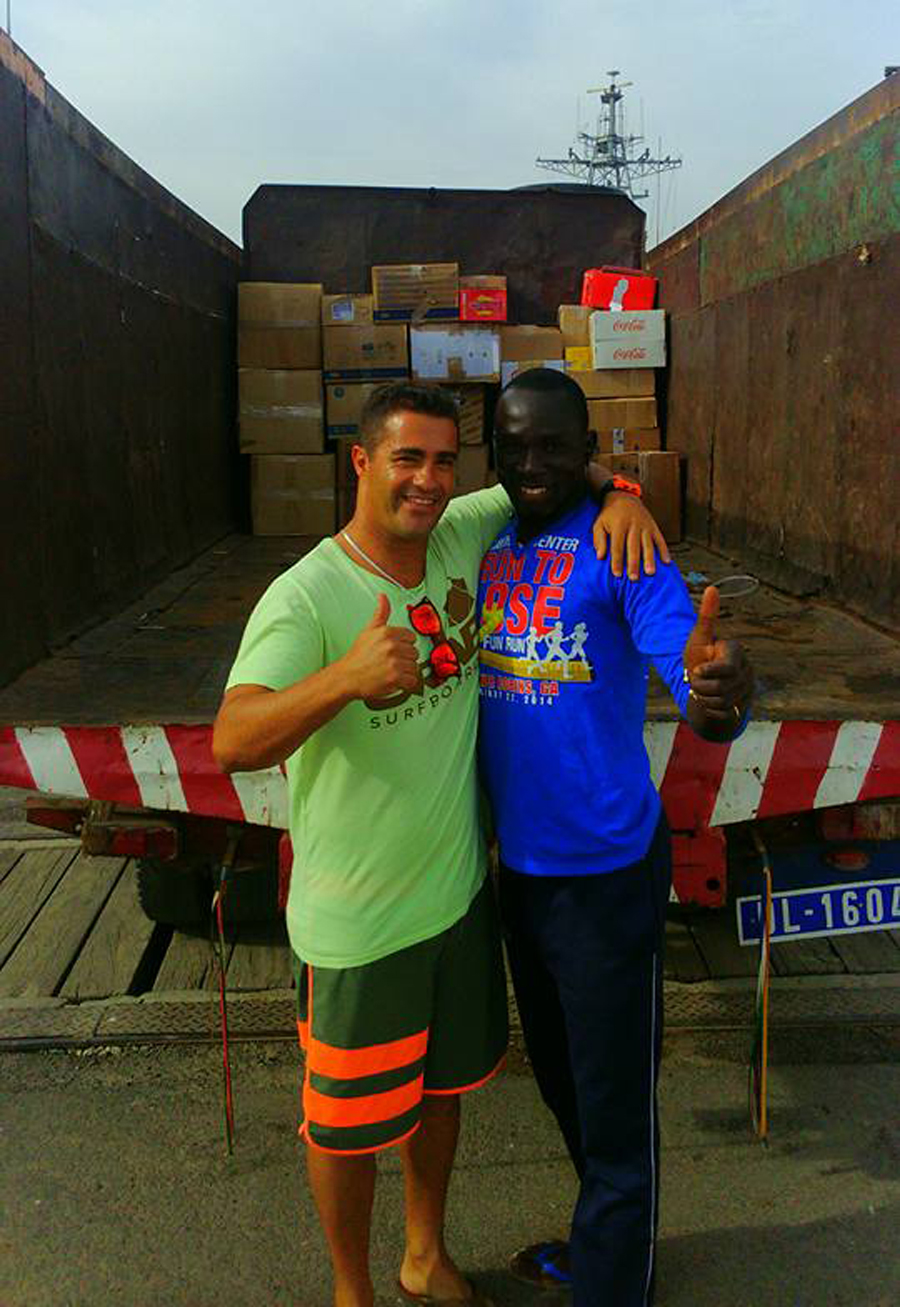