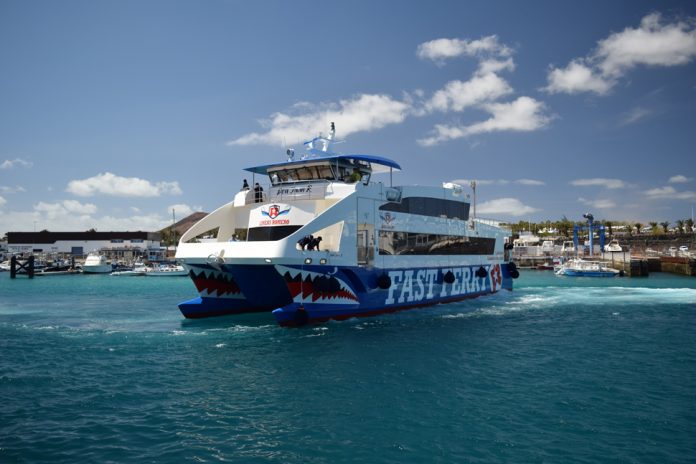 The boat, which will complete the trip in half an hour, is starting to sail on may, 1st

Líneas Romero introduced its new boat Don Juan on Friday 26th April in Playa Blanca harbour. This catamaran is sailing from May, 1st, operating the route between Fuerteventura and Lanzarote in just half an hour. Various local authorities and businesspeople attended the presentation ceremony.

Líneas Romero unveiled the details about this new catamaran in fibreglass, which represents the company’s constant gamble on innovation. Don Juan, named in honour of the founder of the company — Juan Romero Morales —, has a capacity of 340 passengers and modern performances.

This catamaran constitutes an improvement in the offer Líneas Romero has in the strait of Bocayna. In fact, the other two ferries operating this lane, Princesa Ico and El Graciosero, have a travel time of 45 minutes and a capacity of 250 people each. That’s why Don Juan represents an improvement in the service, offering more comfort to its passengers.

The new boat, 30 metres of length overall and 9 metres of beam, was built in the Asturian shipyard of Gondán and will be used to transport people and goods, but no vehicles.

Líneas Romero has a long experience in connecting the islands. Everything started in 1930, when Jorge M. Toledo Betancort founded Naviera Toledo, the sea mail company that connected Lanzarote and La Graciosa. It was only in 1975 that the company’s management was taken by Juan Romero Morales, who was working in it and was married to Juana Toledo González (daughter of Jorge M.). In 1982, the company got his name. In 1985 their four children — Luis, Juan Jorge, Federico y Rosa Romero — inherited the company and are currently in charge of it. Lastly, in 1991 the company got the name of Líneas Marítimas Romero.

Even though the company has never stopped growing, their family values and their love for their island are still intact.

Líneas Romero is now a well-known company with 100% local capital that invests on innovation to keep adapting to new circumstances. The growth in tourism and population brought the company to enhance its fleet and diversify its offer. Today, it offers a regular service of sea connections between Fuerteventura, Lanzarote and La Graciosa through fast, modern ships with the latest technologies. Moreover, Líneas Romero also offers excursions and touristic experiences with specialized guides around the Canary Islands, such as cruises on boats with glass bottom, sailing catamarans and various water activities. 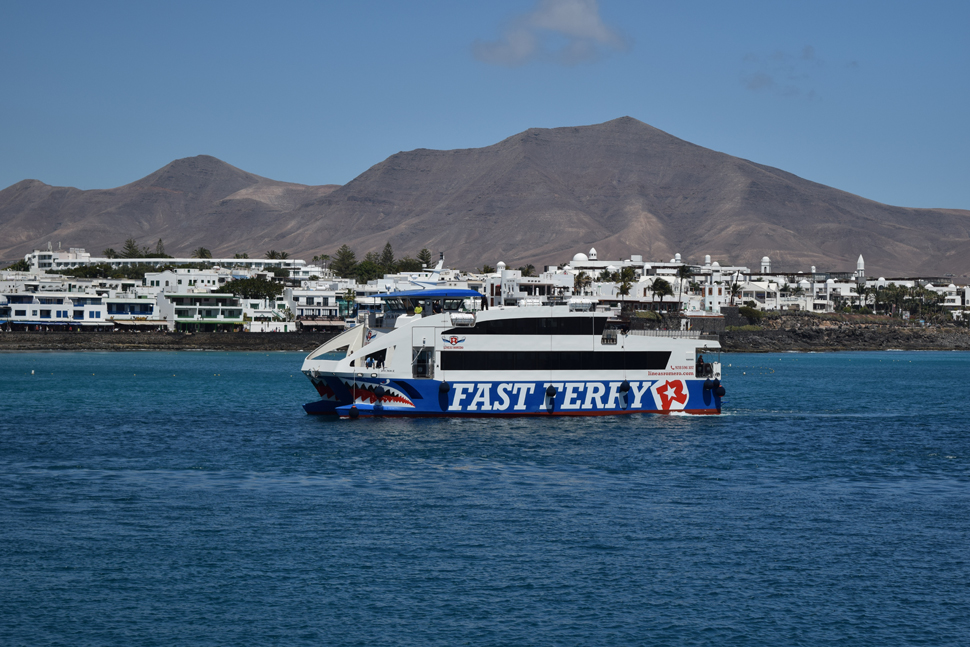 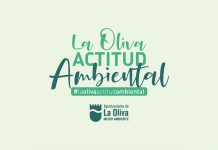 The neighbours of the north immersed themselves in an Environmental Attitude